Faking it is easy. 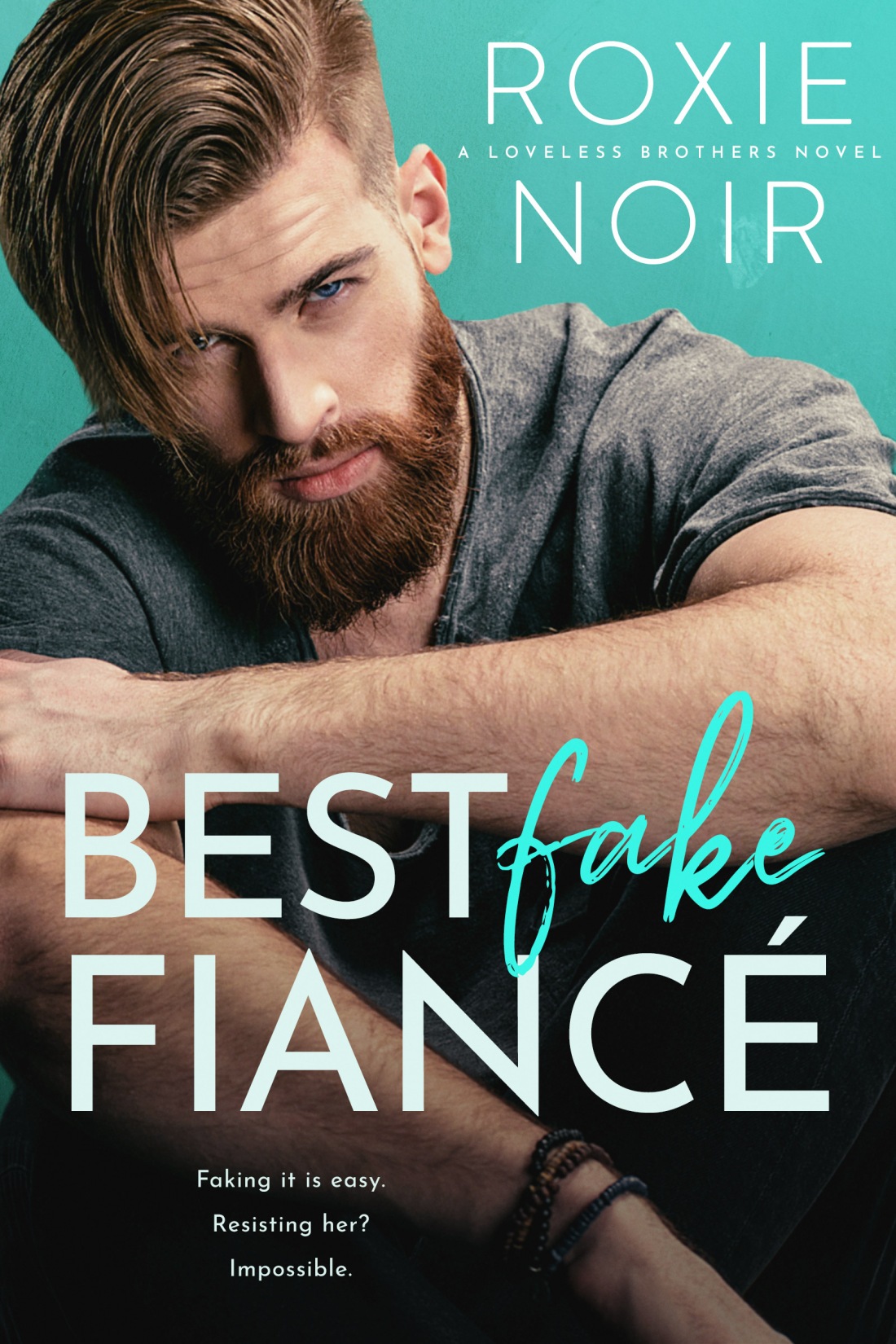 My life has room for exactly two women: my daughter Rusty and my best friend Charlotte — known to everyone as Charlie.

One is a feisty, tomboyish firecracker. The other is my seven-year-old. I can’t imagine life without either.

So when my ex springs a custody hearing on me, I find myself telling the judge that I’m engaged to Charlie.

The only problem? I’m not.

Time to fake an engagement.

Pretending we’re a couple will be no big deal.

We’ve been friends for years. We used to sneak cigarettes behind the bleachers. We turned cans of hairspray into flamethrowers. We got drunk on stolen malt liquor.

She’s beautiful, vivacious, spontaneous, and she loves my daughter to death. It’s the perfect answer: we fake it for a few months, then go back to our lives.

It takes one kiss.

One shared secret and suddenly, I’m not pretending anymore. I want her, I need her in ways I didn’t know I could.

But there’s a lifetime of friendship between us, and falling in love with Charlie could risk everything.

Download your copy today or read FREE in Kindle Unlimited!

“This is an intervention,” Eli says.

“For kissing,” Seth says, taking his place next to Eli, mimicking his stance. “Y’all are terrible kissers.”

Several thoughts all trip through my brain at once. Heat flushes my face. I take a step back.

“Neither of us is kissing you, Seth,” Daniel says, also crossing his arms over his chest.

Next to me, I can feel Daniel’s whole body go rigid.

“The lady’s not kissing you either,” I say before Daniel can say anything.

“No one is here to kiss Seth,” Eli says, shooting him a look. “We’re here to help you kiss each other, because I’ve seen puppets kiss more convincingly than you two.”

A quick flutter of anxiety moves through my chest, waving through me like wind through a wheat field.

“What puppets have you been watching?” I ask, after a second.

“You can find some real weird stuff on the internet,” Daniel offers.

“Everyone quit talking about your perversions and focus,” Seth says, raising his voice. “No one is kissing anyone, except that you—” he points at Daniel, “are kissing her—” he points at me, “because you need people to think you’re actually engaged.”

The flutters are only getting faster, stronger, a gale force wind through the wheat fields because I really do want to kiss Daniel and I really don’t want to do it in front of his brothers, presumably while they shout helpful make out tips at us.

“No one is leaving this room until you stop talking about puppets fucking and start kissing,” Eli says, firmly planted in front of the door.

“Is this because of yesterday?” he asks.

“I’d be the world’s shittiest brother if I saw that travesty and didn’t do something about it,” Seth goes on. “You,” he nods at Daniel, “have somehow gotten yourself into a ridiculous situation where you need to convincingly make out with her,” he nods at me, “to keep custody of your daughter, and you,” he nods at me again, “have inexplicably agreed to this farce. I agreed to do your taxes, by the way.”

“And by God, Daniel, I’m not letting Rusty move to Colorado with the progeny of a demon and a swamp beast, so you better shut up and kiss Charlie.”

“No one kisses normally in front of cameras,” Daniel says. “Look, we kiss just fine. Yesterday there was a photographer saying something, practically everyone we knew was there—”

“Is it just me, Seth, or do those sound like reasons to practice?” Eli says, turning to his brother. “Call me crazy, but maybe they should get better at kissing in public instead of just hoping it never happens again.”

“I do believe you’re correct, Eli,” Seth says. The two of them are talking like they’re in an infomercial, and it might be the most irritating thing I’ve ever heard. “And since they’re not leaving this room until you and I are satisfied, they may as well get—”

“Fine,” Daniel finally says, then unfurls his arms and looks over at me. “Sorry,” he says, his voice softer, gentler.

“They do kind of have a point,” I say, even as my insides twist. “Yesterday wasn’t great.”

Finally, Daniel half-smiles, and he smiles at me, not his dumbass brothers, runs one hand through his hair in his nervous-and-trying-not-to-show-it gesture.

“It was pretty bad,” he admits.

“You jammed your nose into my eye,” I say, laughing.

“Come on,” Seth says, spinning a finger in the air in the universal can we get a move on gesture.

I take a deep breath, turn to Daniel, quiet the flutters, and look up into his sky-blue eyes for a split second.

I love writing sexy, alpha men and the headstrong women they fall for.

I live in California with my very own sexy, bearded, whiskey-loving husband and two hell-raising cats.

Daniel has been a single father to his seven year old daughter Rusty since she was nine months old. When his ex launches a custody battle the fear of losing the most important part of his life has him telling the judge he is engaged to his best friend Charlie which is much a surprise to Charlie as the rest of the town.

There isn’t anything she wouldn’t do for Daniel and Rusty so if pretending to be engaged is what they have to do then she is all in despite her concerns that she may be more of a detriment than a help.

Daniel and Charlie were so fun together and this is definitely a case of opposites attract. They are more like the odd couple as Daniel is regimented and detail orientated while Charlie is carefree and takes life as it comes. This only makes their relationship that much sweeter and the love they both have for Rusty will melt your heart.