I will always be here for you. There isn’t a world that exists where I’m not gonna be around for you.

When the Time is Right, a funny, sweet and emotional standalone from USA Today bestselling author Aly Martinez and M. Mabie is available now!

Hudson Bradley is the cockiest, most stubborn, hard-headed man I’ve ever known. And for fifteen years, he’s been my brother’s best friend.

But lately, what I’m feeling for him isn’t friendship at all.

Why is my heart racing every time his blue eyes lock on mine?
Why does every word he rumbles in my ear make my body come alive?
And worst of all, why did I bet him that I could find a woman he and his son would both love?

If I hadn’t given up on love altogether, Hudson would have been perfect for me. After all, he was there the day my world fell apart. He’s spent the last six years piecing me back together.

There are a million reasons why we could never work, but after a single kiss, I can’t remember any of them.

Now that the time is right, I have to make him mine—before I lose him forever. 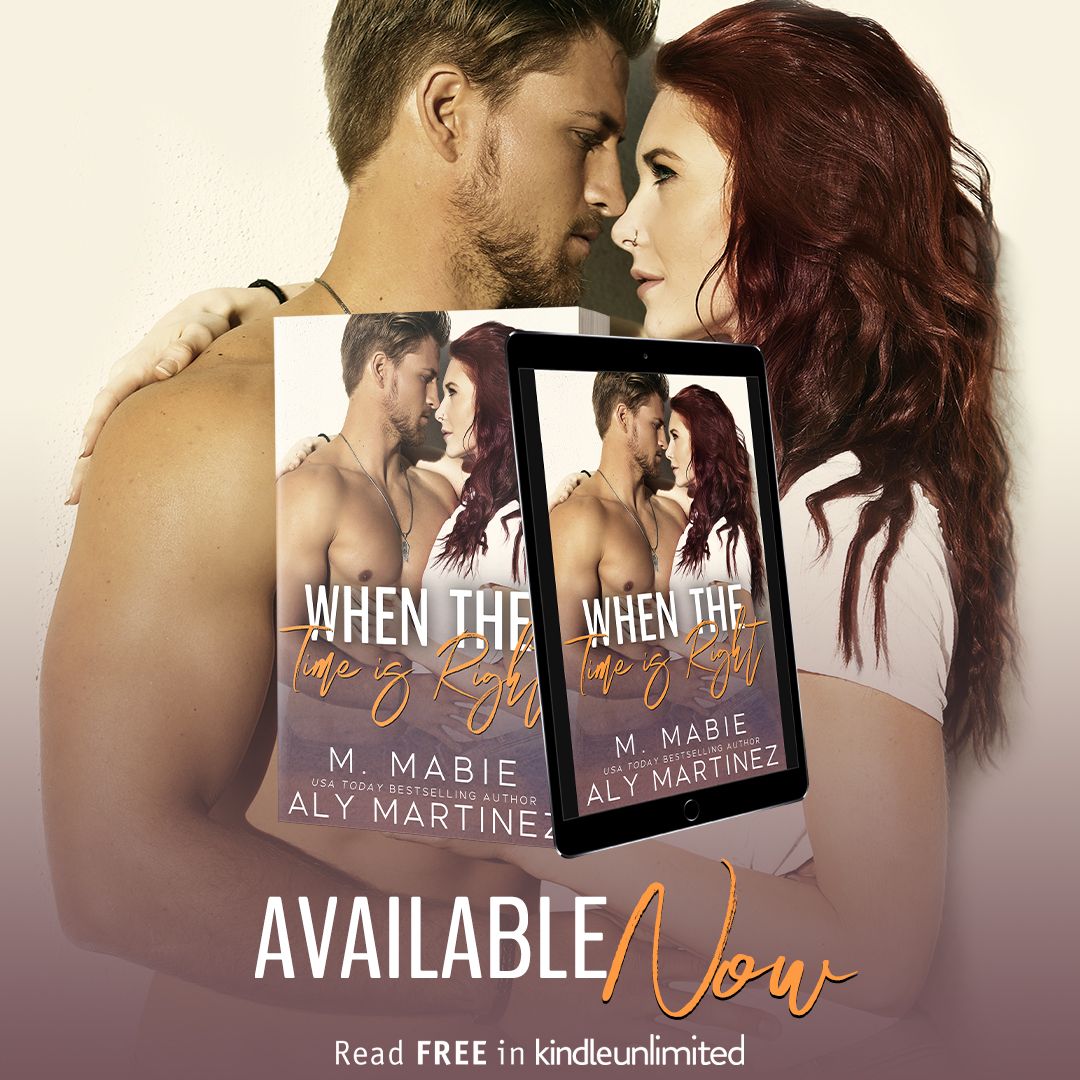 Add WHEN THE TIME IS RIGHT to Goodreads: https://bit.ly/3gYGYXu

I did everything I could to not make eye contact.
Actually, my MO for the past week had been no contact period, but that was a little hard to do when the guy you’re dodging knows things about you. Specifically, the lock code on your front door.
“You can go home, Hudson. I’m fine.” Out of my periphery, I watched him perch his hands on his hips.
“No,” he argued. “Not until we figure this out.”
So he had noticed my ghosting. I hoped he wasn’t as good at calling my bluff.
“There is no this.”
“What about what you said at the—”
“Yeah, I must have had a cold or something. Whatever it was, I’m over it.”
Lies. Lies. Lies. Hopefully, I’d start believing them.
“Over it?”
“Yep. Hey, how was your date?” My topic-swapping skills were on point. When he stopped, only an arm’s length away, I finally seized what scrap of pride I had and looked up into his blue eyes. “Are you seeing her again?”
He huffed. “Well, that’s kind of up to you.”
“Me?” I dropped the spoon into the sink and put the ice cream down so I could cross my arms over my chest. “What do I have to do with it?”
His lids fell shut, and he tipped his head at the ceiling, stretched his neck from side to side, and then brought his gaze back to mine. “Kate seems to think that, maybe, I have a thing…for you.”
My face flushed hot, and I wondered if maybe I’d fallen down trying to get out of my leather skirt earlier and I was dreaming, passed out on my bedroom floor. The issue with that theory was I could smell him, feel the warmth from his body in front of me, and see his heartbeat thumping in the vein in his neck.
This was real, but I still wasn’t sure I could handle it.
“Well, that’s just, uh, dumb,” I contended weakly. Shaking my head to rattle myself back to sanity, I asked, “W-why did she say that?” I tried to laugh, but it was as fake as my gusto.
“Because, apparently, I talked about you the whole night.”
Okay, I was wrong. I’d thought riding in a car with him and seeing him shirtless and watching him play with Jack and seeing how much he loved my family and having him touch me and avoiding him all week had been torture.
This moment was a whole new level of torment.
“So?” I said childishly.
It didn’t matter how I felt or what I wanted. I couldn’t just leap into his arms and expect everything to turn out the way it was supposed to. That’s not how my life worked.
“So I need to find out if this, whatever’s been building between us, is something.”
Wouldn’t that be nice? Up until that very second, it had all been one-sided. I’d racked my brain all week to understand why I’d felt the crazy things I did about him.
“How you gonna do that?”
“We’re going to kiss,” he stated very matter-of-factly, and then he closed the distance between our bodies.
“We are?” I whispered. My voice had all but left the building.
“Unless you stop me right now.”
I wanted to.
I didn’t want to.
I was scared.
I was excited.
But mostly, I wasn’t stopping him. 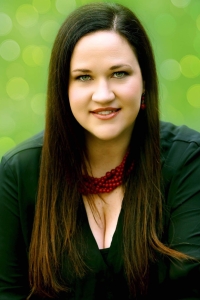 About Aly
Originally from Savannah, Georgia, USA Today bestselling author Aly Martinez now lives in South Carolina with her husband and four young children.
Never one to take herself too seriously, she enjoys cheap wine, mystery leggings, and olives. It should be known, however, that she hates pizza and ice cream, almost as much as writing her bio in the third person.
She passes what little free time she has reading anything and everything she can get her hands on, preferably with a super-sized tumbler of wine by her side.

About M. Mabie
M. Mabie lives in Illinois with her husband. She writes everything from steamy romantic comedies to angst-filled, pull your hair out drama. She enjoys it all. With her unconventional love stories, she tries to embody “real-life romance.”

She cares about politics, but will not discuss them in public. She uses the same fork at every meal, watches Wayne’s World while cleaning, and lets her dog sleep on her head. She has always been a writer. In fact, she was born with a pen in her hand, which almost never happens. Almost.

Due to his friendship with Alexis’s brother she and Hudson became best friends as well. He is a divorced single father to his seven year old son Jack and although Alexis plays an important part in both his and his son’s life he had never seen her as more than a friend until their agreement to set each other up on dates has unexpected results.

Alexis has loved deeply but when that came to a tragic end she was drowning, and it was Hudson who was there to help her heal and move forward with her life. She doesn’t know what she would have done if he hadn’t been there when she needed someone the most and although she loves him it was never a romantic love until they both begin dating other people and finally see what has been in front of them all this time.

The relationship between these two is beautiful whether it was friends or lovers. Their interactions are both humorous and hot and the feelings so relatable but it is the way they always put the other first and how they react to the shift in their relationship that makes this story and their love so magical.