Skip to content
karisbookreviewsandrevelations Uncategorized October 11, 2020October 12, 2020 6 Minutes
We’re so excited to celebrate the release of 𝐕𝐚𝐫𝐬𝐢𝐭𝐲 𝐑𝐮𝐥𝐞𝐛𝐫𝐞𝐚𝐤𝐞𝐫 (The Varsity Series, Book 3) by Ginger Scott? We are in love with Cannon and have a hard girl crush on Hollis! This is the final book in a mature YA romance series! Check out the excerpt below and one-click yours today!

Book 3 in The Varsity Series by Ginger Scott
Hollis Taylor is allowed to break the rules. She’s coach’s little girl. And she’s good. If that means she gets to bump one of the guys for the starting catcher’s job on the Public High baseball team, then the others on the squad better suck it up and deal.
But breaking rules has taken Cannon Jennings far in life. One of the nation’s top pitching prospects, he came here to throw to his cousin and show college recruiters everything he could do on the mound. Taking his signs from a girl was not part of his blueprint, especially one that screwed over his favorite relative and best friend.
Too bad he broke the biggest rule of all before he knew exactly who she was.
It was just a New Year’s kiss. Totally forgettable. Especially under the circumstances.
So why can’t he stop thinking about it?
This is book 3 in The Varsity Series by Ginger Scott. You can start this series of stand-alone mature YA sports romances now with Varsity Heartbreaker and Varsity Tiebreaker.

His stare is decisive. No more blinking lashes to lull me into submission. I’m being dissected solely by the dominant glow of his swimming-pool blue eyes. His nose is pink from being out in today’s sun and reflective clouds. His wet hair is drying right before my eyes into touchable waves that I imagine in my fingers. I’m thankful my arms are crossed to hide them because I can feel them twitch.

I flinch at his sudden answer, most of me prepared for him to bail on this little wager. By the way he rounds the table and motions with his hand for me to step back, I start to tremble at the knees. Cue ball palmed in his left hand, stick grasped in his right, he steps into the space between me and the table and comes close enough that I can feel the warmth of the breath he exhales from his nose.

“Pardon,” he says, and I step back several feet to lean against a pub table.

Cannon positions the ball a little off-center then dabs one more dusting of chalk on the end of his cue, blowing the dust away while he looks at me, his eyes focusing away from the tip of the stick and onto my gaze. His mouth quirks on one side, and it’s in that small look that I know I’m done. I’m so fucking screwed.

He lunges over the table in a smooth pivot, bringing the stick back slowly and getting the feel of the slide before letting it rip, knocking the balls in all directions and quickly sinking one of each—a solid and a stripe. His eyes on the center of the table, he rounds it, his tongue sticking out the way Michael Jordan’s always did when he was deciding whether to put the game away with a dunk or a little fadeaway from the top of the key.

“You got a preference?” he asks.

“I…well…” I stumble on my words, his sudden confidence really nailing me to the floor.

He chuckles then bends down, lining up a shot at a solid.

“It’s alright,” he says, quickly leaning his head to one side to glance up at me and wink. “It won’t matter.”

And it doesn’t. He proceeds to sink his initial target, and then every other solid ball on the table, sometimes two at a time. I’m half expecting him to drain the eight-ball without even looking. He has to work at it a little, though, what with so many of my balls still on the table and in his way. He calls the side pocket and when the ball falls in easily, I breathe out heavily enough to flap my lips, then I drop my stick.

“Two out of three?” I scrunch my lips up with my pathetic attempt to regain my edge.

“You think it will matter?” He lays his stick on the table and saunters toward me.

My nervous knee begins to twitch, and I find myself rocking where I stand to try to keep my legs busy and my blood flowing. Cannon stops about a foot away from me, and he looks down at the floor as he slips his hands into the pockets of his jeans. I draw in his scent, letting it numb my nerves like the venom of a scorpion. I got sloppy, arrogant even. And that trust I felt so sure of is waning a little now that he’s calling in his bet. I gave him a free pass to surprise me, to ask something of me or dare me or…that’s the thing. It’s the unknown. I did that. I did that!

My hands balled into fists at my sides, I roll my shoulders back and lift my chin, determined not to let my worry shine through.

“Bet’s a bet,” I say, shaking my head with tight lips. I had no idea I was going up against a pool shark.

“That it is,” he says, glancing up while keeping his head low. The way he peers at me through the strands of his hair that now shadow his eyes is both ominous and so freaking enticing.

“Five a.m. Saint Peters Gulch. Tomorrow.” He leans in and for a moment I think he’s going to kiss me, but instead he pauses while forward on his toes. “I’ll let you know what you owe there and then.”

I swallow and he sees it, his eyes darting to that place on my neck that betrays my bravado.

He laughs lightly and falls back to give me some space.

“Relax, Hollis. I’m sure you’ll be able to handle it.” With one last wink, he brings his hands from his pockets and claps them a few times to remove any leftover chalk. I force myself not to look over my shoulder as he leaves, and I keep that promise to myself, spending the next twenty minutes playing out the rest of the balls on our table and realizing I never even had a chance.

Hollis not only loves baseball, but she has the skill to back it up. She knows that she is facing an uphill battle with her new team as she already has two strikes against which are the fact that she is a woman and that her father is the coach but she has never been one to back down from a challenge.

The success of the team is vital to Cannon if he wants to pursue his dreams of pitching in college and the catcher will be an important part of his success. He wants the familiarity of his cousin Zach behind the plate and not the girl he shared a romantic moment with and now he finds himself torn between love and loyalty.

Hollis is feisty and fiery while Cannon was originally conflicted but the man that he truly was emerged as the story progressed and they show that they are perfect for each other whether it comes to baseball and romance. 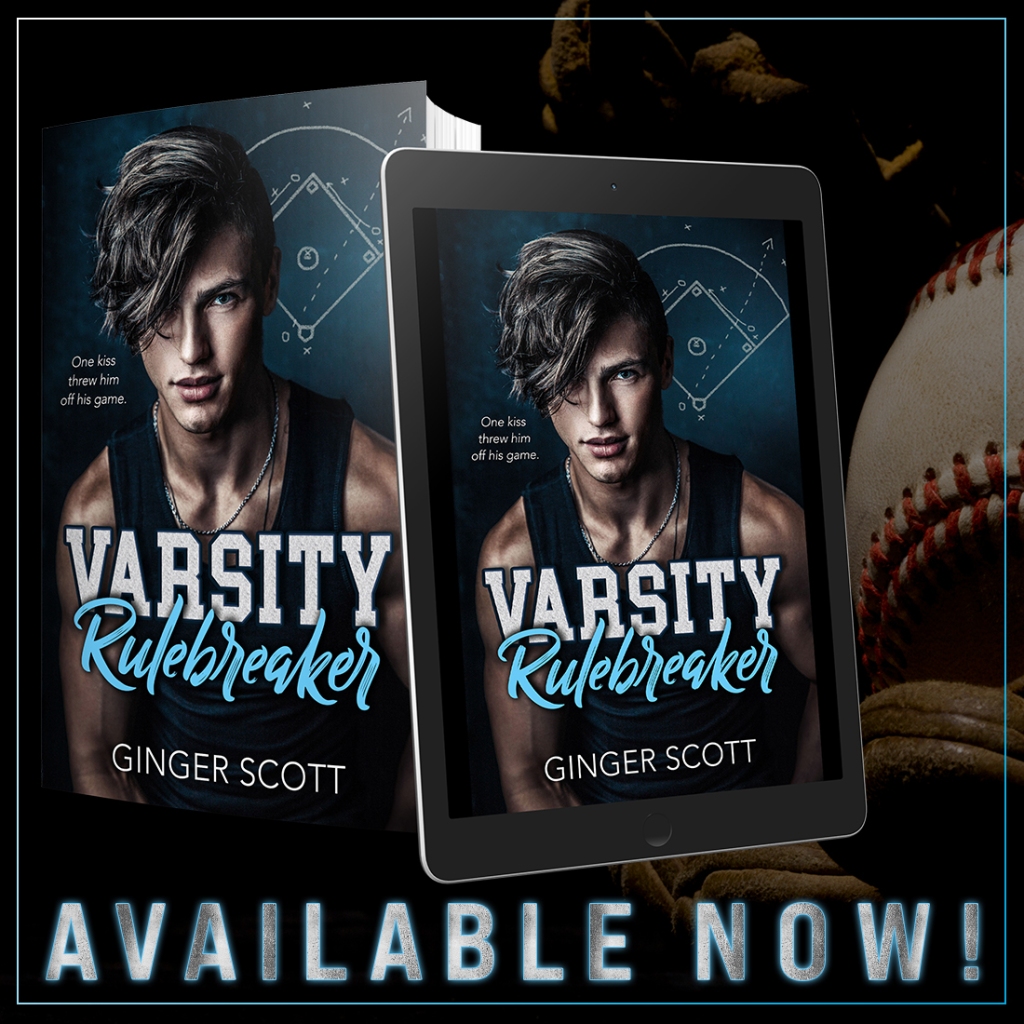