Title: From Our First
Series: Promise Me #4
Author: Carrie Ann Ryan
Genre: Contemporary Romance
Release Date: December 8, 2020
BLURB
New York Times and USA Today bestselling author Carrie Ann Ryan concludes her steamy contemporary stand-alone series with a secret that no one saw coming.
Nate Brady and Myra West have been keeping a secret, though not just from their group—also from each other. Getting married when they were barely adults wasn’t in the cards when they made their plans for their future. Divorcing one another amidst pain and heartbreak wasn’t either.
Years have passed, wounds have scabbed over and scarred, but their anger remains.
If the two can open themselves to the impossible, they might be able to take that second chance. Only they’ll also have to fight their fears, the lies between them, and the desire they thought long gone.
Except they aren’t alone in their secrets, and if they aren’t careful, they may just be taking them to their graves.
ADD TO GOODREADS 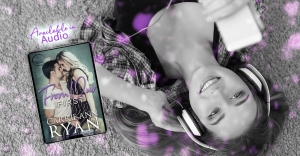 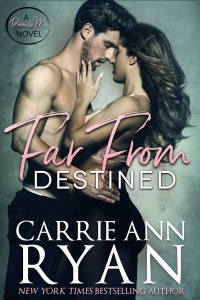 Now that her three friends have found their “ones” Myra can no longer put off going on the blind date that they arranged. She has been keeping a secret so the one person she doesn’t want it to be is Nate but fate has other ideas and now they find themselves having to face the past they have never overcome.

When Nate married Myra they were young and thought their love was invincible however neither was prepared for the obstacles that they would face. Misunderstanding and outside forces broke them apart and the hurt they both carry makes it feel like it was only yesterday. When his brothers set him up with Myra will it be their second chance or are they destined for heartbreak once again?

Nate and Myra have always loved each other and they still have a lot of challenges to face if they are to have the happy ever after they both deserve.