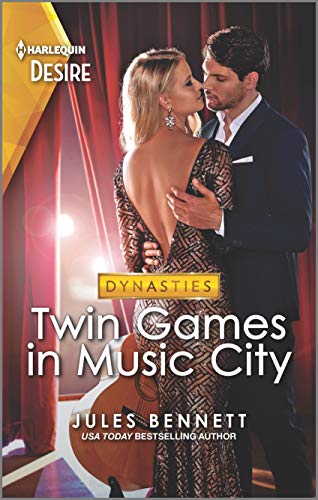 Country singer Hannah Banks wants what she shouldn’t have.

The owner of her new label—the man in charge of her career—is way too hot. So hot he’s all she can think about… So to put distance between them, she poses as her quieter twin sister. That should keep temptation away…

Except Will Sutherland doesn’t play games. He wants the real Hannah—in his studio and in his bed—as long as what’s between them stays their secret. But when an old rival uncovers the truth, Will must choose between playing the press or playing for keeps…

Hannah has grown weary of having no input or control when it comes to her singing career with her existing record label, so she has sought new representation with Will and his company. From their first meeting the chemistry ignites and although she knows getting personally involved could be detrimental to both their careers that is easier said than done.

Will is attracted to his new client in a way that is both unwanted and undeniable. Although she may look like her twin the way he feels around her is very different and he is one of the few people that can tell them apart. When their secret relationship is about to be revealed both he and Hannah have a choice to make.

The chemistry between them is intense but it is the way they put the other first that makes them so perfect for each other.