Title: My One Night
Series: On My Own #1
Author: Carrie Ann Ryan
Genre: Contemporary Romance
Release Date: April 13, 2021
BLURB
A one-night stand is supposed to end once the sun rises. Only it doesn’t always work out that way.
I never expected this.
I didn’t want to go to another fraternity party, but when my friend pulls me in, I somehow find myself hiding in a corner with…him.
Dillon Connolly.
The smirking, so-called good guy with the shadows in his eyes.
A single glance, a sweet smile, and I let myself have one night of giving in.
I never expected her.
Elise Hoover haunts my dreams more than I care to admit. I never thought I stood a chance—until she said yes.
When a single night turns to two, I know I’m in over my head, but somehow, she makes me believe I can have anything.
Until the sun rises, and my past along with it.
I know I don’t deserve her, but now I have to fight to keep her…or save her from myself.
ADD TO GOODREADS 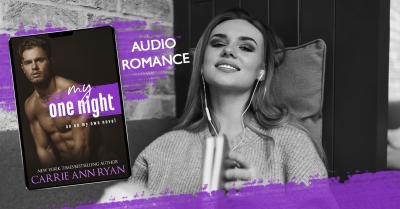 Dillon has overcome a painful past and is looking forward to what the future holds as he starts college. He is very close to his family and he doesn’t want to disappoint them or himself by not focusing his attention where it belongs which is on school. He never expected the aftereffect that one party and one night with Elise would have on his life.
Elise is attending college to study and has little interest in the social aspect that goes along with it. When she is convinced to attend a party she never expected the chemistry and connection that she would feel for Dillon and that their one night together would be the beginning and not end.
Dillon and Elise take us on an emotional journey as they need to deal not with the pressures in the present but their pasts as well. Dillon is patient and understanding shines through as he gives Elise exactly what she needs as they face their challenges and fight for their love.
ALSO AVAILABLE 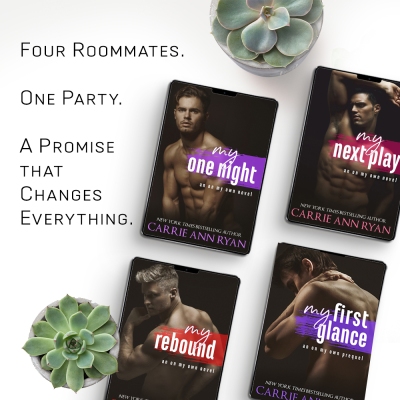