🎧Flock from Kate Stewart on Audio!🎧

Can you keep a secret?

I grew up sick.⁣ Let me clarify: I grew up believing that real love stories include a martyr or demand great sacrifice to be worthy.⁣ Because of that, I believed it, because I made myself believe it, and I bred the most masochistic of romantic hearts, which resulted in my illness.⁣ When I lived this story, my own twisted fairy tale, it was unbeknownst to me at the time because I was young and naïve. I gave into temptation and fed the beating beast, which grew thirstier with every slash, every strike, every blow.⁣

Triple Falls wasn’t at all what it seemed, nor were the men that swept me under their wing. But in order to keep them, I had to be in on their secrets.⁣ Secrets that cost us everything to keep.⁣ That’s the novelty of fiction versus reality. You can’t re-live your own love story, because by the time you’ve realized you’re living it, it’s over. At least that was the case for me and the men I trusted my foolish heart to.⁣ Looking back, I’m convinced I willed my story into existence, due to my illness, and all were punished.

The Ravenhood trilogy is a gritty, modern-day take on Robin Hood filled with suspense, thrills, and all the feels. 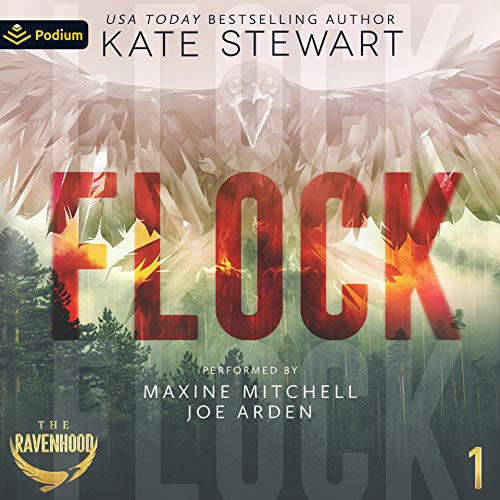 🎧Review🎧
Cecelia has more responsibility on her shoulders than anyone her age should have to bear so when she finds herself not only living with the father she doesn’t know but working at his corporation she is willing to agree knowing that in one year she will be able to live the future she wants.

She has always done what was expected of her and been the daughter that most parents would wish they had. When she meets a co-worker, she is drawn into a world she doesn’t know or understand and is conflicted between her mind telling her to run in the opposite direction and her heart telling her to stay.

So many secrets, so much intrigue and heat that radiates off the pages all lead up to an epic cliffhanger that leaves us needing to know what the future holds for Cecilia. The narrators were a perfect choice for the characters and the story.