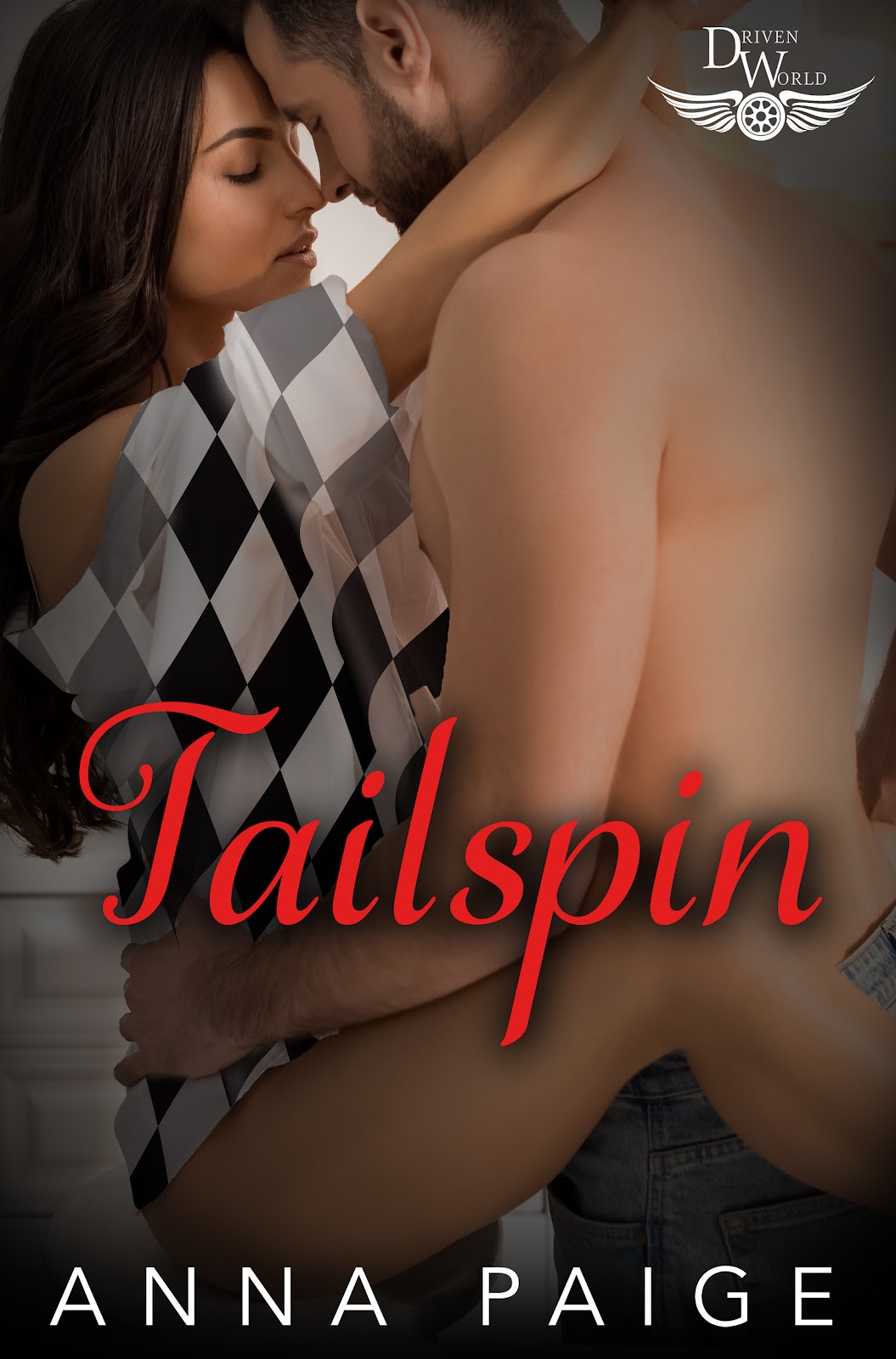 When I left Harrington Heights, I vowed never to return.
In the years that followed, I built not one empire but two.
Aidan Wright no longer existed.
Now, I was Aidan Decker.
Finance mogul. Race team owner.
I had the world at my feet.
I should have been happy.
Or, if not happy, at least content.
But I was neither.
What was worse; I had no idea what to do to fix it.
Not until an old friend talked me into coming dangerously close to the hometown I despised to celebrate his upcoming nuptials.
A bachelor party.
At a gentleman’s club.
And who should appear onstage but the only girl I’d ever loved.
The girl I couldn’t bear to hold back because I knew she was destined for so much more than “The Heights” had to offer.
More than I had to offer back then.
The girl who’d long ago abandoned this place to chase her dreams of starring on Broadway.
Dreams changed; I knew that better than anyone.
But there was one dream I’d held tight to since I was fourteen.
And it was right in front of me for the first time in a decade.
I wasn’t about to let her go a second time.

Aidan Decker.
Everyone knew the name.
Even I knew it, if only in passing.
But until I strolled into the club that night, I had no idea that Aidan Decker was Aidan Wright.
My Aidan.
My best friend growing up.
The one who bid me goodbye on graduation day with a single, sweet kiss and a promise I never forgot.
Not even after ten years apart.
Unfortunately, we were completely different people now.
Maybe all that had changed about him was his name.
But my whole world imploded and the girl he knew was long gone.
The friend he’d shared his dreams with was living in a nightmare, one to which he didn’t deserve to be exposed.
All that was left was pain and fear and the will to survive.
There was no way I could let Aidan back in.
No matter how much I wanted to.
We might have been in the same room for the first time in years, but we were still worlds apart. 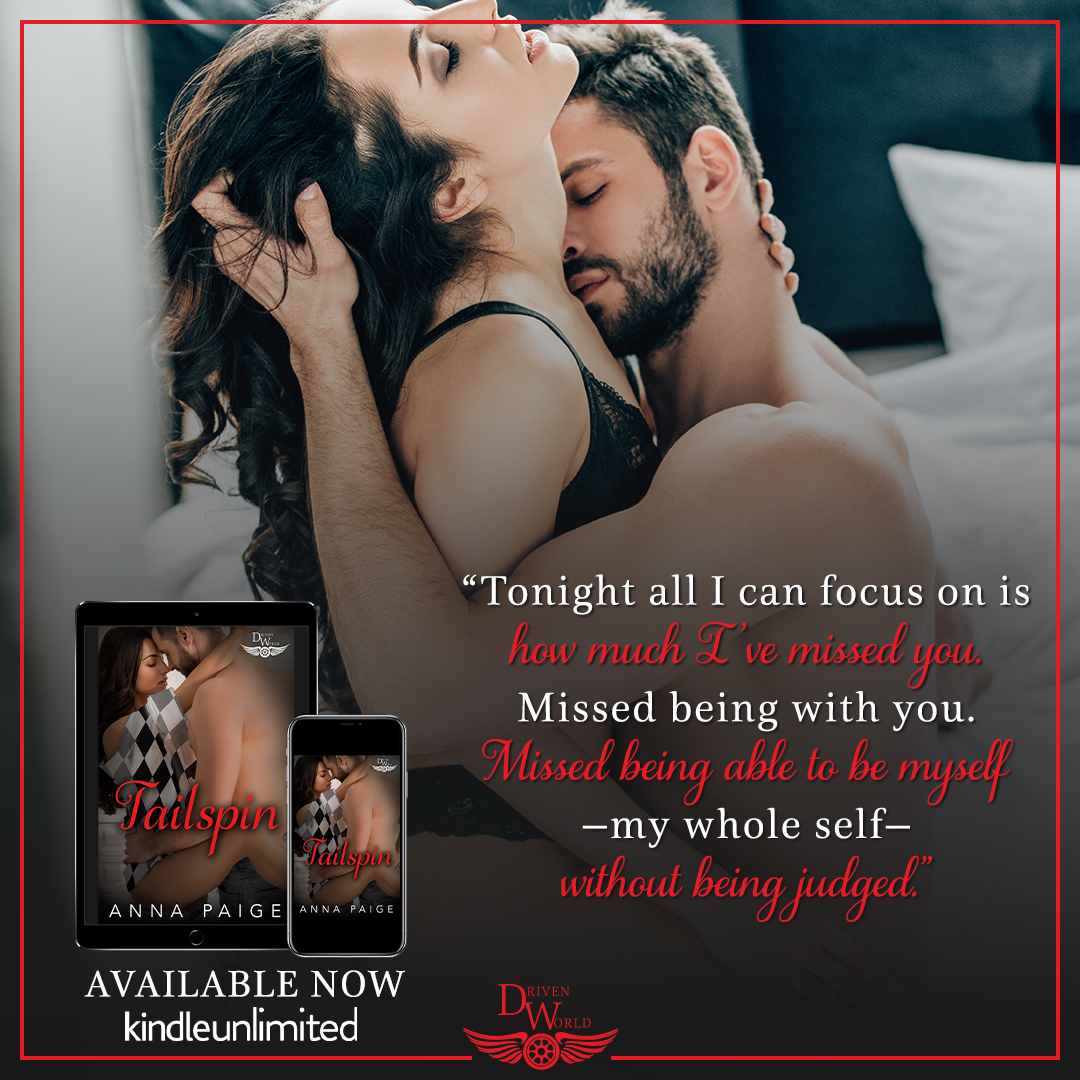 Download today or read for FREE with Kindle Unlimited!
US: https://amzn.to/3tknu4p
WW: http://mybook.to/tailspinkbw 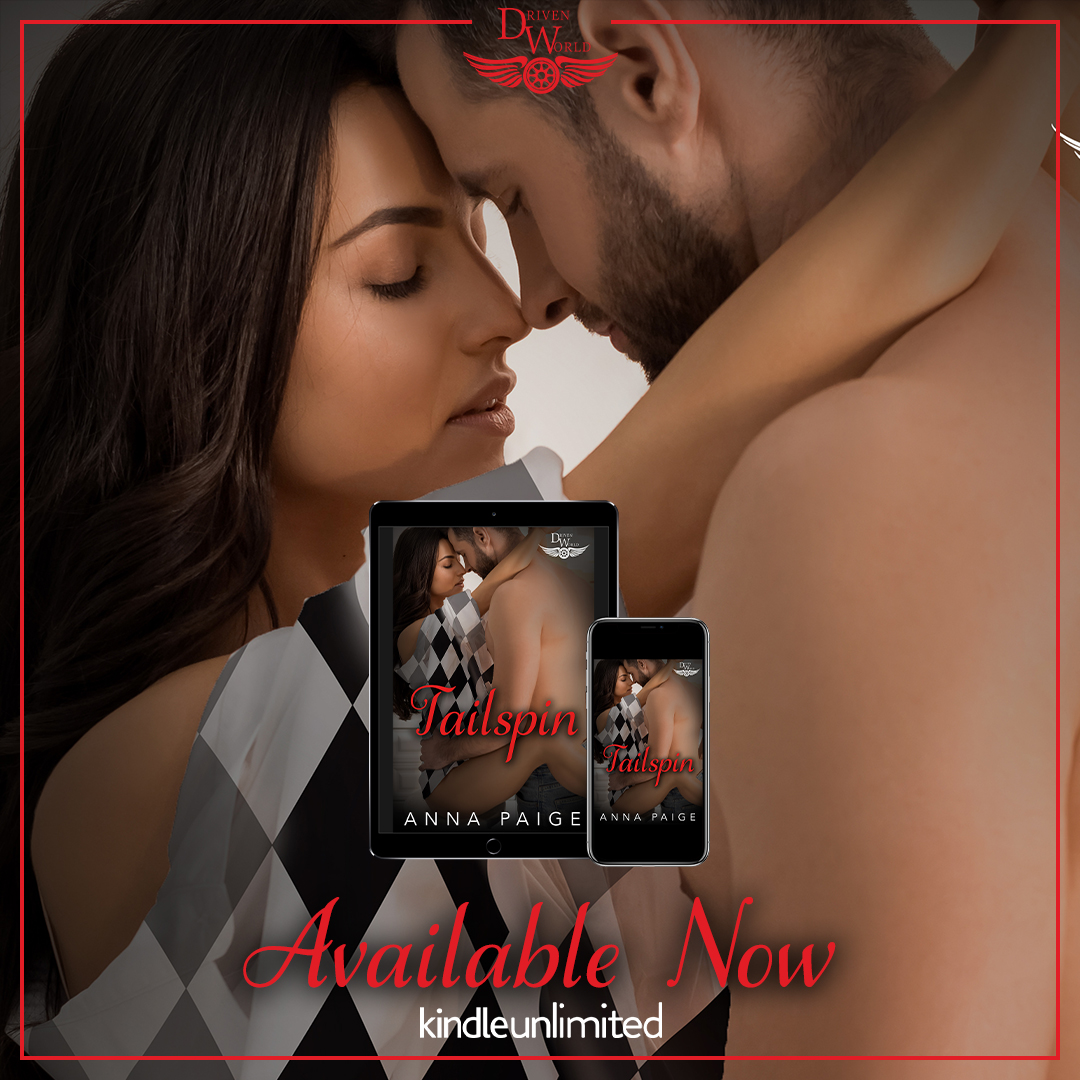 When she was a teenager Kinlee fell in love with her best friend Aidan however it wasn’t meant to be, so she never shared how she felt and they left each other’s lives as friends. A decade later fate brings him back into her life, but the intervening years have not been kind to her, and she doesn’t believe that their reunion can end any differently than what happened in the past.
There is no denying the professional success that Aidan has achieved he has never forgotten the girl who owned his heart. Although they are brought together under the most unlikely of circumstances and although he doesn’t know a lot about what happened while they were apart the one thing he does know is that he isn’t about to repeat the mistakes of the past and let her walk away a second time.
The chemistry and connection between Kinlee and Aidan hadn’t diminished over time as they take us on an emotional journey we won’t soon forget. 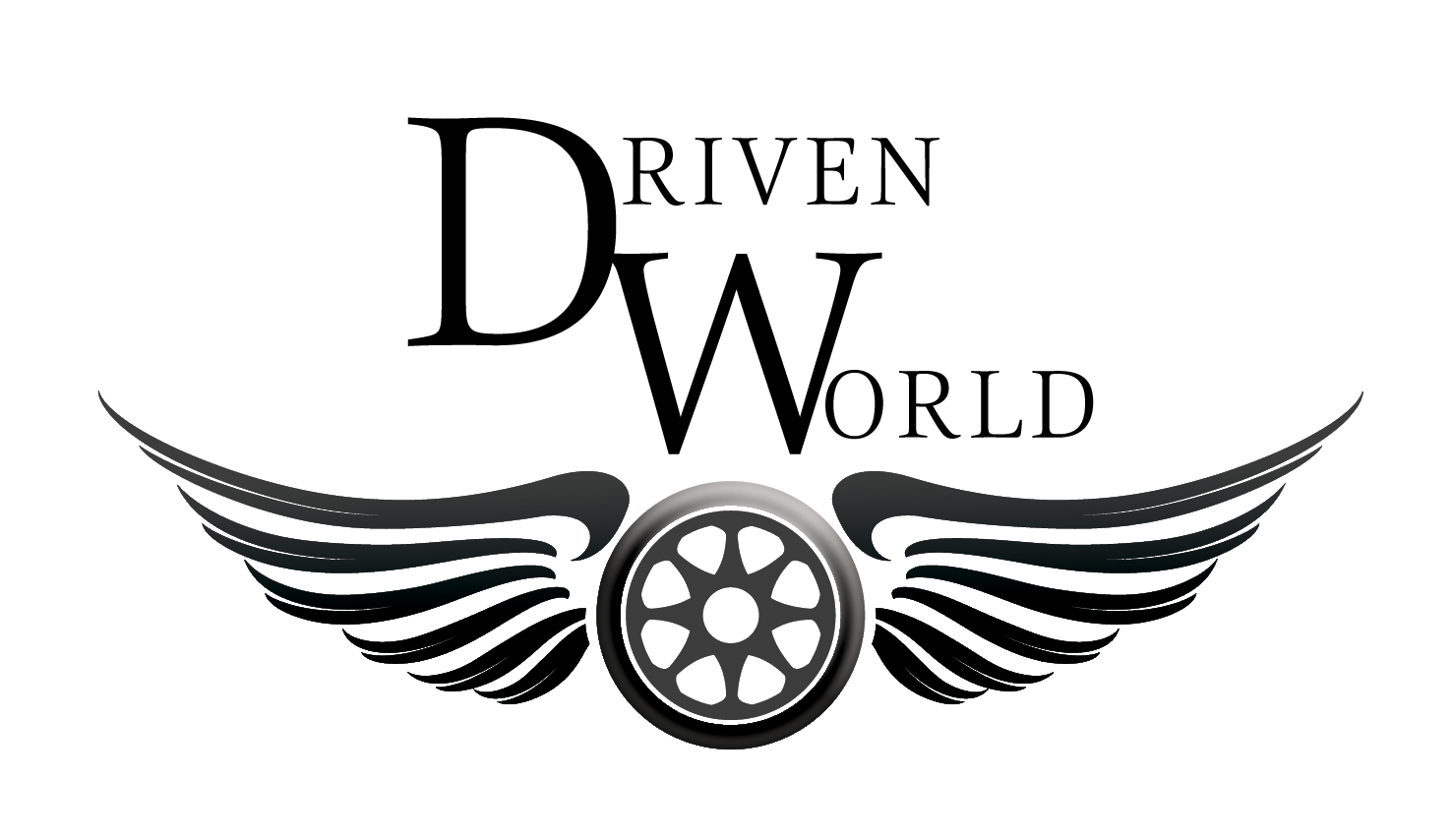 Tailspin is written in New York Times Bestselling author K. Bromberg’s Driven World, which is one of two KB Worlds projects that launched in August 2020. With over 100 authors, who were selected by and are working with K. Bromberg, these stories will be fan fiction at its finest—and sexiest. Devoted fans of the Driven and Everyday Heroes series will have the opportunity to revisit their favorite characters and settings. Ariana Rose is returning to the Driven racetrack and putting her spin on this smoking hot, fast-paced and addictive world. You can find out more about K. Bromberg and the KB Worlds at kbworlds.com. 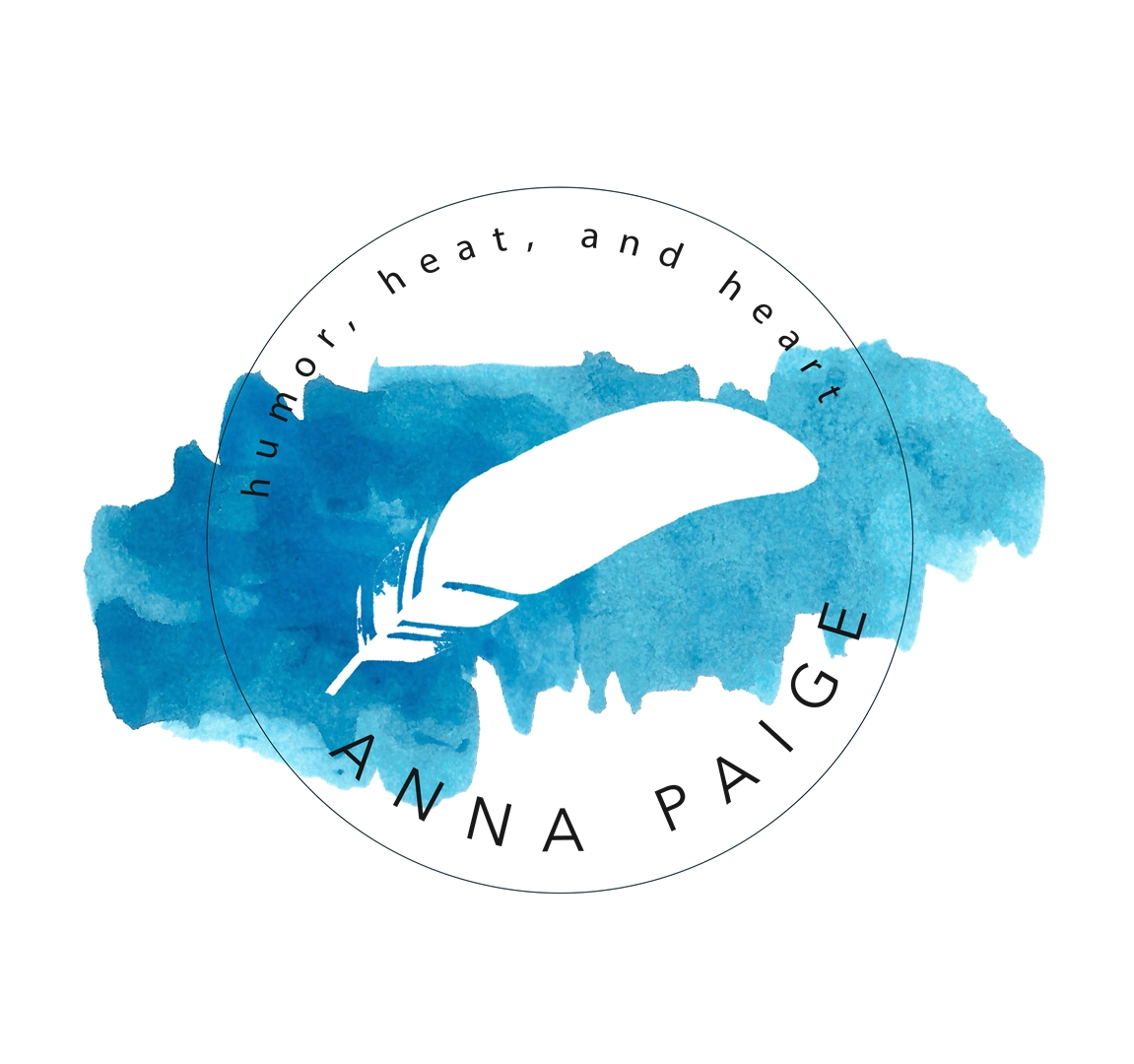 Anna Paige is the author of the Broken series, the Thrill of the Chase series, and several sexy standalones including: Off Script, Holding Out for You, and Tailspin (A Driven World Novel.)

She lives in a rural town in North Carolina where the only activity is the rhythmic color change of the solitary stoplight and a very real threat of being carried away by mosquitoes. The only alternative to terminal boredom is writing, making life interesting if only on the page.

Anna is happily married, with one amazing son and a pair of hilarious pets. When she’s not writing, she’s trying to make a dent in her TBR pile. Given that she’s constantly adding new titles to the list, the chances of her ever finishing are slim.

And she’s completely fine with that.