“All of the FEELS!” – Jen’s Dreamy Reads

One night will never be enough.

We made a pact. One night.

I caved and gave Harrison Decker my number anyway. He just chose not to use it.

Four years later, his job brings him back into my world looking more handsome than ever and now making an effort to befriend me. Is my heart willing to take another chance on that man?

Call me crazy or crazy in love. Either way, I’m not falling for him. Again.

When Tatum and Harrison spent the night together after their best friend’s wedding, they both agreed that one night was all that they would have before they went their separate ways. Tatum hadn’t expected the connection between them to be emotional as well as physical so when she made the tentative step of giving him her contact info and he didn’t follow up she believed that it was just another person that wouldn’t find her reason enough to stay.
Years later Tatum and Harrison’s lives collide on a more permanent basis as not only are they connected because of their friends but because of his career as well. The night that he spent with Tatum had a large impact on his life and now he wants to see what they could have together but first he will have to show her that she can trust him with her fragile heart.
Tatum’s need to be cautious is no match for Harrison’s determination to finally have her in his life. Their romantic and emotional journey wasn’t without its missteps but seeing them fight for what they could have together is sure to touch your heart. 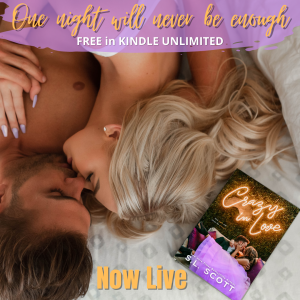