🎧Bossing The Cowboy from Kennedy Fox on Audio!🎧

After surviving a messy divorce, Dr. Connor Wallen prefers being married to his job. Helping animals is the perfect distraction from his crazy life as a single dad, but he finds it difficult to concentrate when an attractive woman fresh from veterinary school joins his practice. Getting involved with someone who works for him would only lead to disaster.

He tries to ignore her but their chemistry is undeniable.

Dr. Elizabeth Bishop can’t stand her boss or how he treats her, but there aren’t many job options in small-town Texas. No matter what she does, it’s never good enough for him, but she keeps trying to impress him anyway. Studying and working so much over the years has destroyed her dating life, so she stopped trying.

She’ll never admit she’s attracted to him, and denies it every chance she gets.

Avoiding him is impossible, but Elle keeps her distance. Conner may be her boss, but she’s tired of playing his games. After an all-nighter turns into more, she’s ready to prove who’s in control.

Although he pushes her away, she’s determined to pull him closer – showing him exactly what they’ve both been missing. 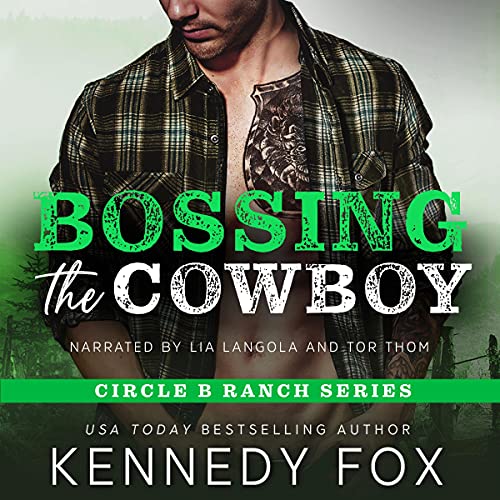 About the Author:
Brooke Cumberland & Lyra Parish are a duo of romance authors who teamed up to write under the USA Today Bestselling pseudonym, Kennedy Fox. They share a love of You’ve Got Mail and The Holiday. When they aren’t bonding over romantic comedies, they like to brainstorm new book ideas. One day, they decided to collaborate and have some fun creating new characters that’ll make you blush and your heart melt. If you enjoy romance stories with sexy, tattooed alpha males and smart, independent women, then a Kennedy Fox book is for you!

Elle is working towards her dream of becoming a veterinarian so working with Connor in his veterinary clinic is the best way to ensure that happens. He may be a delight to look at but his abrupt and gruff personality doesn’t exactly make him likeable. She is determined to focus on her career and not give him too much thought until seeing him with his daughter makes her realize she didn’t really know him at all.

The end of his marriage was bitter as his ex-wife tried to make his relationship as difficult as possible with his daughter. Although he may be attracted to Elle he doesn’t need to add another person to the chaos of his life but keeping his distance is becoming harder every day.

Elle’s sassy personality is exactly what Connor needs in his life after everything he has been through as they take us on a heartwarming journey filled with humor heat and all the feel. Not only do the characters of Elle and Connor draw you in but catching up with the other characters we know and love is not something you want to miss. The narrators were a great choice as they brought out all the humor, heat and heart of this story.