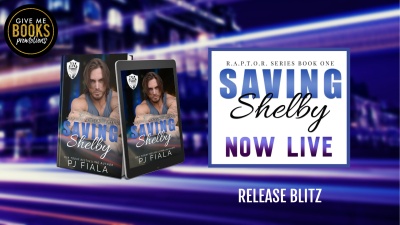 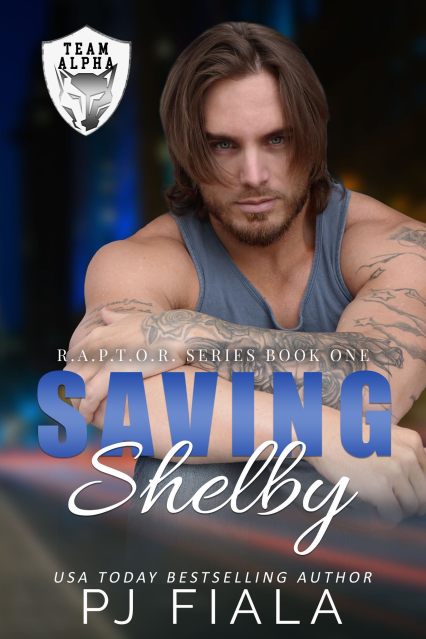 Title: Saving Shelby
Series: RAPTOR #1
Author: PJ Fiala
Genre: Romantic Suspense
Release Date: July 20, 2021
BLURB
A special operative with a bleeding heart for the innocent.
A desperate kidnapper determined to save the day.
And the desire that explodes between them….
Retraining as an operative in RAPTOR, Diego Josephs is determined to prove himself as a RAPTOR–ready to take down a ruthless kidnapper on the run. But when he encounters the woman who took two children after murdering their mother, everything changes. Nothing is as it seems.
Hellbent on saving her niece and nephew, Shelby Davidson will stop at nothing to reveal the truth about her sinister brother-in-law. She knows in her gut that he had everything to do with her sister’s disappearance. But convincing the rugged and irresistible special operative may be harder than she realized. Once Diego relents and realizes she’s telling the truth, he knows one thing is certain: he must protect the children while saving Shelby.
ADD TO GOODREADS 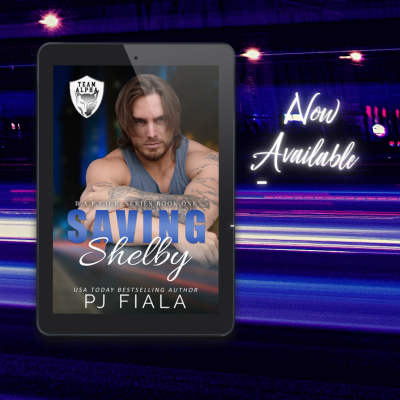 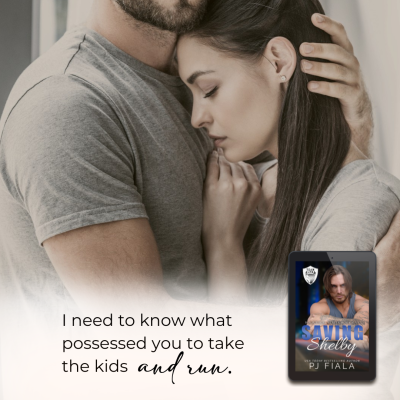 EXCERPT
Chapter One
Shelby picked up the suitcase she’d packed for her niece, Callie, and her nephew, Anders. She’d babysat for them today, something she did at least once a week, but today she came knowing things were going to change.
Hauling the luggage down the grand staircase, as her sister had lovingly dubbed it, she held tight to the banister, knowing every second counted. Her brother-in-law, Kurtis, had left twenty minutes ago and she only had three hours to get as far away from here as possible.
Setting the heavy suitcase on the floor at the bottom of the stairs, she pulled up the handle and quickly walked to the living room where the kids were watching a cartoon movie.
“Okay kiddos, let’s get rolling.”
Callie turned to her, a slight pout on her lips. “But Aunt Shelby, we love this movie.”
Smiling at her beautiful niece, her curly dark hair pushed back with a pink headband, she said, “I know you do and I have a surprise for you. You can watch it in my car.”
Anders jumped up. “Yay!”
Anders and Callie were only two years apart, Callie seven and Anders five, but both of them were mature beyond their years. They’d had to grow up fast in the past month.
“Okay, turn the television off. I have this movie in the car and ready to go for you. And I have snacks.”
Callie grabbed the remote and pointed it at the television, promptly turning it off. She then walked to the table alongside the sofa, opened the drawer and neatly set the remote inside. Their father didn’t allow anything out of place.
Callie grabbed Anders’ hand and they followed her to the door that led to the garage, where they’d get in the vehicle without anyone seeing a suitcase being tucked in the back.
Shelby opened the back door of the SUV, her precious Explorer that she’d scrimped and saved for, and the kids scrambled in.
Shelby leaned in and buckled Anders in, then walked to the other side and double-checked Callie’s seat belt. Opening the hatch, she hefted the suitcase into the back, then tugged the large cooler she’d packed at home toward her. Pulling out two juice bottles and two homemade egg, bacon and cheese breakfast muffins, she took great care to set each one of them up with their snacks.
Shelby hopped into the driver’s seat, turned on the DVD player and pushed the buttons to start their favorite movie playing. Taking a deep breath and sending up a silent prayer that she’d get them out of the state in time, she tapped the garage door opener and put the Explorer in reverse.
A quick glance at the clock told her she now had two hours and fifteen minutes to make tracks.
She figured that with stops they’d be in Indiana in about five hours. She knew the kids would need a break, but she hoped to keep it to a minimum. She’d keep her phone on until her brother-in-law called to check in, then she’d turn it off so he’d not be any the wiser. Hopefully.
She didn’t want to alert the controlling bastard that she’d taken the kids any sooner than necessary.
This plan had to work. She couldn’t lose these kids too. Bad enough that she suspected Kurtis had killed her sister—or at a minimum, had her killed. Stacy would never have up and left her kids. She’d never leave them alone with that bastard. Something was sinister about him and the second she’d overheard him on the phone yesterday telling someone he had to “deal with Stacy’s brats,” she feared they’d soon turn up missing, too. 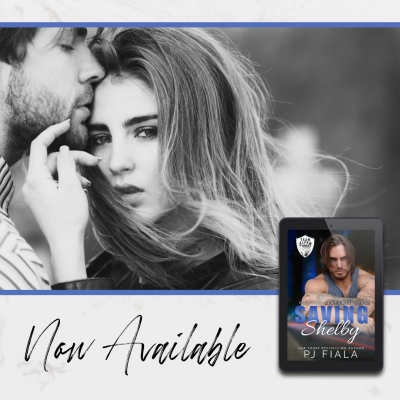 Diego is still dealing with the emotional aftereffects of his military career however he has found not only a purpose but a family at Raptor. He has been tasked with finding a woman who has taken her niece and nephew from their father however it soon becomes apparent that this is only the beginning of his mission.
With her sister missing Shelby must be the champion for her niece and nephew that her sister isn’t able to be. Her reasons for escaping with the children are twofold as not only does she believe she is protecting them, but she is determined to uncover the truth about their father. The only problem is that she needs to convince Diego that they are the victims and not the perpetrators.
Romance and intrigue combine into a captivating story as we get to catch up with the characters we know and love and get introduced to some new characters that we want to know more about.
COMING SOON 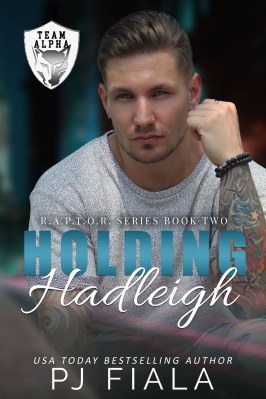 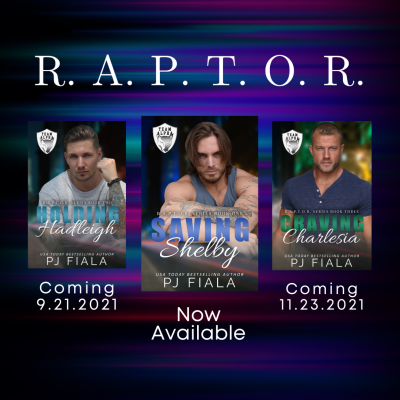 USA Today Bestselling Author
Writing has been a desire my whole life. Once I found the courage to write, life changed for me in the most profound way. Bringing stories to readers that I’d enjoy reading and creating characters that are flawed, but lovable is such a joy.
When not writing, I’m with my family doing something fun. My husband, Gene, and I are bikers and enjoy riding to new locations, meeting new people and generally enjoying this fabulous country we live in.
I come from a family of veterans. My grandfather, father, brother, two sons, and one daughter-in-law are all veterans. Needless to say, I am proud to be an American and proud of the service my amazing family has given. In trying to give back, I’ve started a foundation, Authors4Veterans, with my friend and fellow author, Stacey Joy Netzel. Our charities will rotate but will always support our military and their families.
AUTHOR LINKS
WEBSITE
NEWSLETTER
FACEBOOK
FACEBOOK GROUP
BOOKBUB
AMAZON
PINTEREST
INSTAGRAM
GOODREADS 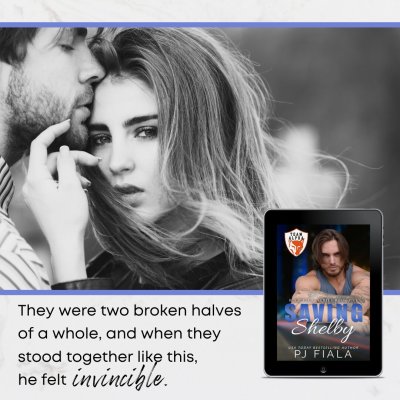