Release Date: August 10
Trouble.
One word that comes to mind when someone talks about me. I like to think of it as protection, watching out for the ones I love. But now I’m spending more time in the penalty box than on the ice and the team owner isn’t happy.

Finding myself across the room from the hot therapist I kissed on New Year’s Eve only makes me push my problems down further. I want couch time with her but not the kind she’s used to.

I decide to lie to her just to finish off my therapy so I can do what I really want—date her—even if she says she doesn’t date hockey players. Just when my therapy sessions are up and I’ve made some headway with Paisley, it’s my parents who throw another wrench in my plans.

If I abide by my parent’s wishes to marry the one they’ve chosen, I’ll lose Paisley forever. But if I go against my parents, I’m failing my deceased best friend all over again. 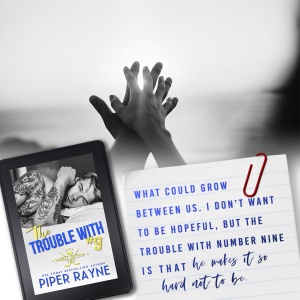 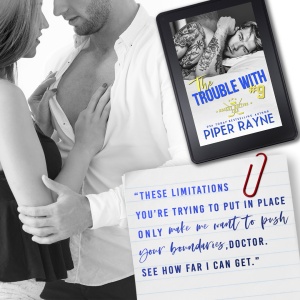 Due to his past Maksim is diligent in what he believes is his responsibility to keep his teammates safe on the ice and those he cares about off the ice. As a result at time he tends to result with more force that necessary which has the team management concerned.
Paisley is a therapist who dreams of opening her own practice but in the meantime she is happy with the opportunity that the owner of the Florida Fury, who is also her best friend’s father, has provided where they have mandated that each player must partake in three sessions.
The attraction between Maksim and Paisley began before they found out who the other was and the situation is only more complicated due to their professional relationship and Maksim’s opinion on therapy. They know they should keep their distance, but this may be a battle that neither can win.
Maksim is equal parts strength and swoon as he fights to win Paisley’s heart. The interactions between them were humorous and hot but there was also an emotional component to the story which made it even better. 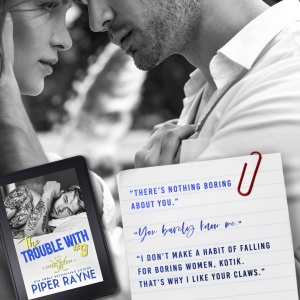 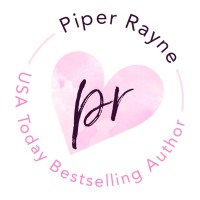 Piper Rayne is a USA Today Bestselling Author duo who write “heartwarming humor with a side of sizzle” about families, whether that be blood or found.

They both have e-readers full of one-clickable books, they’re married to husbands who drive them to drink, and they’re both chauffeurs to their kids.

Most of all, they love hot heroes and quirky heroines who make them laugh, and they hope you do, too!


Join our newsletter & get 2 FREE BOOKS!


Be one of our Unicorns!