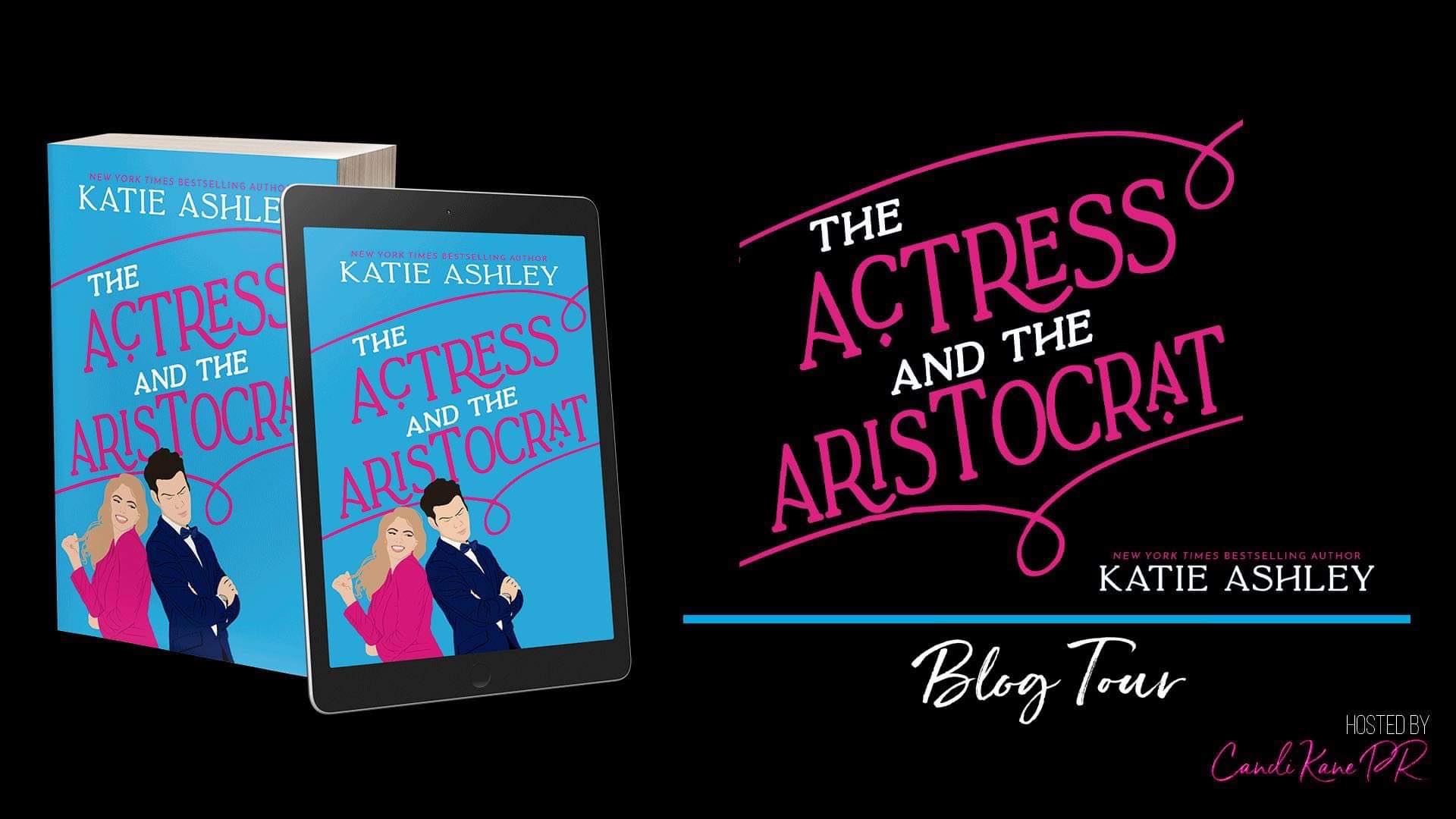 THE ACTRESS AND THE ARISTOCRAT by Katie Ashley 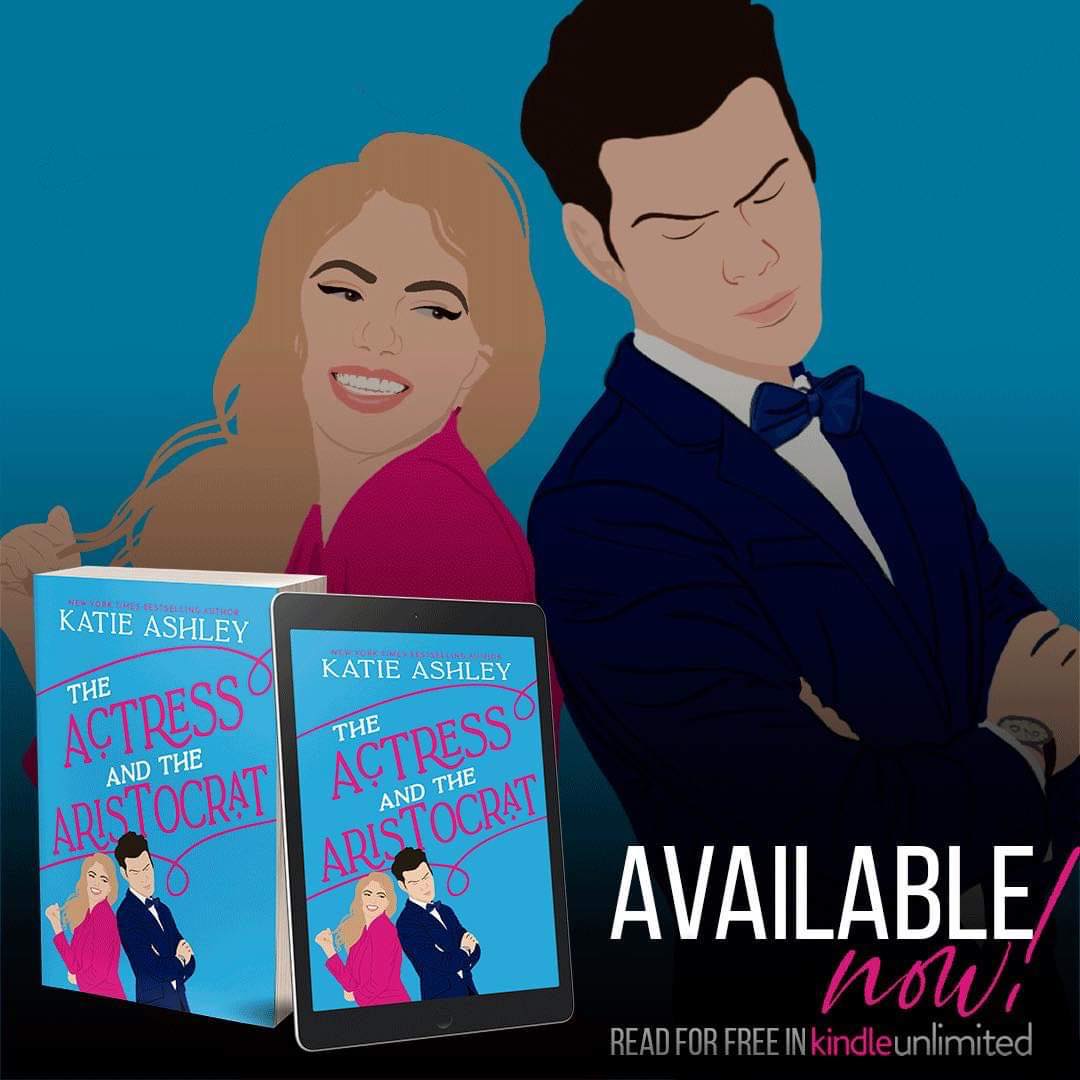 For years, my acting career consisted of bit parts in forgettable Hallmark movies along with a few embarrassing commercials for feminine hygiene products. But then the fates finally aligned, and I’d been given my big-budget break: the lead in an Edwardian era social drama set on a sprawling estate in Sussex. Everything was going great until I discovered my costar and current flame was banging his way through the upstairs and downstairs of the cast. That’s when this Southern girl channeled her inner Scarlet O’Hara by hurling a vase at him. Turns out the owner of said vase, the infuriating Earl Whittingham, did give a damn about the priceless heirloom. Just as I was imagining a life of servitude to pay him back, he gave me an unorthodox proposal.

Being a member of the British aristocracy isn’t all it’s cracked up to be. As a matter of fact, it can be a royal pain in the ass, especially when it comes to the required social season. The only thing worse than having to attend all the myriad of events from horse races to garden shows is attending them single. Throw in the likelihood of running into my ex-wife with her new boy-toy and it’s bloody insufferable. I’d resigned myself to keeping a stiff upper lip while drowning my sorrows in Laguvulin for the month when an opportunity fell into my lap. Actually, it crashed into the wall of my drawing room. As an actress, Charlie is used to playing a part, but she’ll need to turn an Oscar-worthy one to prove she’s in love with me.

Katie Ashley is a New York Times, USA Today, and Amazon Top Three Best-Selling author of both Indie and Traditionally published books. She’s written rockers, bikers, manwhores with hearts of gold, New Adult, and Young Adult. She lives outside of Atlanta, Georgia with her daughter, Olivia, her rescue mutts, Belle and Elsa, and her rescue cats, Mama Kitty, Luna, Ella, and Sassy. She has a slight obsession with The Golden Girls, Shakespeare, Harry Potter, and Star Wars.

With a BA in English, a BS in Secondary English Education, and a Masters in Adolescent English Education, she spent eleven years teaching both middle and high school English, as well as a few adjunct college English classes. As of January 2013, she became a full-time writer.

Although she is a life-long Georgia peach, she loves traveling the country and world meeting readers. Most days, you can find her being a hermit, styling leggings, and binging on Netflix.

Charlie is an actress who finds herself in England after being given the opportunity to play a role that could launch her career. Everything was going to plan until she allowed her emotions to take over and now she finds herself having to grant a favour to the owner of the estate or she will be responsible for a debt she will never be able to repay.

Rand is part of upper echelon of society who has learnt in the most painful way possible the damage that loving the wrong woman can do to your heart and your finances. Having the movie filmed at his home is bad enough but now damage has been done. He comes up with the perfect solution as he will overlook Charlie’s actions is she pretends they are a couple and agrees to attend social events with him. What could possibly go wrong?

Under normal circumstances Charlie and Rand would never have met but that is what makes this story so fun as the only thing they have in common are their feelings for each other.