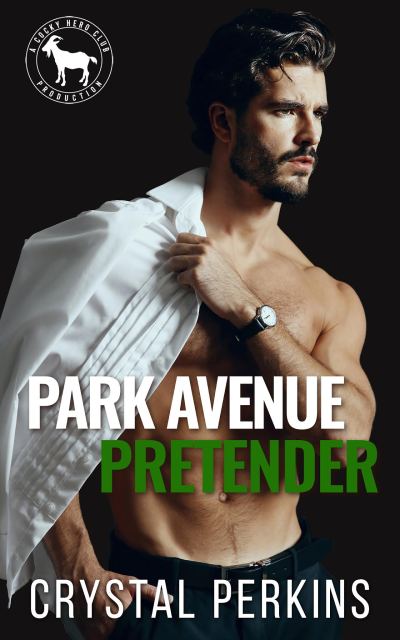 Release Date: October 10, 2021
Vi Keeland and Penelope Ward are excited to bring you the Cocky Hero Club: original works from various authors inspired by Keeland and Ward’s New York Times bestselling Cocky Bastard series.
BLURB
I love being a manny. Love it. Especially when my boss goes on extended business trips and leaves me with the keys to his Park Avenue penthouse. I mean, sure, I’ve got to watch his daughter, but she loves me almost as much as she loves her favorite K-Pop group. Really.
All is going well until their new neighbor thinks I’m the actual billionaire next door, and I don’t correct her. What could possibly go wrong?
——
I need to nail down some dirt against the billionaire next door before he succeeds in taking over my family’s company. But, once I meet him, I just want him to nail me. It’s a problem, especially when the guy I’m falling for is nothing like the one I’ve heard so much about.
What’s a girl to do when her heart wants her to give up on her crusade, but her head is telling her no man is worth losing everything for?
Park Avenue Pretender is an enemies to lovers/mistaken identity romance inspired by Park Avenue Player.
ADD TO GOODREADS 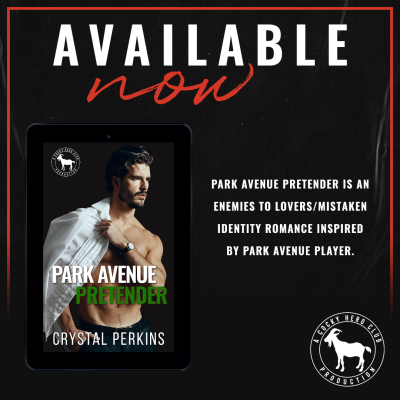 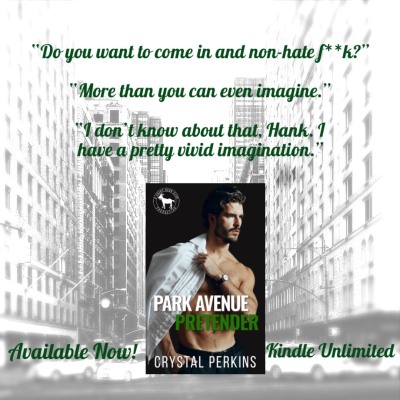 With her family business in jeopardy, it is up to Somer to investigate the person who has been buying their stock and to try and defeat their takeover attempt. The first step is to get close to him and what better way than by becoming his new neighbor however she didn’t expect to be attracted to him or for the lines between professional and personal to become blurred.
Hank has looked after 13-year-old Leia since she was a baby, and he is more father than caregiver. He and Leia are both drawn to Somer but with everyone keeping secrets you know they are in for a bumpy road.
This story has so many revelations that take you by surprise as Somer, Hank and Leia show us that true family is based on love not blood.
OCTOBER RELEASES 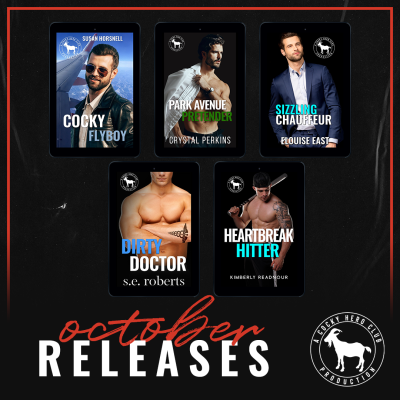 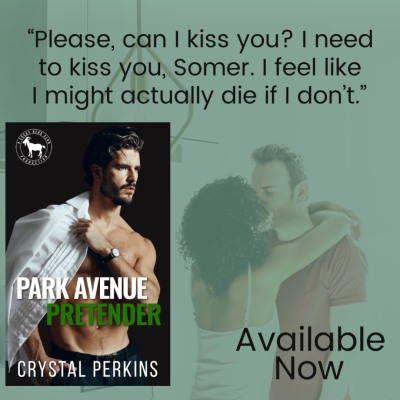 AUTHOR BIO
Crystal Perkins has always been a big reader, but she never thought she would write her own book, until she sat down in 2014 and did it. She’s now published over 40 books, and has been featured in several anthologies as well.
She lived in Las Vegas for over a decade, where you could find her running author events and winning bookseller awards. After moving to ND for over a year, she’s back in Vegas again. When she’s not reading a few hundred books a year or chasing after her grandson, you can find her watching hockey (Go Knights Go!) and trying to find the perfect shade of lipstick.
She loves Star Wars AND Star Trek, but if pushed to choose, it will always be Leia and her crew who come out on top. Her love of all things nerdy comes through in her book characters, no matter the genre. A mac and cheese connoisseur, she travels the world looking for the perfect version, while attending book conventions and signings as a cover for her research. Poutine research is also conducted regularly on her trips.
AUTHOR LINKS
FACEBOOK
INSTAGRAM
TWITTER
TIKTOK
BOOKBUB 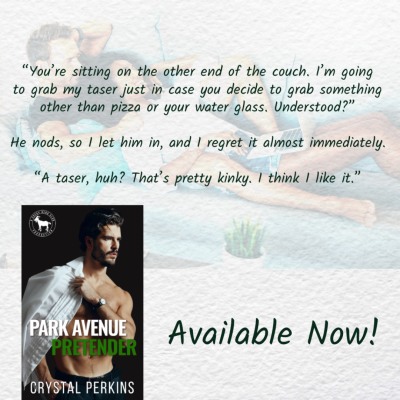 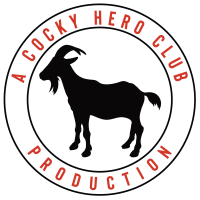