Riley doesn’t want her mom to know that she’s been seeing her newly discovered family, the Corisi clan. Riley’s biological father made her mother’s life hell, and even though he’s dead, her fear of anyone who shares his last name lives on.

After attending two funerals, Gavin’s father has decided Gavin needs a wife and children to be happy. Rather than inheriting his family’s company, Gavin now must earn his way back into his father’s good graces by producing a fiancée.

Everything with Riley would have gone easier if he had just lied to her about his meeting with her brother Dominic. The truth would have hurt her, and that was the last thing he wanted.

He never wanted a relationship, but when he is forced to choose between business or a future with her, he realizes he’ll choose her every time.

Despite the experience of her mother there is nothing more that Riley would like is to find the man she wants to spend her life with, but she seems to have a knack with choosing frogs. A chance encounter with Gavin may not only allow her to merge the two families she finds herself part of but give her the life that she was beginning to think she would never have.
Gavin isn’t looking for love or a relationship, but he finds himself in a predicament when his father gives him an ultimatum if he wants to take over the family business. What he and Riley had was supposed to be an arrangement, so he was unprepared when it became so much more.
Not only do Riley and Gavin have very different lifestyles but they have very different views on their future as well however their hearts had different ideas and I enjoyed watching their romance unfold.
Meet Ruth Cardello 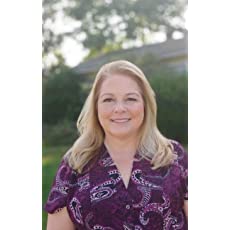 Ruth Cardello hit the New York Times and USA Today Bestsellers Lists for the first time back in 2012.


Millions of sales are evidence that her books are akin to potato chips, addictive from the first one. She has created a multi-series billionaire world with a combination of escapism and realism that has gained her a faithful following of readers.

Ruth Cardello was born the youngest of 11 children in a small city in northern Rhode Island. She spent her young adult years moving as far away as she could from her large extended family. She lived in Boston, Paris, Orlando, New York–then came full circle and moved back to New England. She now happily lives one town over from the one she was born in. For her, family trumped the warmer weather and international scene.

She was an educator for 20 years, the last 11 as a kindergarten teacher. When her school district began cutting jobs, Ruth turned a serious eye toward her second love- writing and has never been happier.


When she’s not writing, you can find her chasing her children around her small farm or connecting with her readers online.
Connect with Ruth Cardello
Sign Up to Receive Newsletter | Twitter | Facebook | Website
Hosted By: