From the author of the Dark Falkon and Men of the World Series, comes a brand new sexy, emotionally-charged MM Romance by J.O Mantel, written in K. Bromberg’s Everyday Heroes Worlds project.

Tyson Malone knows all too well what it’s like to be Mr. Popular. Except for him, it’s for all the wrong reasons, thanks to being the cousin of Sunnyville’s one and only Officer Sexy, aka Grant Malone.

With a demanding job working for the Sunnyville Police Department, Tyson has little to no time for a relationship. But when he makes friends and starts an online conversation with Corey, all the way from Melbourne, Australia, his interest peaks and the two form a close connection.

Corey Harrington keeps himself busy, working as a cop for the Victoria Police in Melbourne. With a hard-arse boss that Corey can’t help but swoon over, he considers himself a hopeless romantic, who is resigned to the fact that he’ll never fall in love.

However, when his boss sends him on an international assignment, Corey finds himself in Sunnyville, USA. When he meets his partner, he discovers that he is none other than the man he’s been speaking with online, who also happens to be a cop–Tyson Malone.

Are the two sexy policemen prepared for the explosive connection, that neither one of them ever saw coming? 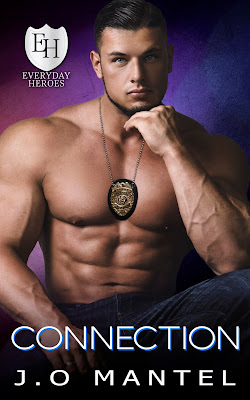 J.O Mantel was born and raised in Melbourne, Australia. As a child, J.O loved reading and his favourite authors included, Roald Dahl, Robin Klein, and Morris Gleitzman. Always an avid reader as a child, J.O had a vivid imagination, like most children. It wasn’t until 2016, that he realised his love for creative writing, and released his first novel, First Crush in the Dark Falkon Series that same year. In January 2020, he began his first MM book, The Australian, part of the Men of The World Series. When J.O isn’t hidden behind his laptop or iPad, he works in a busy retail environment of Customer Service and management. J.O lives a quiet life on a rural property in Melbourne’s Northern Suburbs. 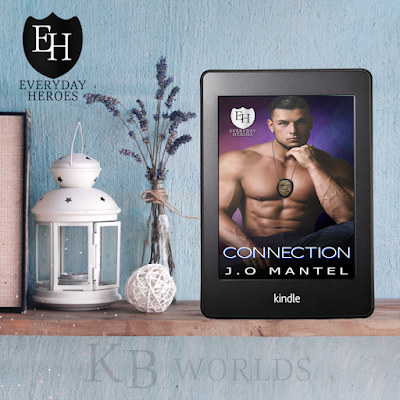 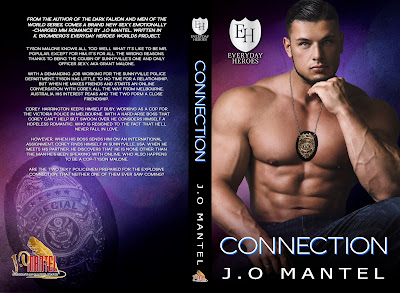