Release Date: December 13
An unlikely friendship, a stalking ex, and a serial killer on the loose.
FBI profiler Charlie Bekham prides himself on three unique talents: hacking any database, making women swoon with a cocky smirk, and letting no one see the desperate man buried deep. When a string of murders in Louisville, KY, requires extra help, he’s forced to partner with the brilliant yet shy Special Agent Rhyan Riggs to hunt the killer. Long nights of working the case fan the growing attraction between them, making Charlie question if “just friends” is enough.
Special Agent Rhyan Riggs is running from her past—a narcissistic ex, to be exact. Determined to move on from the terrible breakup, she focuses solely on her career… until him. Special Agent Charlie Bekham. Covered in tattoos, cocky as hell, and bad-boy hot, he’s exactly the type she should avoid at all costs but can’t seem to stay away from.
With more victims and at a dead end, Rhyan does the unthinkable—she puts herself in the killer’s sights. When the killer takes the bait and disappears with the woman Charlie’s fallen for, can he piece together the remaining clues before Rhyan becomes the next body found?
Mine to Keep is the fourth book in the interconnected standalone Protection Series. Each book can be read as a standalone, but because of character crossover, reading from book 1, Mine to Protect, is suggested. Due to foul language, discussion of emotional abuse, mention of suicide, and detailed intimate scenes, this book is recommended for readers 18+.
Grab Your Copy Here!
Free in KU 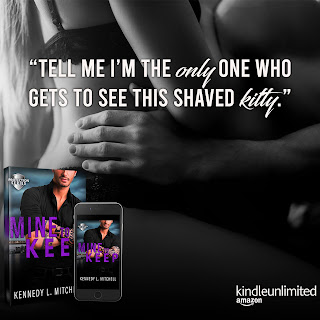 💜Review💜
Charli is a profiler who is working for the FBI but is finding it difficult to get the respect he deserves both from management and his fellow agents. When he has the opportunity to team up with Rhyan and head to Louisville to investigate the suspicious deaths of a number of women he is hoping that this will be the opportunity to prove his worth.
Rhyan is a special agent with the FBI whose last relationship has left emotional scars which is affecting her personally as well as professionally. As they find themselves working together the sparks fly as they fight to solve the case and emerge with their lives and each other.
Charli is exactly who Rhyan needs in her life as he helps her regain the confidence that her past has shaken as they take us on an intriguing and romantic journey that will entertain from beginning to end. 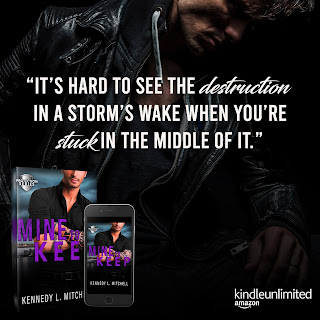 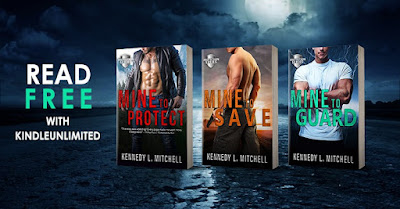 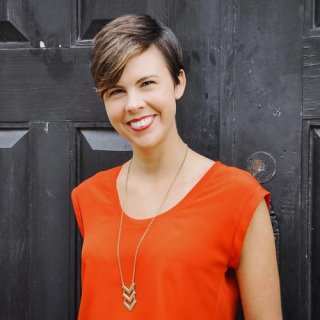 Kennedy lives in Dallas with her husband, son, and 80lb Goldendoodle who still believes he’s a lap dog.
A bookworm at heart, Kennedy loves to snuggle up in bed or by the campfire with an unputdownable book.
She began writing two years ago with Falling for the Chance and has no plans of stopping. Her novels are witty, action-packed, and offer enough steam for a great facial.
If you like strong heroines and sexy, tattooed men who can’t keep their hands off them, then this author is the one for you.
Connect with Kennedy L. Mitchell
Website | Newsletter | Facebook | Instagram | Twitter | Amazon Author Page    Goodreads | BookBub
Hosted By: