💕 A guy falling for his best friend’s little sister
😇 A sweet, inexperienced heroine looking to lose her v-card
🥰 A reformed manwhore trying to be a better man
🍆 Sex lessons
🌞 A just for the summer arrangement
💦 Loads of steamy scenes
⚾ And of course, baseball goodness!

If this sounds like your type of read, check out Scoring Position, available now! 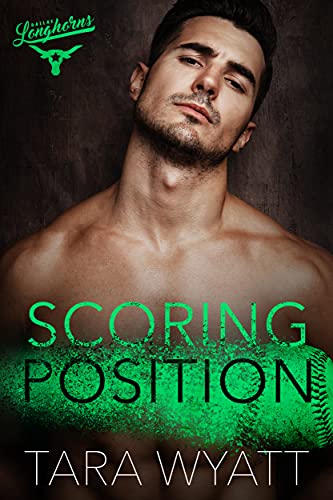 Hannah Miller only wants one thing this summer: to lose her virginity before she heads off to grad school. But without any prospects, she assumes her goal will go unfulfilled. But then she goes to stay with her brother Jordan, a first baseman for the Dallas Longhorns, only to find that his best friend Christian is staying with him. Christian, who is sexy and confident and who’s been the subject of Hannah’s fantasies for years. One look at Christian, and Hannah knows she wants him to be her first. To teach her how to be good in bed.

Newly traded to the Longhorns after a scandal, Christian is looking to start fresh and keep a low profile. But when his best friend’s little sister—shy, sweet, slightly nerdy Hannah—propositions him, he can’t bring himself to say no. He knows he shouldn’t sleep with her, but Hannah is a temptation he can’t resist, especially given that he’s in the worst slump of his career and could use a boost—what the guys in the clubhouse refer to as a slumpbuster.

What starts out as a temporary summer fling quickly morphs into something more, and before long, Christian doesn’t just want to be Hannah’s first—he wants to be her last. But when Jordan finds out about their secret hook-ups, all bets are off.

⚾Review⚾️
Being traded to the Dallas Longhorns was supposed to be the fresh start that Christian needed both personally and professionally. He needs to impress his new team with his skills on the field an ensure that his reputation off the field is impeccable. The last thing he should be doing is agreeing to a physical secret relationship with Hannah, the sister of his teammate and best friend.

Hannah is spending the summer with her brother before she returns to university, but she didn’t expect that it would mean becoming roommates with Christian, the man who played a starring role in her teenage dreams. Convincing him to be her first was the easy part as they are about to find out that dealing with the aftereffects is much more difficult.

Hannah has a personality that anyone can relate to while Christian is sweet and swoony and the differences between them only made them more perfect for each other.