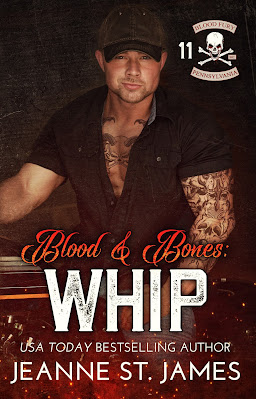 You never know where the road may lead you. Or who you’ll find along the way…When Whip comes across a disabled motorcycle at the foot of the mountain—the one that’s nothing but bad news—he hopes the stranded rider is nothing more than just that. Someone who needs help.And not a trap. Or an undercover fed.When her motorcycle breaks down on a deserted road, Fallon Murphy’s caught off guard by the mechanic with the sexy smirk who comes to her rescue.After shedding her restrictive corporate chains, she’s now living life on her own terms. She no longer answers to anyone for anything.Like most bikers, her motto is “live free, ride free.”But that’s where her and Whip’s similarities end.The saying is “opposites attract,” but Whip tried that once before. It didn’t work out.Fallon’s not only far out of his league, they couldn’t be more opposite. Even so, he isn’t easily deterred.However, to his surprise, Fallon has her own plans and isn’t shy about going after what she wants.Meanwhile, trouble on that mountain is brewing, and no one is safe.His MC stands at a crossroads, and it’s time for the Fury to take action once and for all.No more excuses.No more quarter.No mercy given.Especially from the one who goes by that name.Note: Blood & Bones: Whip is the eleventh book in the Blood Fury MC series. This older woman/ younger man romance (seven-year difference) has no cheating, no cliffhanger, and has an HEA. It’s highly recommended to read this series in order. 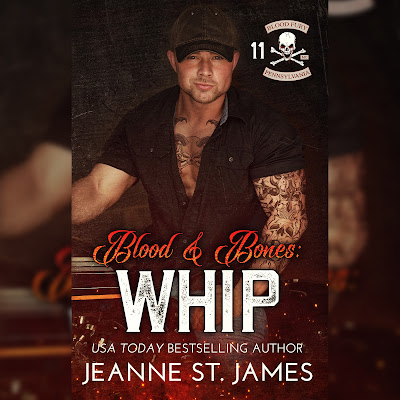 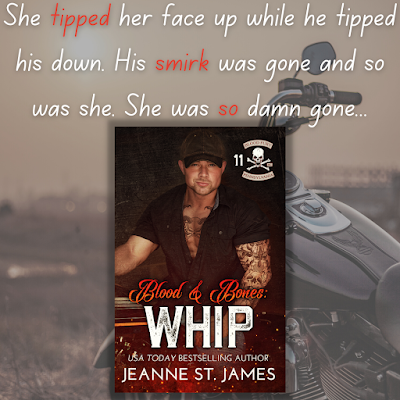 🏍Review🏍
Whip hasn’t had the easiest life, but he has found a home within the MC and there is nothing he won’t do for those he cares about. He is always willing to lend a hand so when he sees a sexy stranger stranded on the side of the road he doesn’t hesitate to assist, and his life will never be the same.
Fallon may not know what her future holds but the one thing she does know that it will be much different from her past. She and Whip are different from each other in so many ways, but they prove that together there is nothing they can’t overcome.
The characters are captivating as they take us on a suspenseful journey complete with all the feels that you won’t soon forget.

JEANNE ST. JAMES is a USA Today and international bestselling romance author who loves writing about strong women and alpha males. She was only thirteen when she first started writing. Her first published piece was an erotic short story in Playgirl magazine. She then went on to publish her first romance novel in 2009. She is now an author of over fifty contemporary romances. She writes M/F, M/M, and M/M/F ménages, including interracial. Want to read a sample of her work? Download a free sampler book here: BookHip.com/MTQQKK
To keep up with her busy release schedule check her website at www.jeannestjames.com or sign up for her newsletter: http://www.jeannestjames.com/newslettersignup