Release Date: February 1
This mission is personal… and deadly. Military veteran turned Keeper Operative, Ronan O’Reilly is as loyal as they come. When his friend goes MIA while serving, the hunt for answers collides his path with the woman he loved…who didn’t choose him.
Ronan is torn between doing the right thing and crossing a dangerous line. Nothing is as it seems… as each step closer to the truth, takes them through a landmine of lies.
Grab Your Copy Here! 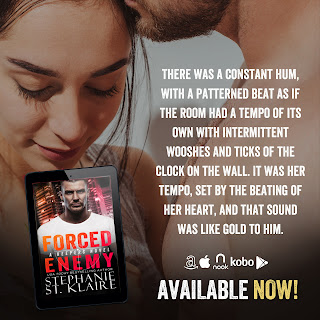 🔥Review🔥
Ronan has been denying his feelings for Daily as she was married to Trevor, his friend and fellow team member at Keepers. When their marriage ended, he was unable to deny them any longer and they shared a night he will never forget until he left torn between loyalty to his friend and love for Daily.
Their relationship takes a turn when the team is unable to locate Trevor and Daily has vanished as well. Daily’s return leaves more questions than answers especially when she as well as the team are trying to investigate what is fact and what is fiction.
The characters draw you in, their plight keeps you edge, and the romance is real and has you invested in both them as a couple and their story. 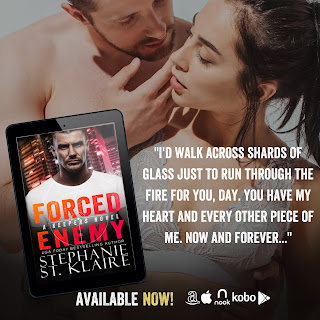 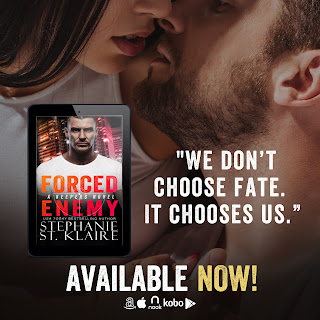 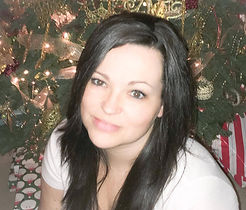 Stephanie St. Klaire is a Pacific Northwest native currently living in Portland, Oregon with her husband, five children, resident house donkey (aka giant puppy) and two ferocious lap dogs that are used to the finer things in life like sleeping all day. When she isn’t writing, she can usually be found with a plate full of taco’s, a side of bean dip, and probably some gummy bears while being a little bit hippy and a lot bit busy mom’ing and wife’ing.

When she’s not tossing around gritty crime show inspired serial killers and diabolical bad guys, she likes to make people pee their pants a little with a good romcom. Sometimes, her worlds collide, and she writes really funny stuff right before she kills people off on the pages! She loves murder and mayhem as much as a good laugh and HEA! That’s why she’s a die-hard Hallmark junky but loves her gritty crime shows – balance!

Stephanie has always been a story teller, with the gift of “gab”, and a life-long goal to be a writer. Unfortunate circumstances with her health, finally afforded her the time to do so. Irony at its best, she began writing her first novel at an adverse time, to escape her circumstance and explore the stories in her imagination for relief. She is happy to share those stories with her readers, and bring a little fun, entertainment, and of course smexy characters to the pages.

Follow Stephanie St. Klaire on Social media to learn more about her, how often she really eats taco’s, and to keep up with her work.