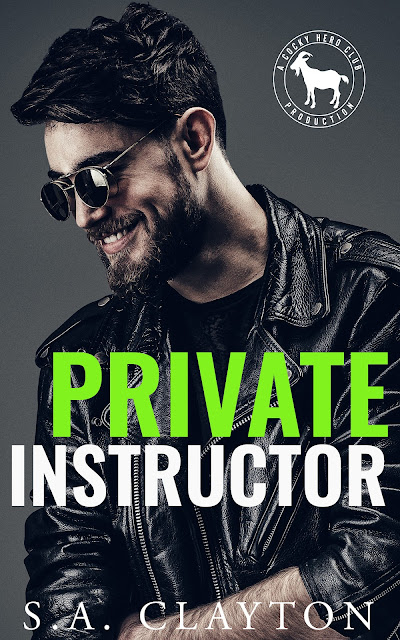 Release Date: February 6, 2022
Vi Keeland and Penelope Ward are excited to bring you the Cocky Hero Club: original works from various authors inspired by Keeland and Ward’s New York Times bestselling Cocky Bastard series.
BLURB
About 40 percent of the general population reports some fear of flying.
For Nicole Jensen, this is more than just a statistic. It’s a reality she lives with daily. So when Nicole is thrust into planning a convention out of state, she soon realizes that she might have to face that fear head-on.
Enter Nash Taylor, former playboy pilot, occasional as$hole, and way too good-looking for Nicole to take seriously. But the more time they spend together, the more she realizes that Nash is way more than what she thought, and falling for him becomes harder and harder.
Without realizing it, Nicole and Nash need each other in ways neither of them expected. But will Nicole’s past hinder their connection or allow it to take off?
Private Instructor is a contemporary romance inspired by Playboy Pilot.
ADD TO GOODREADS 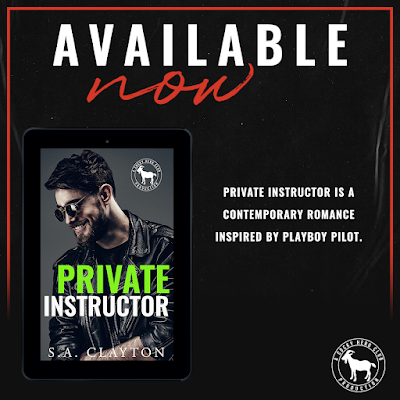 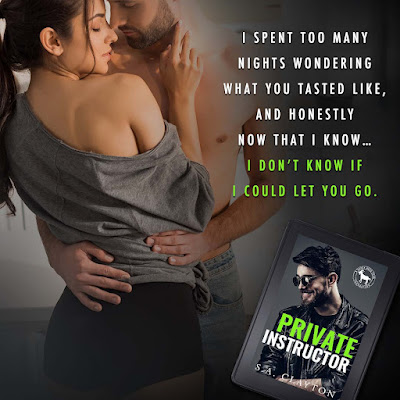 Nicole is a front runner for a promotion at work but one of the key elements when it comes to who will be chosen requires organizing a convention and that means facing her biggest fear which is getting on a plane.

Flying is a large part of who he is so when Nash returned to his hometown he started a business to teach others to fly. From the moment he sees Nicole he is drawn to her in a way he never expected but he can also see that she is absolutely terrified at the thought of getting into a plane.

Nash is so understanding when it comes to Nicole especially once he learns what is behind her fear of flying while Nicole is brave as she tries to heal, and they both learn a lot about life and love along the way. 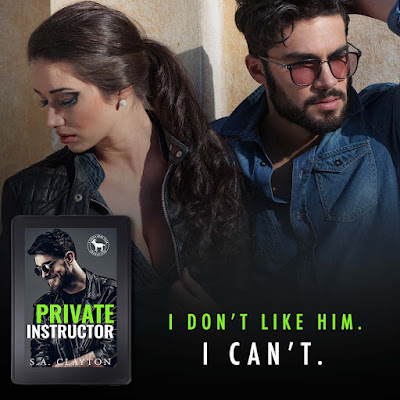 AUTHOR BIO
S.A. Clayton lives in a small town outside of Toronto, Canada with her husband and her scary large collection of books that seem to take over every room.
She has worked on both sides of the publishing industry, both in a bookstore and for actual publishing companies. Although she loved both for different reasons, she found that writing was her true passion and has spent the last few years breaking into the industry as best she can.
She is a lover of all things romance and began her writing journey in her late twenties. Since then, she has immersed herself in the romance genre and couldn’t be happier.
When she’s not writing or reading, she enjoys binging a great Netflix show (Stranger Things anyone?), baking (because who doesn’t love cookies!) and spending time with her family.
AUTHOR LINKS
AMAZON
FACEBOOK
FACEBOOK GROUP
TWITTER
INSTAGRAM
BOOKBUB
GOODREADS
NEWSLETTER 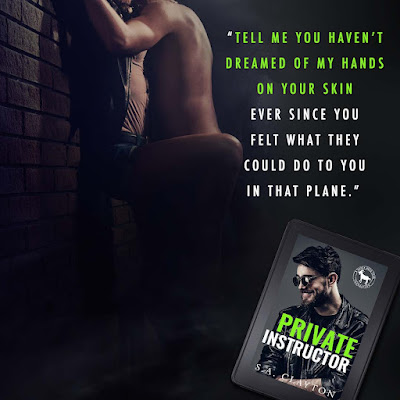 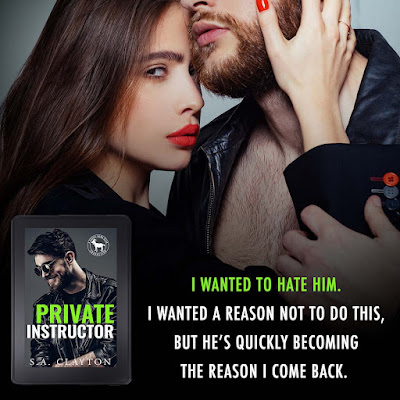