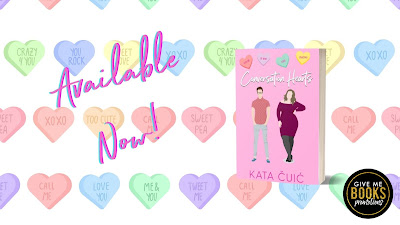 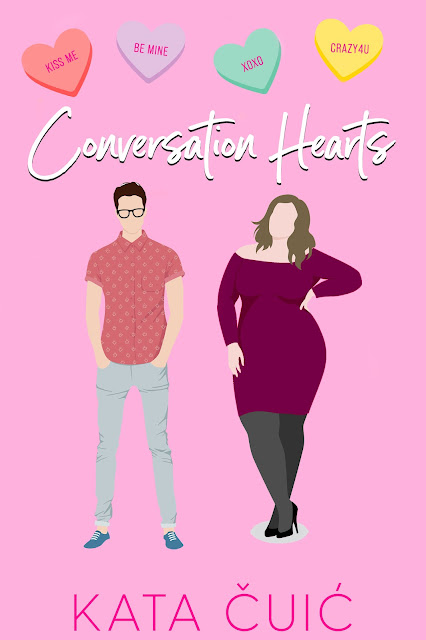 Title: Conversation Hearts
Series: Hectic Holidays #3
Author: Kata Ĉuić
Genre: Holiday Romantic Comedy
Release Date: February 1, 2022
BLURB
Olivia Holland doesn’t believe in astrology, Tarot, smudging, or aura cleanses. She might change her mind about manifesting. Does it count if she’s fake engaged to the man of her dreams? Even though he’s been her best friend for years, Liv doesn’t know how to communicate on a deeper level with Ollie. When she discovers that their baby making pact is a success, she has two choices. Either crack his secret code or walk away to let him live his best life. Unfortunately, their friends and family keep complicating an already complex task. What Liv needs is a little help from Cupid. She’s going to learn a love language that has no words.
Oliver Cucinelli does not count keeping secrets among his strongest skills. He’s never been good at lying, but he’s painfully familiar with the phrase “fake it ‘til you make it.” He didn’t plan on a fake engagement to the love of his life as a way to win her over, but he’s not going to waste this opportunity to research exactly, specifically, categorically how Liv defines love. Communication is key. Unfortunately for Ollie, communication is also not his strongest skill. To complicate matters, Liv is acting strange. How can he learn the deepest desires of a woman whose personality seems to change every hour? Language is hard, so he’s going to let his heart do all the talking.
ADD TO GOODREADS 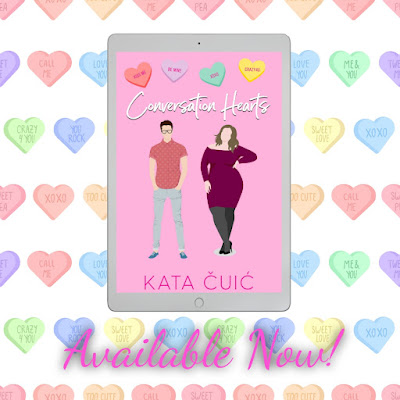 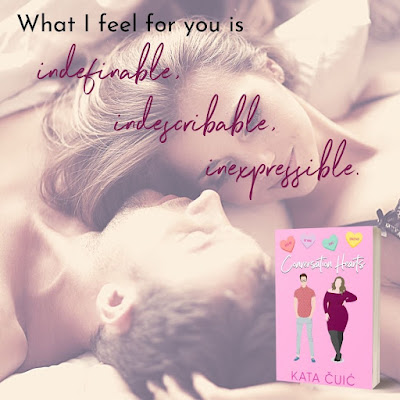 EXCERPT
I’m not sure if I believe in heaven or hell. I definitely don’t subscribe to my mom’s latest devotion to Tarot readings. She pulled a nine of Pentacles for me yesterday. Whatever the heck a pentacle is. It’s supposed to represent a period of peacefulness and satisfaction after working hard to achieve a lifetime goal. I hate to break it to her, but I feel anything but satisfied in my current life circumstances.
I wish I could be more like my best friend, Oliver, who orders his life around the rules of logic. My New Year’s resolution is to abandon the brash nature of following my heart and listen to my brain instead. It’s not going great so far. In fact, I’m pretty sure I’m screwed—not at all literally. If there is a place of eternal damnation for bad behavior, then I’m doomed.
No spiritual being would be this turned on at 7am in the morning while sitting on a barstool at a kitchen island in someone else’s house. Especially not after proposing a vow of celibacy to a man with a voracious sexual appetite.
In my defense, no mortal woman would be unaffected by the sight I’m being treated to at such an ungodly hour of the morning. If I have to be awake, then at least I don’t hate what I’m staring at—a fine, shirtless man moving around in his kitchen like he does every day. The muscles in his back ripple as he reaches for a glass in the cupboard. The flannel pajama pants that are already slung low on his waist sink a little lower when he bends to retrieve a fresh carton of juice from the back of the refrigerator.
He gives me a delicious view of his profile when he turns to pour his drink. I tilt my head to the side, studying the ridges and planes of his sculpted body. That V though. Mmmmmm. Good stuff. My gaze sinks a little lower to where a very defined bulge greets me.
“Good morning! You haven’t taken a ride on me in a while. Interested in smashing the deal you so recently brokered?”
“Yes, sir,” I whisper. Smashing sounds amazing right now.
“Did you say something?” Ollie asks.
My cheeks heat as I snap my gaze to my best friend’s face. “Uh, just talking to my coffee.”
He raises a single eyebrow behind his glasses. God, the man makes glasses look so sexy. “Since when do you talk to your coffee?”
“Since forever.” It’s not a lie. I just usually have my wits about me enough not to do it when anyone else can potentially overhear me.
Ollie takes a seat on the stool beside me. He gazes at my mug of liquid happiness with a furrowed brow. “What do you say to it?”
“Mmm, you feel so good sliding down the back of my throat. I love your warmth, your flavor. I get such a rush every time I drink you that I never waste a single drop.” I lick my lips for emphasis.
Ollie wiggles on his seat. That defined bulge hiding in his flannel pants grows a little more defined. “I had no idea you loved coffee so much.”
“I do,” I confirm, taking another sip. 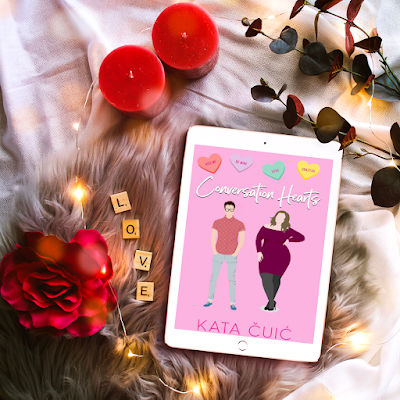 💗Review💗
Olivia and Oliver are best friends who both want more. They are pushing the parameters of their relationship and it all started with a pact which had the outcome they were looking for. The only problem is that they are both uncertain about the status of their relationship and they must find a way to communicate that works for who they are.
This story manages to balance humor and heart and will have you invested in the unique characters of Olivia and Oliver and their story.
ALSO AVAILABLE 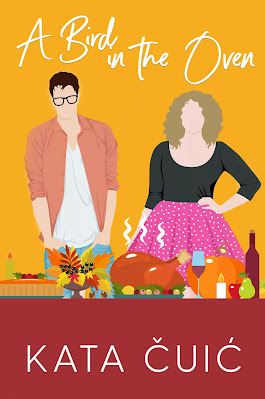 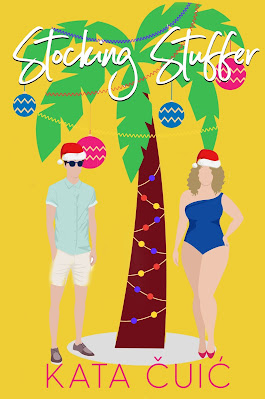 Kata Čuić lives in Pittsburgh, PA with her husband and three teens. No one told her life was gonna be this way. She holds a degree in Linguistics with a minor in Religious Studies from the University of Pittsburgh. Her plans of becoming a pediatric neurosurgeon were foiled by OChem 1. Fortunately, she’d been making up stories in her head since the days of her imaginary friend, Choosy. Putting pen to paper, er…fingers to the keyboard…came surprisingly naturally after her aforementioned teens decided it was time for them to cut their respective cords.
Kata writes everything from angst-filled YA series to standalone rom-coms and has been known to dabble in a bit of paranormal on the free stories section of her website. She believes nice guys shouldn’t have to finish last (except in the bedroom where she prefers an alpha between the sheets but a gentleman in the streets), and that the surest way to a woman’s heart is through laughter and food.
AUTHOR LINKS
INSTAGRAM
TWITTER
AMAZON
BOOKBUB
FACEBOOK
TIKTOK