Release Date: May 5
Does marrying well mean marrying rich?
As a senator’s daughter, Kennedy Blackwell has everything, or so it seems. But on her wedding day, a shocking secret changes everything, and Kennedy’s fortunes turn on a dime. Instead of offering their unconditional support, her parents turn their backs on her, proving once and for all that her father’s goal of becoming president is more important than his own child. Forced to start over, Kennedy relies on a pact she and five friends made to each other back in junior high. She also enlists the help of the “entertainment” from her bachelorette party, a handsome handyman-by-day, exotic dancer-by-night.
Wade Roberts faces his existence one crisis at a time. Everything bad in his life has directly resulted from a poor decision or the actions of a member of the Blackwell family. So, when the senator’s daughter calls asking for help, he’s torn between assisting her or making her “pay.” Soon tangled up in the Blackwell family drama, he finds himself being framed for an unspeakable crime. Wade must step up and prove his innocence and his love for a woman who deserves more than he can offer.
Can two people who start with nothing end up with everything?
Find out in No Matter What Happens… 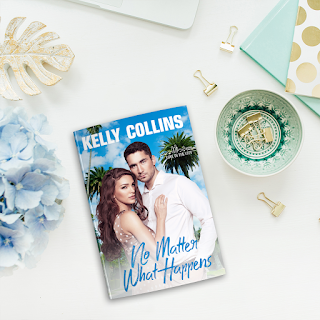 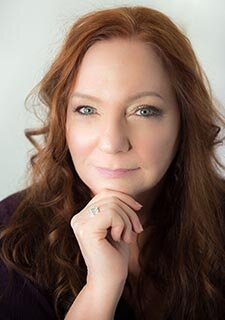 International bestselling author of more than thirty novels, Kelly Collins writes with the intention of keeping love alive. Always a romantic, she blends real-life events with her vivid imagination to create characters and stories that lovers of contemporary romance, new adult, and romantic suspense will return to again and again.

Kelly has sold more than a quarter of a million books worldwide, and in 2021 she was awarded a Readers’ Favorite Award Gold Medal in the Contemporary Romance category for A Tablespoon of Temptation.