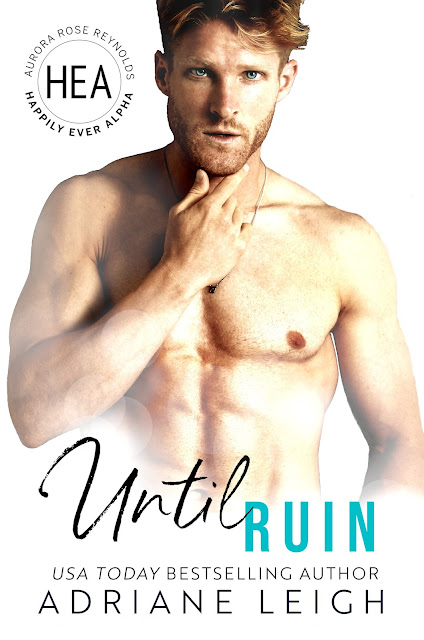 Title: Until Ruin
A Happily Ever Alpha World Novel
Author: Adriane Leigh
Publisher: Boom Factory Publishing, LLC
Genre: Contemporary Romance
Release Date: April 8, 2022
BLURB
After surviving an unexpected tragedy, Avalee is trying to move beyond the darkness that haunts her in favor of a future she isn’t sure she deserves. Back in Tennessee for the first time since her life fell apart, she’s thankful to land a job with a local construction company when she bumps into the last person she thought she’d see there.
The one that got away.
Darkness brews in Ruin’s eyes like angry storm clouds the moment he lays eyes on her again. The night Avalee left him deserted on the road plays like a loop, every passing heartbeat since like reliving the night he lost her all over. Chemistry sizzles between them even while the past threatens to rock their budding new romance off course. And just when they think they’ve buried the tragedy of their shared history, thunder clouds threaten again.
Someone else knows what happened that night, and they’re determined to make the new lovers pay….even if it ruins all of them.
Until Ruin is part of Aurora Rose Reynolds’s Happily Ever Alpha World. If you loved Until Jax and Until Cobi, then you will want to read Until Ruin.
ADD TO GOODREADS 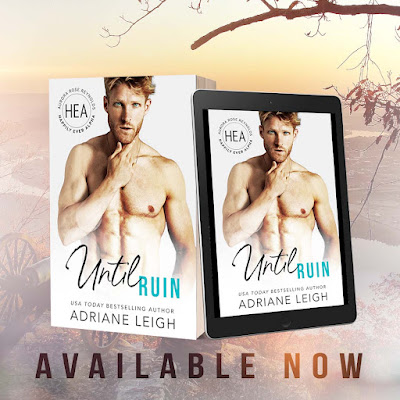 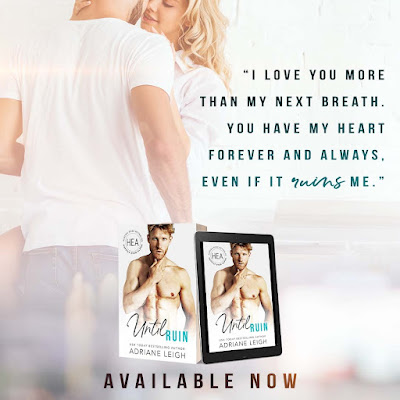 As a teenager Ruin’s homelife was difficult but the one bright spot in his life was Avalee until the night that changed everything. He has picked up the pieces of his life and didn’t expect to see her again until destiny bring them together once again however even if the feelings between them haven’t diminished he believes she deserves better than him.

Avalee was devastated when she and Ruin were forced apart and the intervening years haven’t been kind to her either. When she reunites with Ruin the chemistry and connection between them is stronger than ever but first they must deal with events of the past as well as the danger in the present.

Ruin and Avalee have always belonged together, and they deserve much better than what they have had to endure but I enjoyed seeing them find their way back to each other.

AUTHOR BIO
Adriane Leigh is a USA Today bestselling author of more than twenty novels. With features in publications such as The Montreal Gazette and Vogue Magazine, the award-winning author, in addition to writing, founded and built a community of internationally-renowned book conventions that draw thousands of readers and #1 bestselling authors to events around the world each year. She is translated into French, Spanish, Italian, and Portuguese, and lives on Lake Michigan with her family.
AUTHOR LINKS
FACEBOOK
INSTAGRAM
TIKTOK
WEBSITE 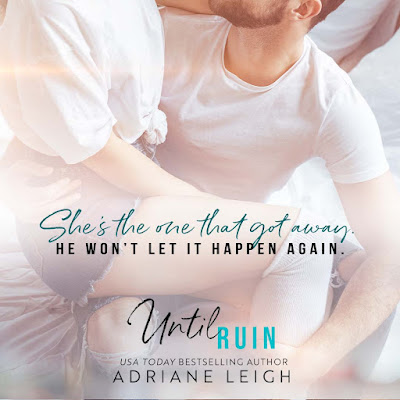 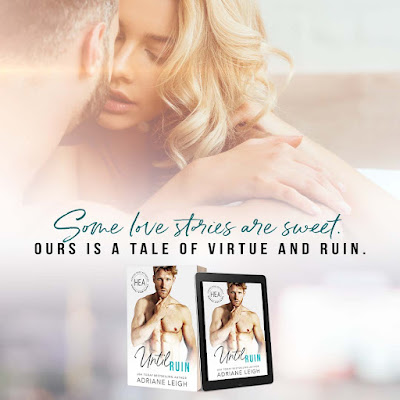