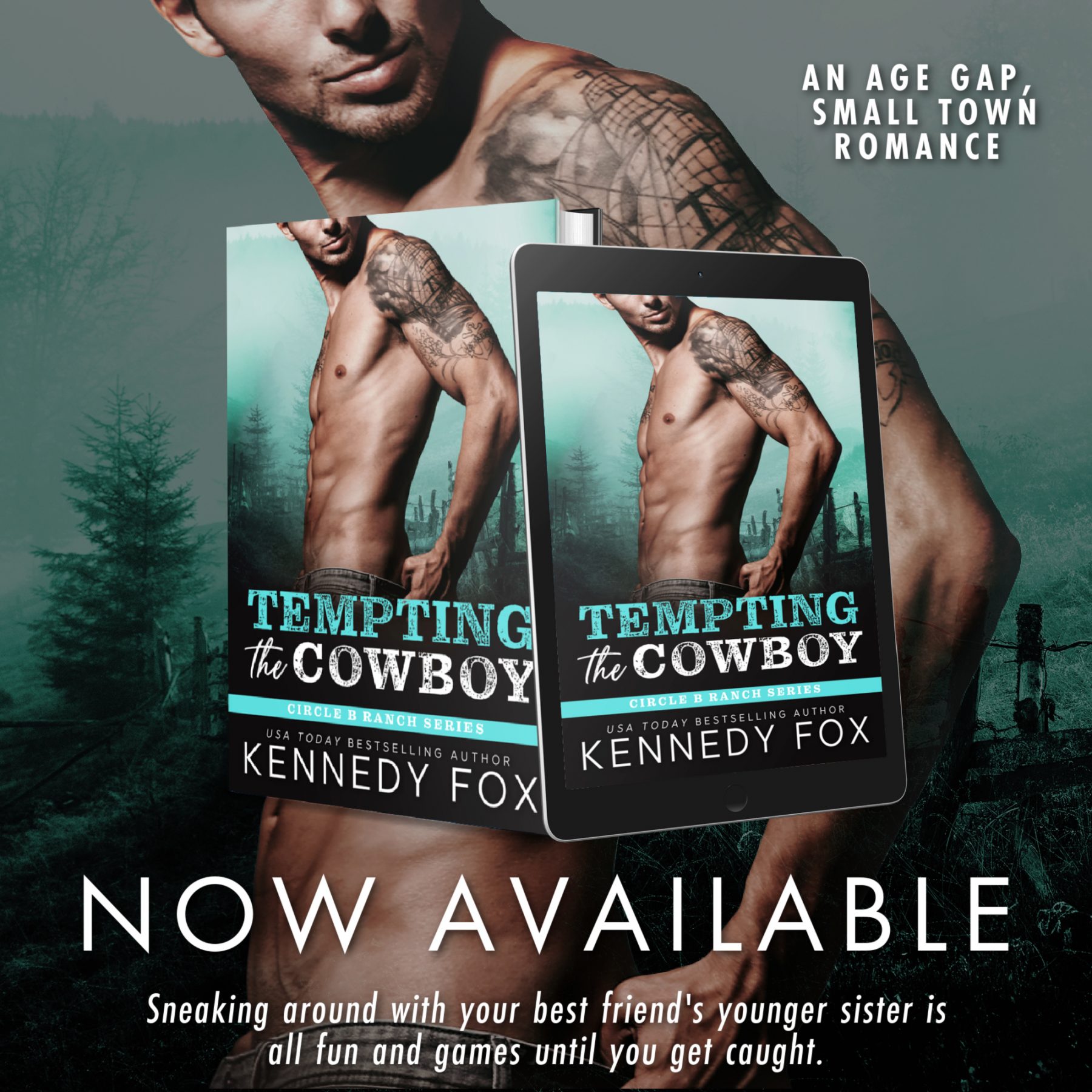 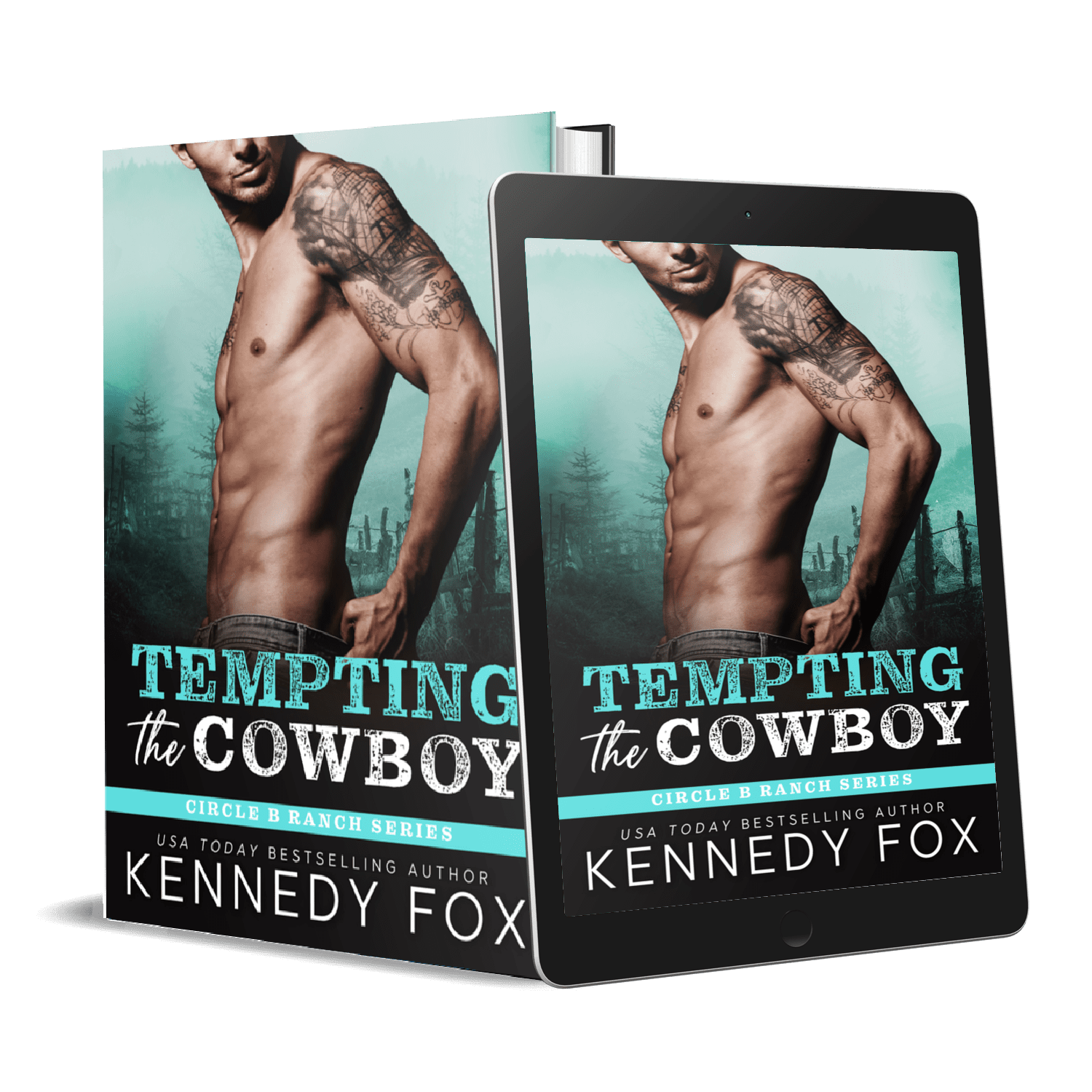 Tempting the Cowboy is now available on all retailers!

Kane Bishop’s content with living and working on the ranch, but something is missing—a family of his own. After his twin brother married the woman he once loved, Kane has moved on and is now focusing on new things. When his best friend’s little sister re-enters his life, the attraction is undeniable, but the timing is all wrong.

He should keep his distance and not tempt fate, but he can’t get her out of his head.

Ivy’s had a secret crush on Kane for as long as she can remember. Although she’s an introverted bookworm who hasn’t dated much, she’s ready to go after him. He might be a six-foot-three, inked, muscular god who’s out of her league, but she wants him to be her first and only.

She’ll risk it all to get his attention, but it won’t be easy since he’s off-limits.

Giving in to temptation doesn’t come without consequences—it’ll either bring them together or tear them apart.

**Tempting the Cowboy is a complete stand-alone and can be read without reading any of the other books or spin-off series, but if you prefer to read in order, start with Hitching the Cowboy as the characters and families do interconnect.** 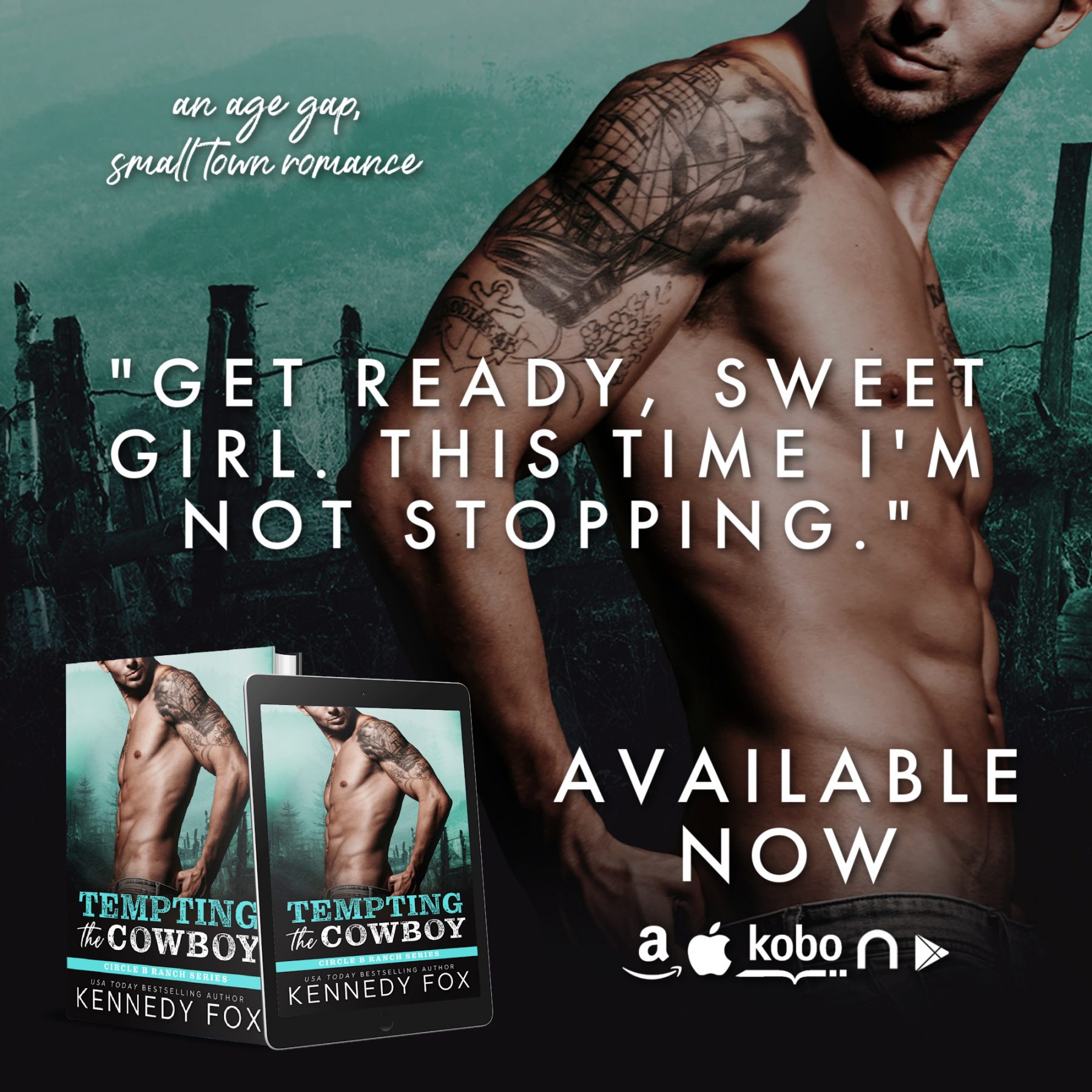 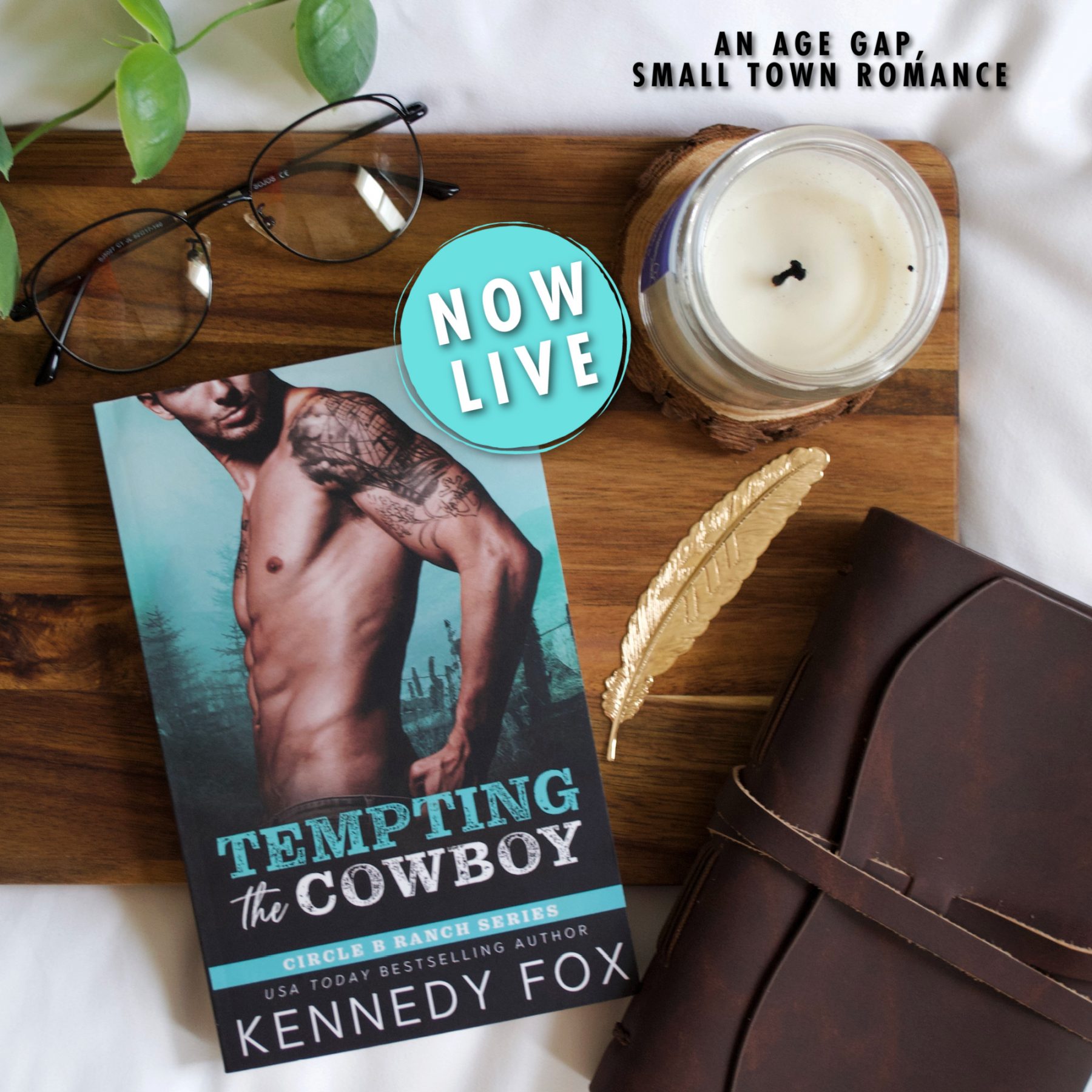 Watching his best friend fall in love with his twin brother wasn’t without its angst but it has opened Kane’s eyes to what he wants in his future. He is looking for a woman to spend his life with, but he certainly hadn’t expected it to be his best friend’s younger sister Ivy.

Ivy has been in love with Kane for years and he hasn’t noticed her, so she expected the situation to remain status quo. She believes in love and happy ever afters but the only romantic experience she has is through the books she reads. With their siblings now parents it brings them closer and once she has his attention she is determined to keep it.

Kane and Ivy are the perfect mix of sweet and sexy as the chemistry between them is hot, but he is so patient and understanding about their life experiences. She is feisty and has always known what she has wanted, and Kane is just the man to give it to her. As always catching up with the other Bishops only makes this story that much more enjoyable.

Enter to win 1 of 2 signed paperbacks on Goodreads! 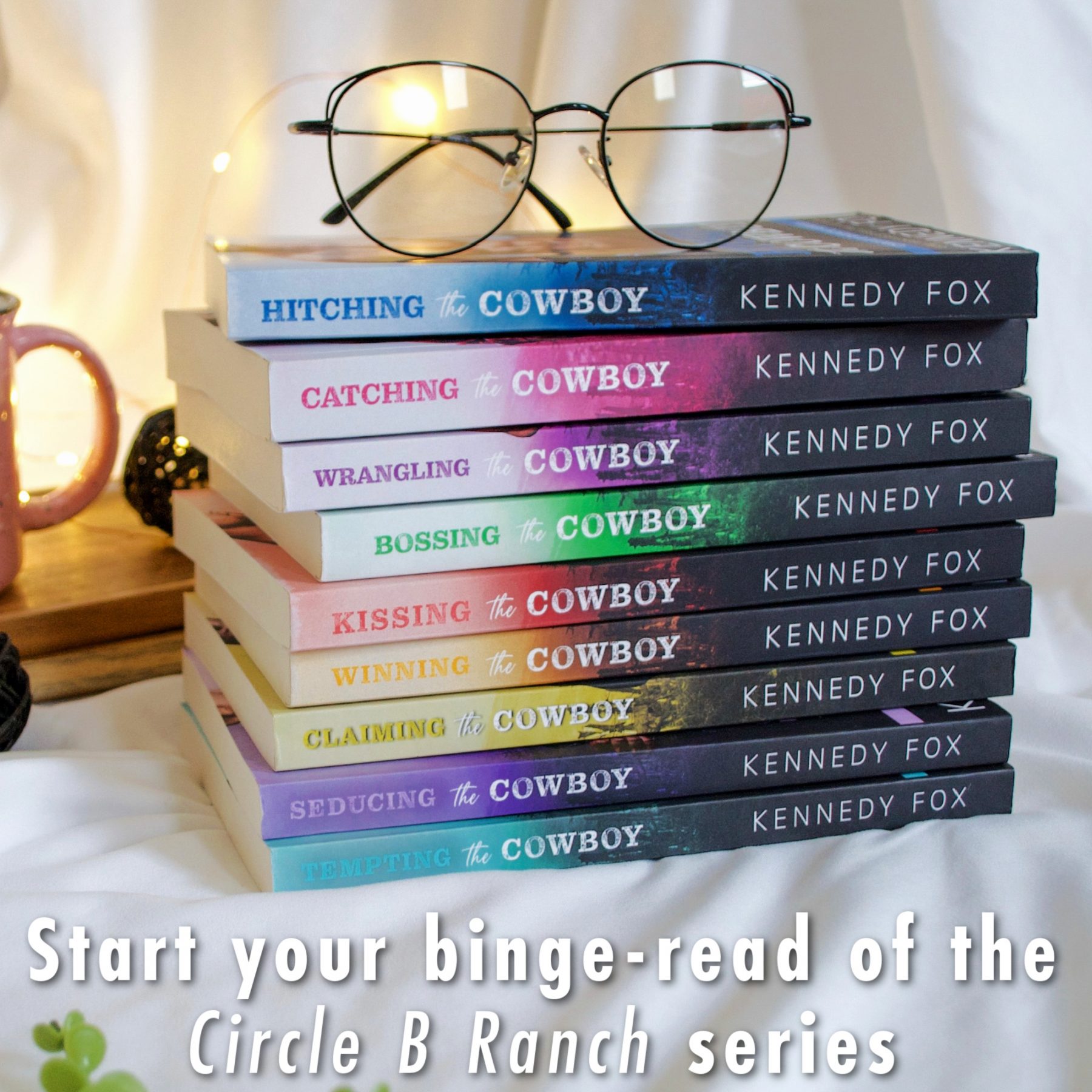