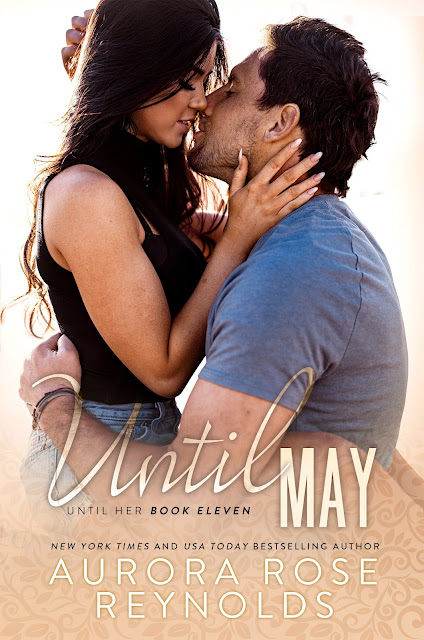 Title: Until May
Series: Until Her #7
Author: Aurora Rose Reynolds
Genre: Contemporary Romance
Release Date: June 21, 2022
BLURB
When May Mayson signed up with a popular dating app, she never thought she would get catfished. After being stood up for a date, she finds out that the man she’d been talking to for weeks was lying about who he is.
After that horrible experience, she changes her number and deletes the app… only to have fate shove Aiden Bender right into her path.
The famous ex-soccer player whose photo was used to bait her on the dating app is the last person she expects to come face-to-face with in real life. Now, suddenly, he’s everywhere she is.
With his soccer career over after an injury, Aiden is sure his shot at happiness is lost. Then he meets May, a woman he can’t seem to get enough of. Now, all he has to do is convince her he’s not playing a game—while juggling his father’s construction company, blocking the flow of women his mother keeps sending his way, and avoiding getting run over, and shot at by whoever is out to get him.
There’s a game being played, and neither May nor Aiden understand the rules.
ADD TO GOODREADS 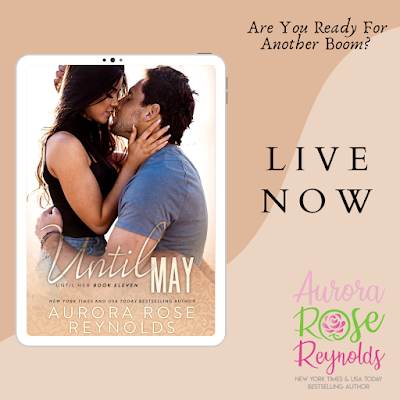 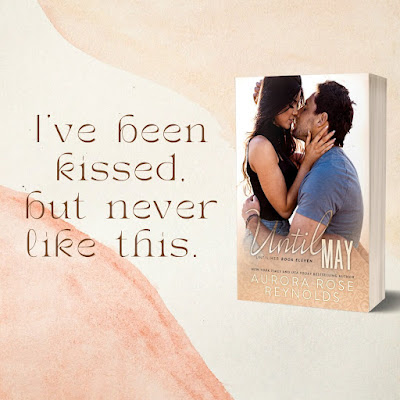 May is a librarian who is most comfortable between the pages of a book and is convinced try the world of online dating. After conversing with a man online she if ready to meet him only to find out it was nothing but a lie and that the man she thought she was dating had no idea what was going on.

A career ending injury has Aiden back in his hometown to help out at the family business. Although he and May met under less-than-ideal circumstances he is enchanted with her and determined to prove he is nothing like the man she met online but as the chemistry escalates between them so does the danger.

May is cautious after what she has just been through, but Aiden is charming and not about to let anything come between them. Hot chemistry, a little suspense and a swoony romance that will keep you entertained from beginning to end.

Aurora Rose Reynolds is a New York Times, USA Today and Wall Street Journal bestselling author whose wildly popular series include Until, Until Him, Until Her, Underground Kings, Shooting Stars, Fluke My Life and How to Catch an Alpha series.
Her writing career started in an attempt to get the outrageously alpha men who resided in her head to leave her alone and has blossomed into an opportunity to share her stories with readers all over the world.
AUTHOR LINKS
NEWSLETTER
AMAZON
BOOKBUB
FACEBOOK
GOODREADS
INSTAGRAM
PINTEREST
TWITTER
WEBSITE 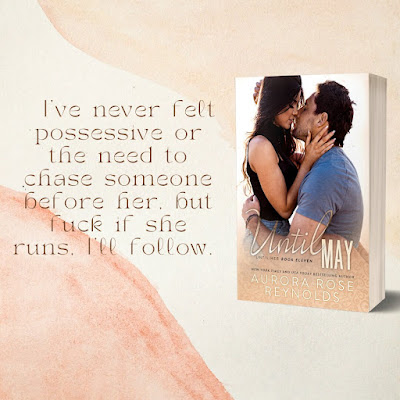