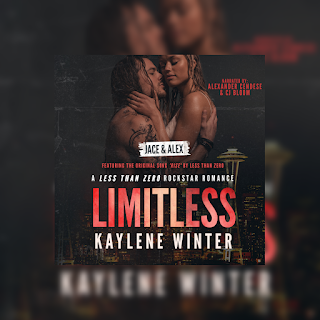 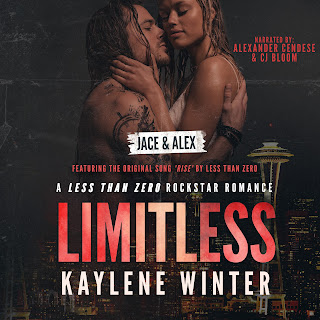 🎧Review🎧
Jace’s skills both as a drummer and when it comes to publicity have helped him and his bandmates rise from a rising star to stardom but there has always been someone in the background supporting him even if they have kept their relationship and feelings for each other private.
Alex met Jace when she was a teenager and after one steamy encounter, they realized that one night was not enough. She has plans for the future so as much as she is drawn to Jace she isn’t about to put her dreams on hold so that he can follow his but that doesn’t mean she can walk away either.
Their journey spans almost a decade and is filled with emotion and mistakes but underneath it all is a strong bond that although tested never breaks until they can finally have the life they were destined to have. The narrators did a wonderful of bringing out the angst and the love that this couple shared.

Kaylene Winter wrote her first Rock Star Romance novel at age 15 starring a fictionalized version of herself, her friends and their gorgeous rocker boyfriends.

After living her own Rockstar life as a band manager, music promoter and mover and shaker in Seattle during the early 1990’s, Kaylene became a digital media legal strategist helping bring movies, television and music online.

Throughout her busy career, Kaylene lost herself in romance novels across all genres inspiring her to realize her life-long dream to  write creatively.

In 2020, she published ENDLESS – Book 1 in the popular Less Than Zero series. She lives in Seattle with her amazing husband and Siberian Husky. She loves to travel and support charitable causes supporting arts and animals.