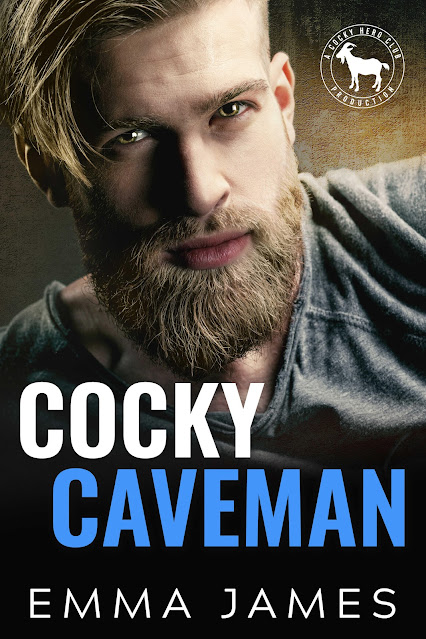 Release Date: July 31, 2022
Vi Keeland and Penelope Ward are excited to bring you the Cocky Hero Club: original works from various authors inspired by Keeland and Ward’s New York Times bestselling Cocky Bastard series.
BLURB
What happens when an ex-military, cocky musician meets a sassy ex-bounty hunter? Sparks will fly.
Tucker Royal was born cocky.
Tall, bearded, and rock star handsome, he is only looking to order two coffees to-go when he walks into Peace Café.
Instead, Tucker leaves with a pocket-rocket spitfire in his arms, returning her safely to Temecula wine country after their meet-cute takes a turn for the worse.
Ophelia doesn’t date. She’s in a committed relationship, working on herself and her soon-to-be-open tiny house Airbnb business, the Fainting Goat Ranch.
Tucker wants a date.
There is a non-date in their future—which in no way gets classified as a date—an ambush is more like it, assisted by Ophelia’s cousin and his wife. It leads to Tucker bringing his secret weapon—his sisters—into play.
The more time spent in Tucker’s witty, banter-filled company, the more she could see the man underneath.
But Ophelia’s guarding a painful secret. In her eyes, love can only wreck you.
It’s a good thing for Ophelia that Tucker’s leaving for a ten-week vacation with his sisters. Things can get back to normal because Gwendoline, her boom box-loving, curvy Aussie BFF, arrives to keep her company and help her run the Airbnb.
Tucker’s vacation turns into a spontaneous secret mission, going off the grid, keeping communication open only with his trusted best friend, Shamus MacDougall.
Tucker finds creative ways to court Ophelia from afar, using his Scottish friends as allies—the Mighty MacDougalls—with hilarious results.
Until trouble comes Ophelia’s way.
Are they fated to be ships in the night, with Ophelia’s secret forever hidden, or can they find their way into each other’s arms, no matter the cost?
Cocky Caveman is a second chance romantic comedy inspired by Cocky Bastard.
ADD TO GOODREADS 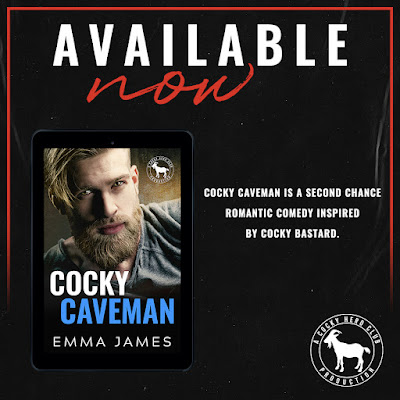 PURCHASE LINKS
AMAZON US / UK / CA / AU
Free in Kindle Unlimited
COMING SOON IN AUDIO
💙Review💙
Although their first meeting may have been unconventional Tucker knows that they are meant to be together and he isn’t about to let her reservations or the challenges that life continues to throw at them stand in her way.
Ophelia has plans for her future and they don’t include getting sidetracked by a man no matter how appealing he is. Even though they find themselves separated physically Tucker is determined to show her she can trust him with her heart and her past.
The banter between Ophelia and Tucker is humorous and not only are Tucker and Ophelia great characters but there is a great cast of intriguing secondary characters as well. 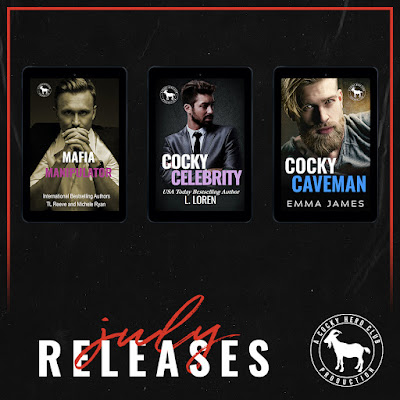 Her style is writing unpredictable stories whether contemporary laugh-out-loud romance or dark and twisted romance with steam.

Even in her dark storytelling, there is room for a spark of humor.

She lives with her husband and family, including a grumpy pet rescue cat, Morrison, in a seaside community. Reading, writing are her passions.