When there is Love at Sea, can a singles cruise teach them that love is worth the risk? After her husband’s death, Courtney Fowler swore off love, but when a friend tricks her into a singles cruise where she runs into Seth Mitchell, her world gets turned upside down and she begins to want things she never thought she’d want again. Fans of second chance romances will devour THAT SHIP HAS SAILED by HM Thomas, a sexy widow romance. 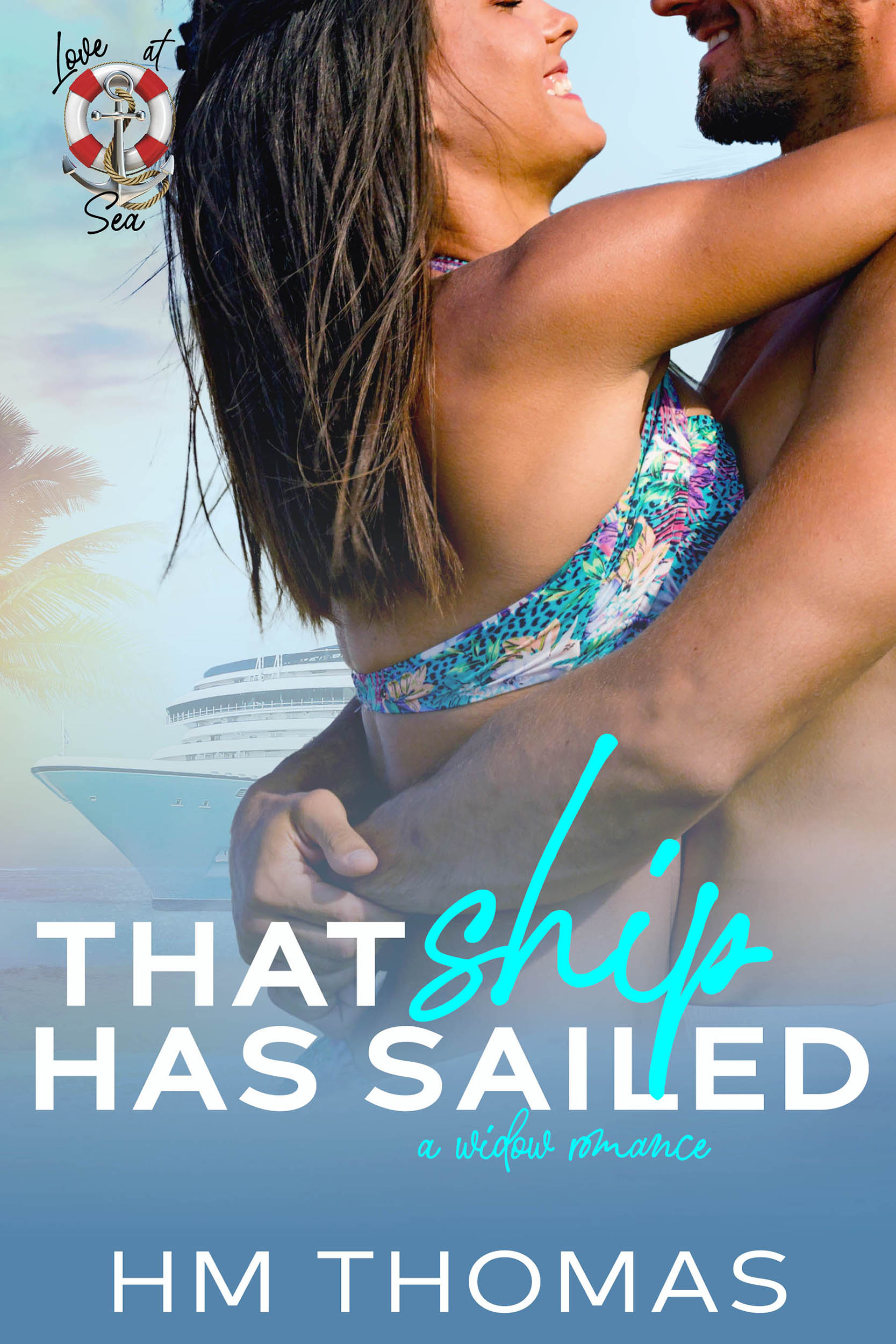 Courtney Fowler was living proof of that.

After her husband’s death, she swore off love and relationships, too afraid of being hurt again.

Then her best friend tricks her into a singles cruise where Courtney runs into hotshot firefighter and snowboarder – Seth Mitchell.

With a dangerous job and the threat of one day never making it back home, Seth is everything Courtney has tried to avoid – and everything she secretly wants.

When they find themselves ditched by their friends, they decide to make the best of their time on the cruise ship and enjoy each other’s company – no strings attached.

But what happens when the cruise is over and it’s time to return to the real world? Can Seth teach Courtney to love again and convince her that together they’re worth the risk or has that ship sailed?


That Ship Has Sailed is a widow/finding love again romance, part of the Love at Sea multi-author series. Get ready to set sail through the Caribbean on Festival Cruises’ most alluring voyage with eight of your favorite authors – happily ever after guaranteed! 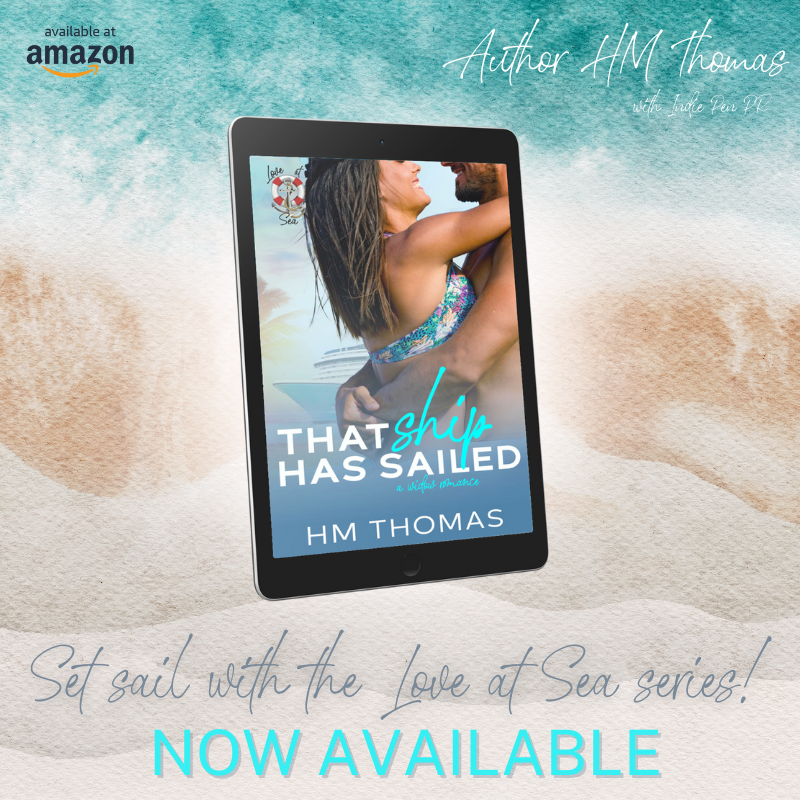 I guess I just got peeved last night because I was kind of hoping you’d checked me off on your sheet, since you were the only woman I selected.”

The smile melted from her face.

“I threw my paper away.”

Of course she did, she’d only met overgrown man-children, she wouldn’t want her information being shared with any of them.

“I’m not on this cruise to meet anyone,” she continued, saving him from having to reply. “Like I’ve said, Ashley didn’t tell me it was a singles cruise and then she signed us up for speed dating. I’m just . . . I was already bad at dating before, and now I just don’t even think I want to.”

“Especially since your only options are overgrown man-children?”

A pink blush worked its way up her neck. “Yes and no.”

He waited for her to elaborate.

She rolled her eyes. “I briefly considered the possibility of a . . . hookup. Though considered is probably too strong a word. Entertained might be better. Anyway, while at the speed dating, I wondered if I could be compatible with any of the men there.”

“And you found us all lacking?”

Another eye roll. “You’re not on the list, Seth.”

“No.” She shook her head. “I mean, yes.” She huffed out an exasperated breath. “I can’t hook up with you on a cruise.”

His mind went blank of all thought. Had she just said she couldn’t hookup with him? He could most readily assure her she could.

She sighed, causing her breasts to push against her strappy tank top. “Your friends with Zack which makes you sorta friends with Ashley. You don’t have vacation hookups with your friend’s friend.”

“You don’t?” Too bad no one had ever told him that, he probably could’ve saved himself a lot of trouble over the years. “Why not?”

Fair point. “But why would it have to stay on the ship? Like what if it was so good, you wanted it to go off the ship?”

“Do you live in a rom-com, Seth? That doesn’t happen in real life. In real life, you have sex, and it gets messy. One person catches feelings and the other one doesn’t, or the sex is terrible but you don’t want to hurt anyone’s feelings, or . . .”

“Or you’re a widow who isn’t quite ready and you don’t want to have to keep looking at what you did?”

Her face fell and her mouth dropped open.

“Too close to the truth?”

“You don’t know me, Seth. I already told you that.”

She opened her mouth to protest, so he picked up another strawberry and shoved it between her parted lips.

“I’m not saying I want to have sex with you, Courtney.” Though God knew he did. “I’m saying I’m not looking to meet anyone either, and it looks like our roommates have already paired up. Whether either of us like it or not, this is a cruise meant for couples. If we don’t pair up, fate will find someone to match us with.”

He spared her a blank look. “We could hang out. Possibly enjoy each other’s company and have a great cruise.”

“Without flirting or having sex or any of that?”

He ground his teeth to keep from bursting her perfectly constructed bubble of denial. “We won’t do anything you don’t want.”

Her gray eyes narrowed. Something told him that wasn’t the answer she’d been looking for. “Yes,” he clarified, hoping to ease her nerves. “We can hang out without anything romantic or sexual happening.” Though he knew if she didn’t want him, he could make it a lifetime without having sex with her, he highly doubted either of them could make it through the rest of this meal without flirting. Courtney wasn’t as outgoing as Ashley, but her subtle teasing and sweet smile were as effective at getting his attention as any over the top gesture.

“Fine,” she huffed as if crying uncle. “I guess it would be nice to have someone to hang out with while Ashley’s tongue is shoved down Zack’s throat.” 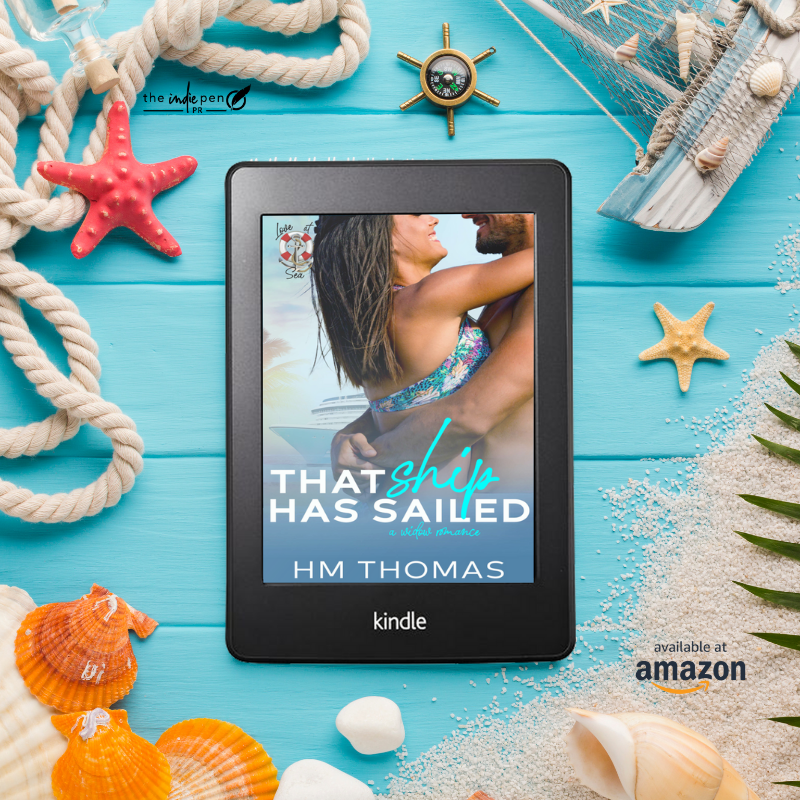 Courtney is still trying to heal from the loss of her husband and doesn’t ever want to feel that pain again. She is convinced by her friend to go on a cruise with her but finding out it was a single’s cruise was a surprise she wasn’t expecting especially when it brings Seth into her life.

Seth leads an adventurous lifestyle when it comes to his career as a firefighter and snowboarder. He isn’t looking for love or a relationship but the more time he spends with Courtney the closer they become but will she will be willing to open her heart and life to the possibilities of what they could have together?

Courtney and Seth definitely have some turmoil to overcome as they much decide what and who is important to ensure their future happiness.

HM Thomas grew up in a southern town creating worlds bigger and more dramatic than her own. She credits her dad’s nightly story times for her love of the written word and her mom’s devotion to Days of Our Lives for her love of dramatic fiction.

HM was writing fan-fiction long before it was a thing, taking the characters from her mom’s soaps or her own books and creating even more twists and turns for them. As she got older, she wrote her own friends into the plots. Some of them are still there.

After graduating from Clemson University, HM got her own Happily Ever After and decided to start writing them for her characters as well. She began focusing on romance, oftentimes mixed with suspense.

When not writing, HM enjoys traveling and hiking with her husband, three children and rescue dog. On a good day, she can be found with a book in her hand. On a really good day, there will be a campfire.