The first time I met Caspian Spearman, we had the perfect night.

The second time, I was on the arm of his biggest rival.

The third night… was a string of mistakes.

Let’s do a play-by-play—or mistake by mistake.

2.     I didn’t kill him when I caught him sleeping with his best friend.

According to the internet I’m married to the hot, arrogant, womanizer captain of the Portland Orcas.

It’s all over social media—in case we need proof.

Even my mother watched the blissful event—kill me now.

He can’t afford the bad PR.

So, we agree to stay married.

At least until the end of next season.

And in the meantime, we’ll enjoy our off-the-charts chemistry.

The benefits of being married, he says.

What can go wrong?

After all, it’s only sex. 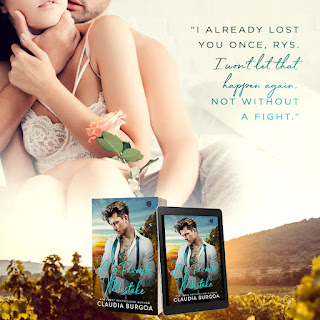 🏒Review🏒
When Rys decides to surprise her boyfriend in Vegas she is the one who is surprised to find out he is not alone. Her attempts to forget about what happened, at least for a little while, take a turn when she reunites and spends the night with Caspian. The next morning, she thought they would go their separate ways until she realizes that they are married, and it appears that she is the last to know.

After their night together a few years earlier Rys realized that one night was not enough however he found himself unable to pursue her when she started dating his competitor. Now that she is back in his life, he isn’t about to let her walk away a second time and that is when the fun really begins!

Rys and Caspian were so much fun together as she tries to fight her feelings and he is determined to fight for her as they take us on a romantic journey with all the feels. 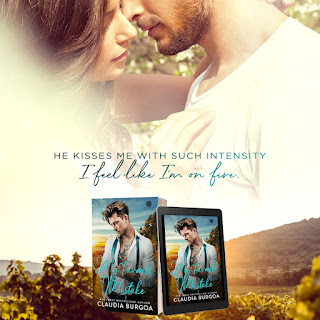 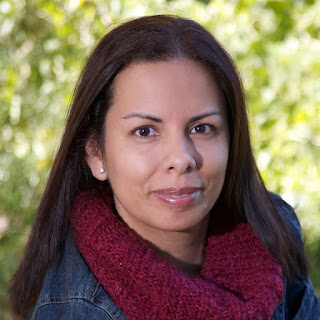 She writes alluring, thrilling stories about complicated women and the men who take their breaths away. Her books are the perfect blend of steamy and heartfelt, filled with emotional characters and explosive chemistry. Her writing takes readers to new heights, providing a variety of tears, laughs, and shocking moments that leave fans on the edge of their seats.

She lives in Denver, Colorado with her husband, her youngest two children, and three fluffy dogs.

When Claudia is not writing, you can find her reading, knitting, or just hanging out with her family. At nights, she likes to binge watches shows or movies with her equally geeky husband.