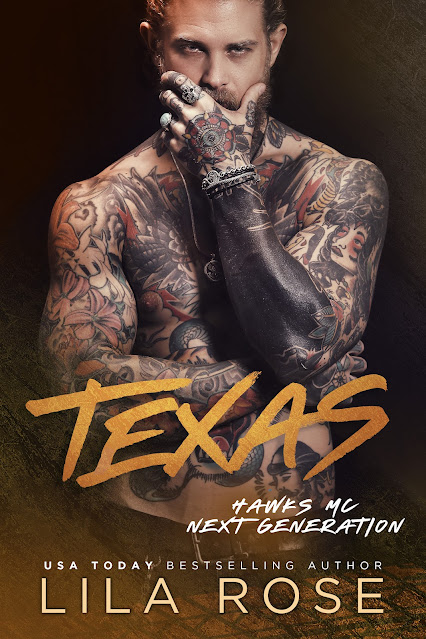 Title: Texas
Series: Hawks MC: Next Generation #3
Author: Lila Rose
Genre: MC Romance
Release Date: October 11, 2022
BLURB
Growing up around the Hawks Motorcycle Club, Maya and Texas have been in each other’s lives seemingly forever. Maya’s crush on her brother’s best friend has lasted almost as long.
Older and somewhat wiser, she knows the man who’s always had her heart will never see her as anything other than his friend’s sister. But try as she might, she can’t escape him. Everywhere she goes, Texas is there, and now it seems like his eyes are always on her.
What in the hell is she meant to do with this version of Texas?!
Recovering from an injury and feeling nothing but Maya’s calming presence, Texas finally sees the possibilities right in front of him. There’s nothing like a punch in the gut when his eyes are pried wide open.
Now he’s on a mission to prove to Maya his playboy ways are over and that he can be the man she needs and deserves. Life is too short not to take what really matters, and to him, that’s Maya.
Note: This is book three in the stand-alone Hawks MC: Next Generation series. Like a lot of Lila’s MC books, you’ll discover romance and heat wrapped up in the love of a MC family.
ADD TO GOODREADS 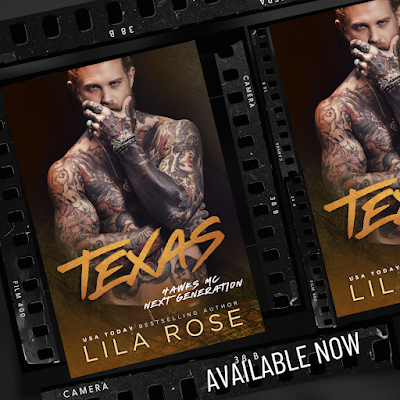 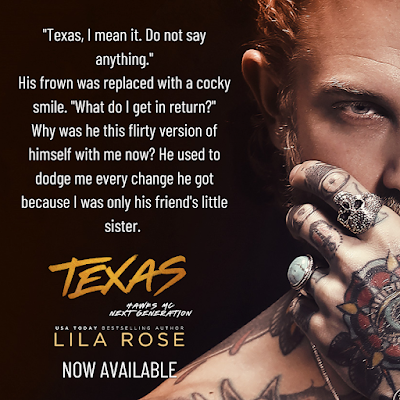 🏍Review🏍
Maya may have given Texas, her brother’s best friend, her heart when she was a teenager but with the amount of women that have come and gone from his life she knows that he doesn’t feel the same way. She has decided that some dreams aren’t meant to come true and works toward creating a future that doesn’t include him.

Texas used to think of Maya as his best friend’s sister but that is starting to change. After a a traumatic event he is there when she needs someone the most and it forces Texas to face his feelings for her and prove to her that they are destined to be so much more than friends.

Maya shows how feisty and strong she truly is while Texas is both protective and possessive and isn’t about to let anyone or anything come between him and the woman he loves. 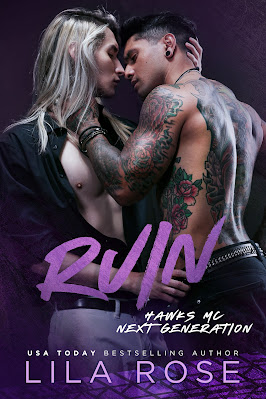 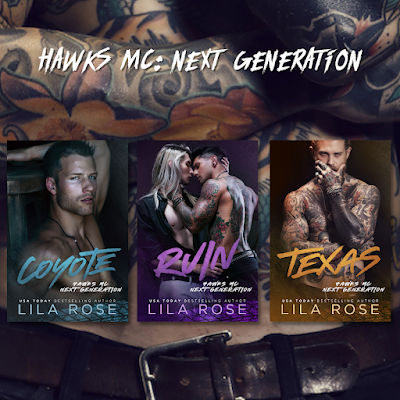 AUTHOR BIO
Lila was born in Brisbane Australia, her step-dad was in the Army which caused them to move around a lot. They finally settled in country Victoria, Australia. Being the youngest of four children she admits she was spoilt a bit. Even drove her mum crazy when she refused to eat meat at a young age.
Now, Lila lives with her husband and two children.
She started writing in 2013 and self-published the first of the Hawks MC: Ballarat Charter series- Holding Out. Since then, she has published eleven other titles, which range from erotica, humorous romance, YA and paranormal.
AUTHOR LINKS
WEBSITE
FACEBOOK
INSTAGRAM
TIKTOK 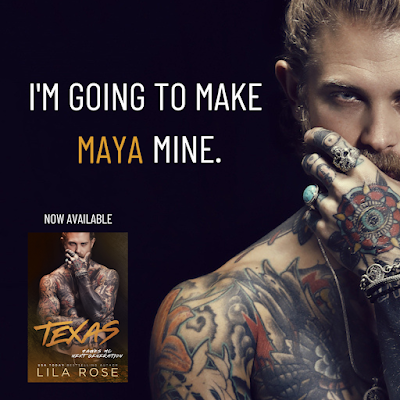