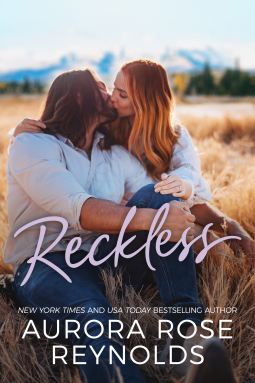 From New York Times and USA Today bestselling author Aurora Rose Reynolds comes a steamy romance about what happens when a risk-taker tries to follow the rules.

Jade has always been the reckless type. But after her relationship implodes and her business goes under, she realizes it might be time to change her ways. She decides on a fresh start in a new place: Montana.

But shortly after her arrival in Big Sky Country, she meets headstrong wilderness retreat owner Maverick, whose name, fittingly, means “dissenter.” Jade tries to convince herself he’s not the type of man she needs in her life. The problem is, she wants him in her life. She wants him more than anything.

For Maverick, his attraction to this out-of-towner is undeniable. But he’s sworn off relationships—until he gets to know the fiery-haired, fiery-tempered Jade. He can’t help but wonder if it’s worth opening himself up to her. It’s a gamble, sure. But is it reckless?

Or is love a high-stakes game of risk and reward that just might pay off in the end?

When Jade’s life is thrown into turmoil both personally and professionally she needs a fresh start and there is nowhere better than Montana where she can be close to her best friend. Based on the decisions she has made in the past when it comes to the men she allows in her life she isn’t looking for love or a relationship but after Maverick comes to her rescue she thinks he might just be the exception to the rule.

Due to his past Maverick never believed that love and family would be part of his future however he had never met anyone like Jade. He is drawn to her in a way he never expected as she brings out all the protective tendencies he didn’t know he had and now he can’t imagine a future without her.

Although neither Jade nor Maverick were looking for love they didn’t back away from it either. They had a few challenges to overcome but with the support of their friends there was never any doubt that they belonged together. 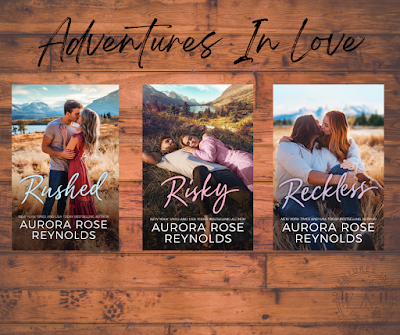 Aurora Rose Reynolds is a New York Times, USA Today and Wall Street Journal bestselling author whose wildly popular series include Until, Until Him, Until Her, Underground Kings and Shooting Stars.

Her writing career started in an attempt to get the outrageously alpha men who resided in her head to leave her alone and has blossomed into an opportunity to share her stories with readers all over the world.