Buy links → Read it for #FREE with #KindleUnlimited! 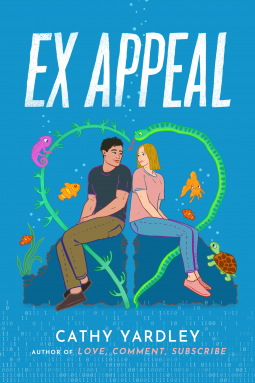 A hacker and a fixer—who just happen to be high school exes—reunite to help each other out in this witty second-chance romance from the author of Love, Comment, Subscribe.

Vinh Doan has a problem. Ten million of them, in fact. He’s a high-level fixer for global conglomerates, which means big money…and big troubles. When ten million dollars go missing from one of his accounts, he needs a top-notch hacker to find it. His first thought? Emily MacDonald, his high school ex.

While Vinh has been taking the financial world by storm, Emily has been struggling. After her dad died, she dropped out of college and put her dreams aside. Her job in tech support has seriously tested her sunny disposition and her finances. Now, there’s an unexpected solution: Vinh, the guy who dumped her when she needed him most.

When Emily finally lets herself listen to Vinh’s request, she realizes that this is a desperately needed chance to get paid…and get payback. But the more time they spend together, the more they recognize that even though they’re not the same people they were a decade ago, their off the charts attraction is just as strong as ever. As they give in to their simmering chemistry, can Emily and Vinh let go of their past, figure out their futures—and hack a second chance at love?

Emily believed that Vinh was a man she could count on only to find out that was not the case. When she had to withdraw from college to help out her family she lost more than her education. She now finds herself working multiple jobs doing whatever is necessary to survive so the last thing she expects is for Vinh to come back into her life looking for help. While her heart tells her to say no her head tells her this is an opportunity she can’t turn down.

Financially Vinh is a success but when it comes to the other choices he makes it isn’t so clear. He now works for a consulting firm where he is being blamed for a large amount of client funds that have gone missing. His only option is to find out who is behind it and for that he needs someone with computer skills however that means facing his past.

Both Emily and Vinh are still trying to deal with the emotional turmoil of their past both as a couple and as individuals. Time and distance have given them clarity and being together forces them to look at the choices they have made and the future they want.