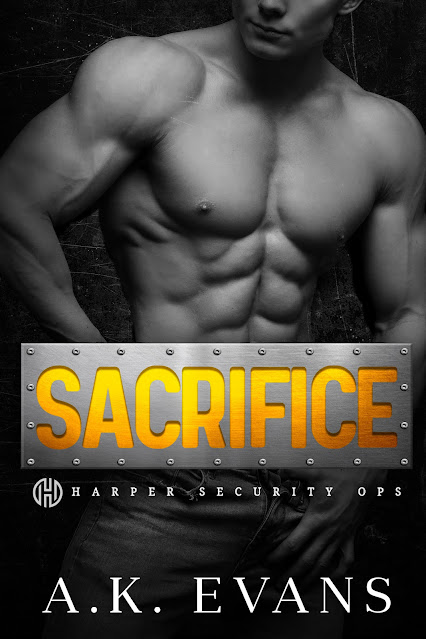 Title: Sacrifice
Series: Harper Security Ops #5
Author: A.K. Evans
Genre: Military Romantic Suspense
Release Date: November 15, 2022
BLURB
There’s no shortage of eye candy for the administrative staff of Harper Security Ops. But Avalon McCoy has eyes for only one man.
When Damon Knight’s younger sister is kidnapped, Avalon is determined to help him in any way she can. When she winds up kidnapped herself, Avalon doesn’t use what she knows to save herself. Instead, she promises to rescue Damon’s sister.
She knew it was stupid, but she blamed it on love.
The moment Damon learns that Avalon has put herself in danger for his sister, he vows to get her back safely. He can’t bear the thought of not seeing her beautiful smile or hearing her sweet voice again.
But Damon needs to work diligently because Avalon’s captors are ruthless.
And this is a sacrifice he can’t bear to let her make.
ADD TO GOODREADS 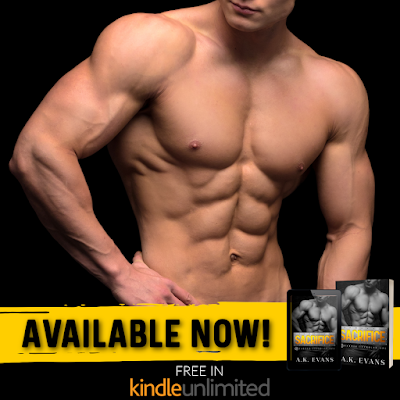 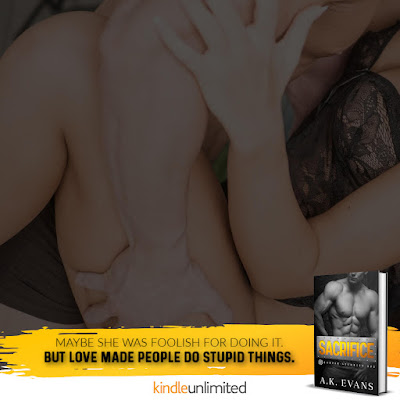 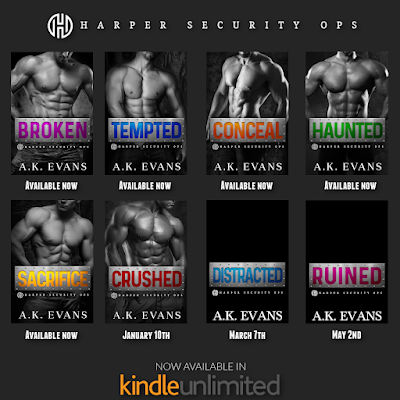 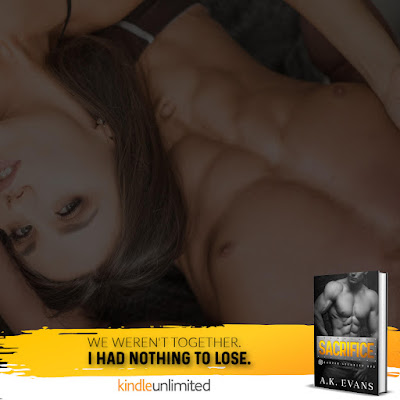 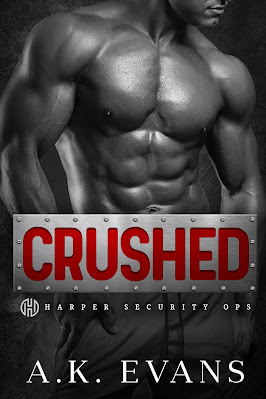 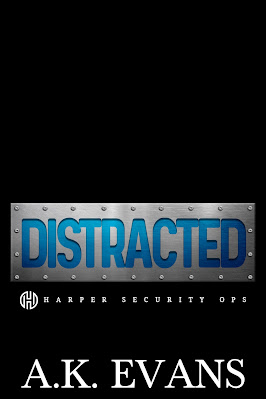 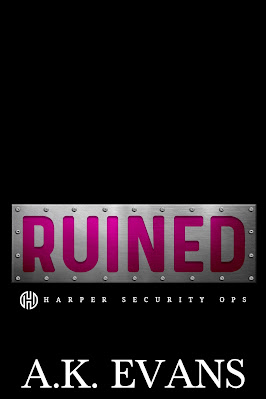 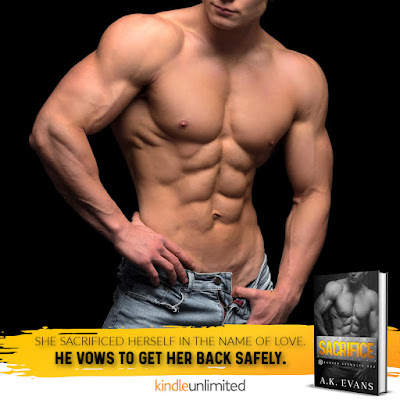 💛Review💛
Avalon has had feeling for Damon ever since she started to work at Harper Security, but she believed that they were destined to just be friends. When circumstances unfold and she finds herself kidnapped as well as his sister she shows how selfless she is when she is determined to rescue his sister with no thought of what it will mean for herself.

The two people that Damon loves the most are in danger and his greatest regret is what he didn’t say to Avalon. He will rescue Avalon and his sister and once he does he will show Avalon what she really means to him.

Avalon is strong and resilient while Damon struggles to overcome his feelings of guilt for what she went through. Avalon and Damon have always belonged together and they take us on a suspenseful and romantic ride as they realize it as well. 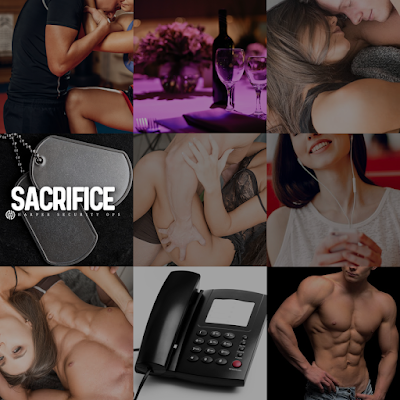