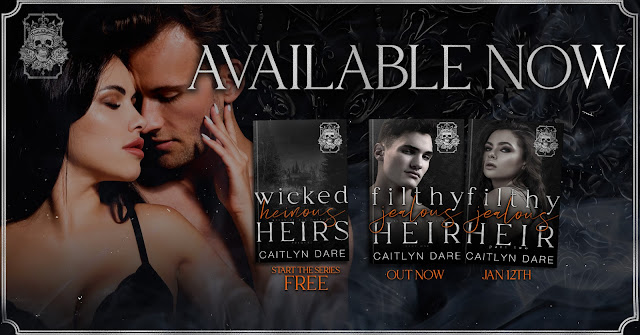 Olivia Beckworth knows what it’s like to live in a man’s world. She is the twin sister of an All Hallows’ Heir, after all.

Wicked. Arrogant. Entitled. They stalk the halls of All Hallows’ like gods.

She hates everything they stand for, everything they represent. But she hates none more than Reese Whitfield-Brown. Her brother’s ex-best friend and the Heir that up and left them without so much as a word.

At least with Reese gone, no one will ever find out her dirty secret little secret.

She’s safe. She can move on with her life…

Until Reese shows up ready to get revenge on everyone who hurt him.

Filthy Jealous Heir: part one is a dark high school bully romance. If possessive, rugby playing alphaholes aren’t your thing, you probably won’t like this book! 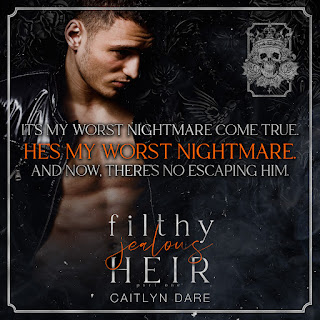 🧡Review🧡
Reese is an heir who chose to live when life as he knew it destructed around him through no fault of his own. He has now returned to take his rightful place and is determined to get revenge against those he believes wronged him and it starts with Olivia.

Olivia is Oak’s twin sister who is a fellow heir and Reese’s best friend before his life changed and if that isn’t complicated enough, they are about to become step siblings. Despite the way he treats her that doesn’t diminish the feelings and attraction she has for him.

The banter between them is entertaining and Olivia’s feisty personality isn’t about to just take Reese’s behavior without fighting back. Secrets are revealed and the surprises keeping coming which leaves us wanting more of Reese, Olivia and their story. 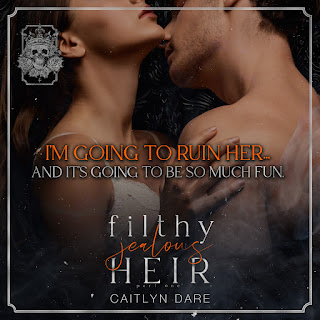 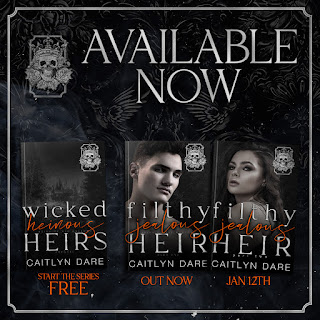 She writes angsty, gritty stories about alphaholes you’ll love to hate and the feisty girls who bring them to their knees.

To learn more about Caitlyn Dare & her books, visit here!