When there’s Love as Sea, can a former one-night stand turn into forever? Being on a lover’s cruise wasn’t hockey star, Dylan Harding’s idea of a dream vacation, but when he runs into a past one-night-stand, it suddenly has its perks. For Maureen Burke, avoiding the hunky athlete and all their chemistry while at sea is the key to keeping her job. Fans of forced proximity romances will love THIS PUCKING SHIP by A.M. Williams, a sexy sports romance. 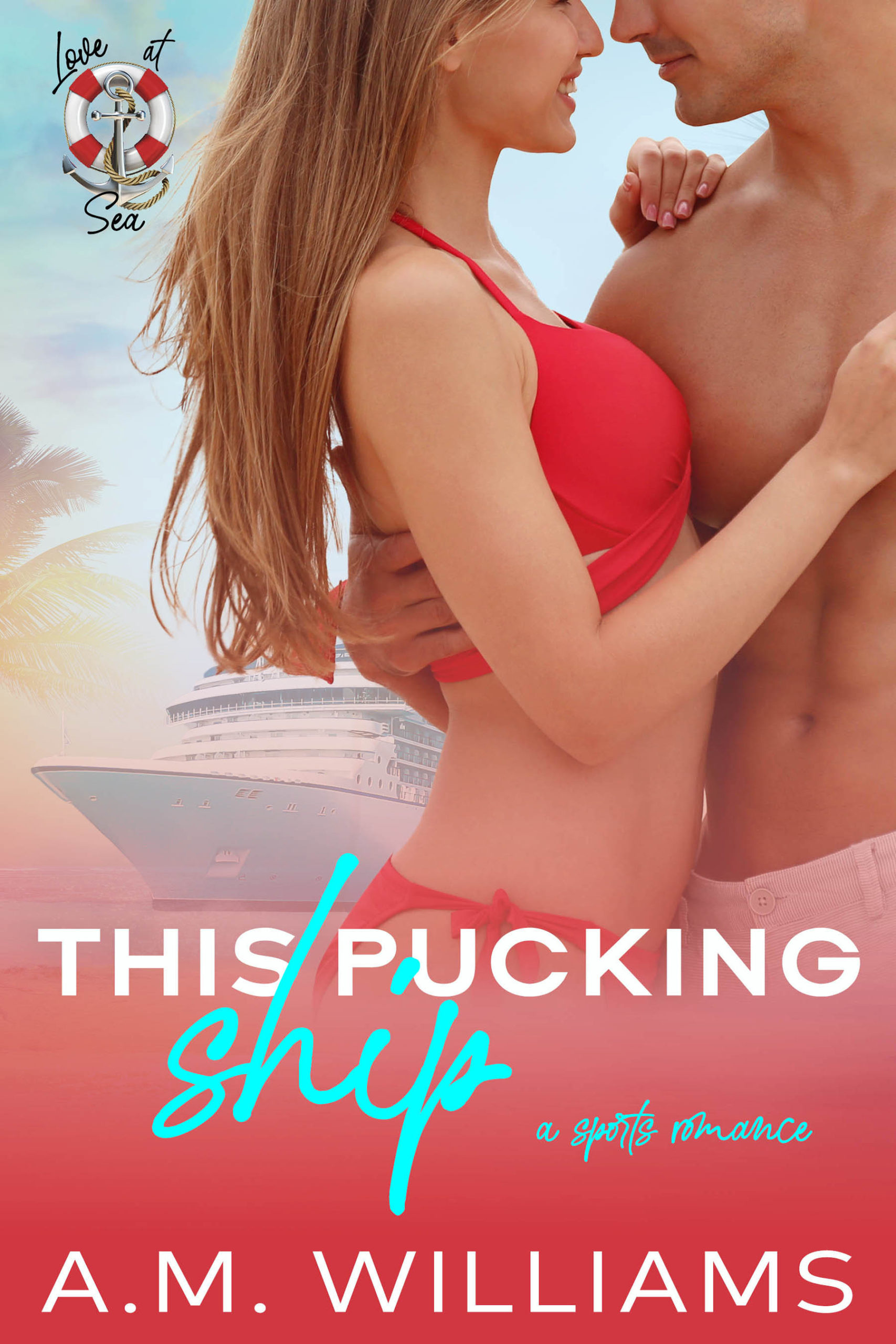 What started as a one-night stand has become an entire week stuck at sea. Can these two unlikely lovers figure things out or will one of them jump off this pucking ship?

Taking a job working in the gym on a cruise ship seemed like a good plan, especially after being dumped and fired from my last job, thanks to my cheating ex.

What I wasn’t counting on was running into the hockey superstar I had a one-night stand with.

Now I’m stuck trying to avoid the chemistry between us despite his relentless pursuit before I find myself put out to sea.

I just need to survive this cruise with my head down and avoid the drama.

Being a guest on a lover’s cruise wasn’t my idea of a dream vacation.

But running into the woman I can’t get out of my head? Now, that’s a dream come true.

I swore I wasn’t interested in a relationship, but the sparks between us make it hard for me to resist. Except she’s more worried about protecting her job aboard the ship than me.

Maybe it’s for the best if we go our separate ways especially once we’re off this pucking ship.

But back on land a unique opportunity to help Maureen secure her dream job presents itself. I’ll stop at nothing to make it happen because as much as she needs this job, I need her and this position will give us both what we want.

This Pucking Ship is a sports romance with a slightly forbidden twist, part of the Love at Sea multi-author series. Get ready to set sail through the Caribbean on Festival Cruises’ most alluring voyage with eight of your favorite authors – happily ever after guaranteed! 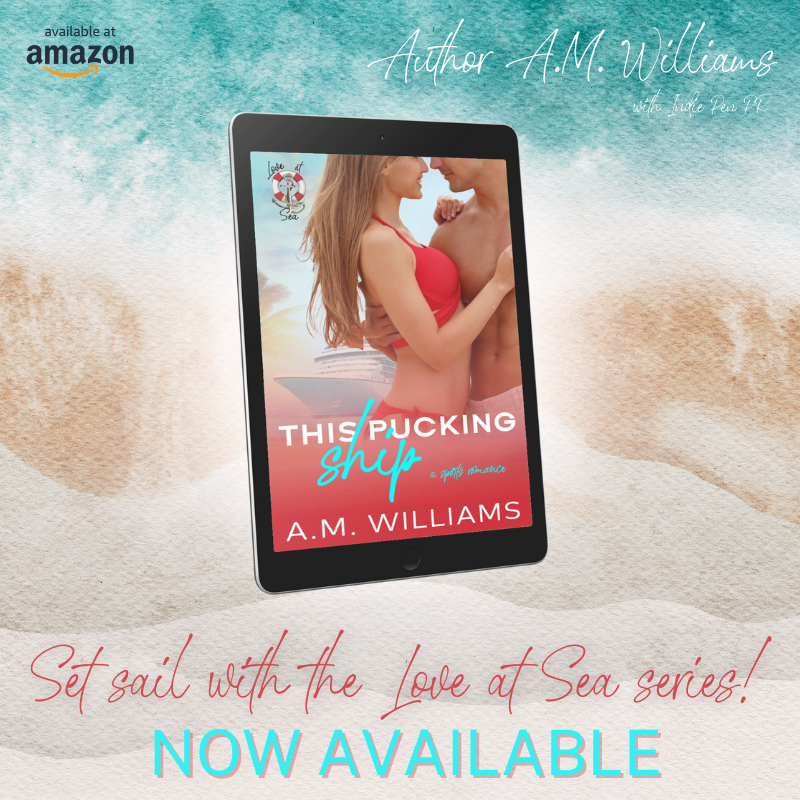 It was October in New Orleans, so it wasn’t exactly cool outside.

But it was better than the oppressiveness of the inside.

I glanced up and down the street, noting more people were out now.

As I looked around, I noticed a small patio area I hadn’t seen before when we arrived, too busy sticking close to Heidi to notice anything about the place she’d taken me to.

A quick glance confirmed it was a part of the bar I was at and that it wasn’t packed.

There were empty tables scattered throughout the space. With the realization I could sit down, my feet started throbbing.

I practically sprinted to an open table along the wooden fence, sinking down and sighing as the pressure was taken off my poor feet.

That’s what I got for letting Heidi talk me into wearing one of her cute pairs of boots instead of the sandals I wanted to wear.

I sighed in relief as I sipped my quickly warming beer, watching the knots of people outside.

There were several groups clustered at tables and on the other side of the patio was an outdoor bar.

I briefly wondered why everyone hadn’t come outside instead of staying in, but realized that inside was where the real party was. It seemed like outside was where people came to hang out.

I was fine with the hanging out over the partying. I felt too old to be inside in the thick of things.

Come to think of it, the last time I’d partied hard had been my last year of grad school. Heidi had taken me out then, forcing me to drink shot after shot after graduating.

I suddenly remembered why I didn’t party hard and grimaced with my next sip of beer.

I shuddered at the memories and was glad I was sticking to beer and not drinking hard liquor.

“You look too serious to be sitting here alone,” a husky male voice said to my right.

I sipped my beer as I looked toward who was speaking and promptly choked on it when I got a look at the guy standing there. Tall, dark, and handsome barely scratched the surface of how good he looked.

I coughed as I put my glass down, sputtering and trying not to spit beer on him.

He smirked as he sat down across from me, a beer in his hand. “I can say I’ve had a lot of reactions over the years, but not sure I’ve ever had someone choke when they saw me.”

I wheezed as I tried to catch my breath, a knot settling in my throat as I tried not to hyperventilate.

After a few moments, I was breathing easier and looked back at the guy.

It was Dylan Harding. I recognized him immediately, which is why I choked.

He was starting forward for North Carolina’s hockey team. While hockey in North Carolina might not be as popular as you’d think, I took notice when there was a hottie on the team.

And Dylan Harding was the hottest of the hotties. When he’d first started playing, I was just starting my career as a physical therapist and hoped to work with professional athletes at some point.

He was only a few years older than me and dead sexy. Light blonde hair, dark brown eyes, and a physique that would make most grown men and women cry. I didn’t know anyone that was in better physical shape than he was.

So while I watched little hockey or really understood it, I understood a sexy man.

“Sorry,” I finally said, after realizing I was staring at him. I thought fast and quipped, “I wasn’t sure if I was really seeing a demon or not. You took me by surprise.”

Dylan grinned and laughed, shaking his head as he sipped his beer. “Quick on your feet. I like it.”

I shrugged and sipped my beer much more carefully this time.

He got a funny look on his face at my question, but shook his head as well. “Nah, just visiting.”

Silence stretched between us, but it wasn’t uncomfortable.

I looked around us as I took another gulp of my drink, trying to grasp onto something to talk about with my celebrity crush, but was drawing a blank.

“I’ve seen some of your games,” I finally blurted.

He stared at me for a few beats. “You recognize me?”

He sounded baffled by this thought, and I narrowed my eyes. “Yes, I recognize you. I’m from North Carolina.”

His eyes widened briefly, then his expression cleared. “Sorry, I meant nothing by it. You just said nothing when I sat down, so I assumed you didn’t know who I was.”

I pursed my lips as I considered what to say.

“I wasn’t going to admit to knowing you,” I finally said. “But couldn’t think of anything else to say, so I panicked.”

He nodded slowly, studying me, his gaze raking over me. 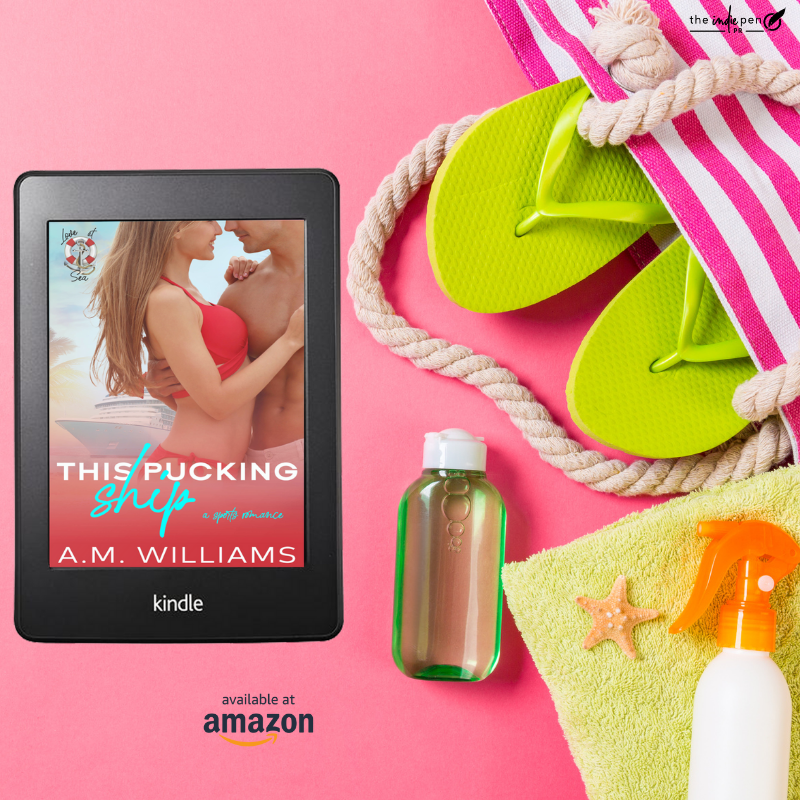 ⚓️Review⚓️
When Maureen found out that she didn’t really know the man she was dating at all she not only lost her boyfriend but her job as well. Needing to escape and regroup she finds herself working on a cruise ship where one of the travelers turns out to be the man she spent a steamy evening with.

Dylan is a hockey player who is embarking on a get away with his teammates when he finds out that one of the women working on the cruise is the same woman he spent one night with. He soon realizes that one night is not enough, but will he be able to convince her to take a chance on love with him?

Dylan is determined in his pursuit of Maureen and isn’t about to let her job or her doubts comes between them. 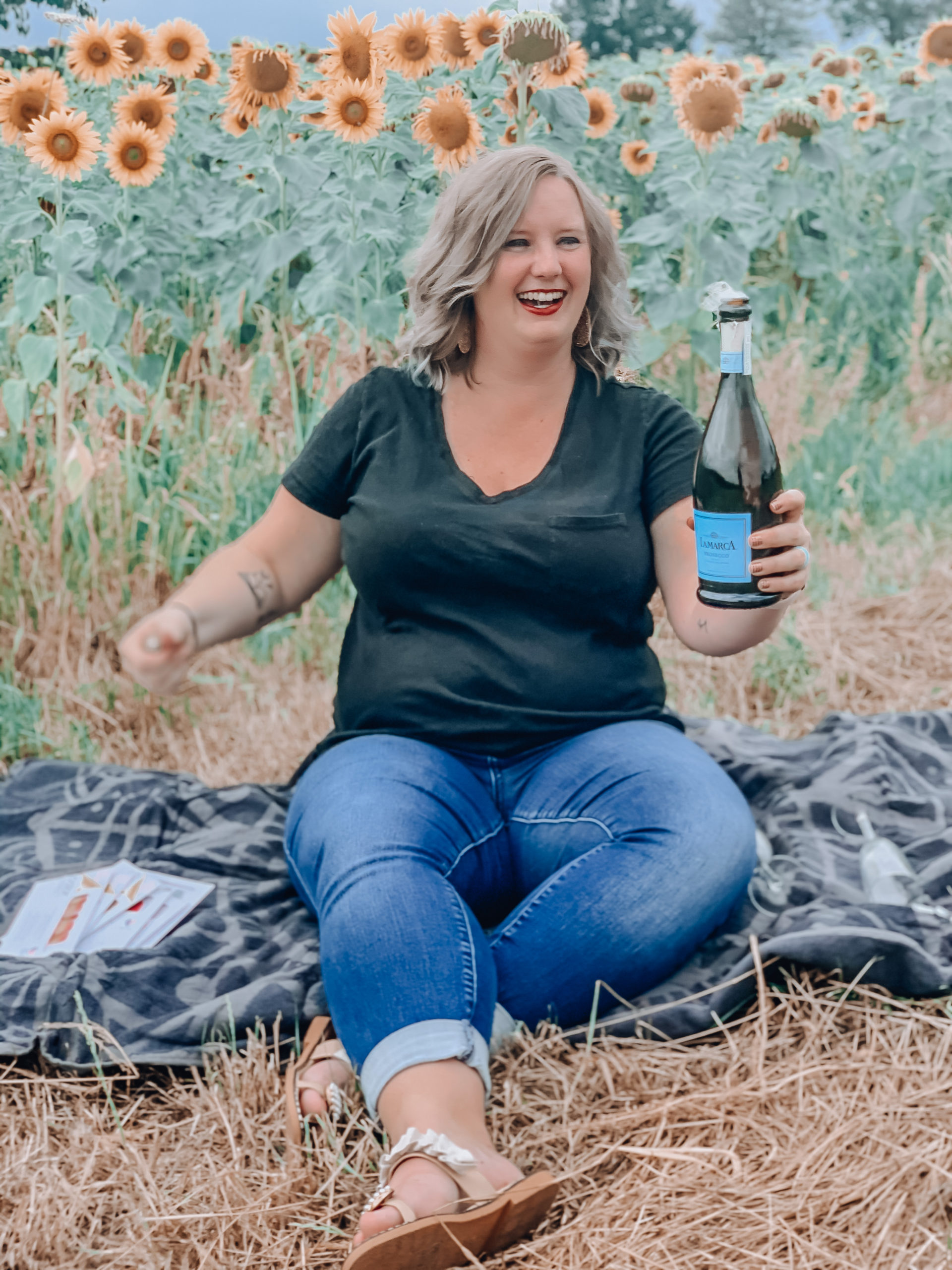 A.M. Williams is just a simple girl from the south that found herself living in Germany for six years, and now in Florida. When she’s not annoying her cat or reading, she’s spending time with her husband and planning trips to the beach, which is now only an hour away. She’s a total beach bum and would spend every day there if she could. She loves Cheerwine, sweet tea, and North Carolina (eastern style) BBQ as well as crisp, German white wine at any time of day.