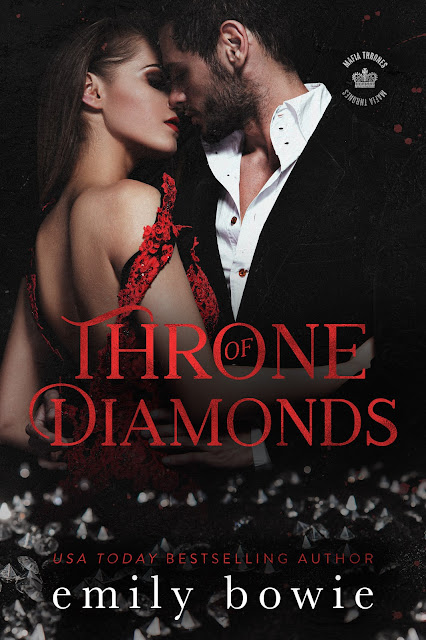 Title: Throne of Diamonds
Author: Emily Bowie
Genre: Dark Mafia Romance
Release Date: January 11, 2023
BLURB
Eight years ago, I took the fall for a murder I didn’t commit.
My payment is the Pakhan daughter’s hand in marriage.
This union will be key to an alliance between our mafia families.
Charlotte is the beacon of light I crave. My darkness is less suffocating when she’s around. On the outside, she appears unscathed from our mafia world, even though she was born in blood and raised in violence. She is the image of a classic Bratva princess. She is untainted perfection.
I stole her innocence before we could say I do. Any chance of peace is ruined. But it’s Charlotte’s secrets that will be the downfall of her family. And my revenge will be when I marry her anyway and steal everything to raise to the top.
Growing up, I was the forgotten one.
But soon I will be the one with power.
ADD TO GOODREADS 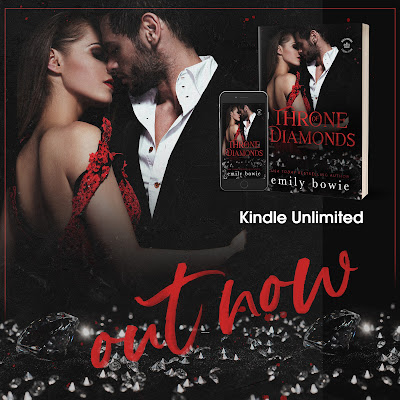 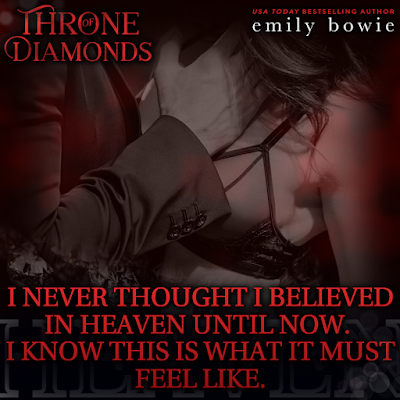 ❤️Review❤️
Even though Savio is Italian he is a member of the Bratva. He is owed a debt for the time he served in prison and now that he is released he is set to marry Charlotte, the daughter of a powerful man within the Bratva. He has a plan when it comes to his marriage and the future but Charlotte was a surprise he didn’t see coming.

Charlotte is used to being underestimated however she is determined to claim her rightful place within the organization. She doesn’t want to beholden to any man and doesn’t want to marry a man she doesn’t know if she can trust but Savio will have her second guessing the plans she has made.

Both Savio and Charlotte had plans for the future and it didn’t included an arranged marriage to each other. They take us on a suspenseful and surprising journey as they realize that despite how they started they are each other’s perfect match.

AUTHOR BIO
Emily Bowie is from a small town in Western Canada. She has been making characters come to life through her writing since she was old enough to put her thoughts on paper. She loves her white wine cold, her heels red, and her books spicy.
She married her high school sweetheart and they have two amazing children.
She is the author to the Bennett Brothers Series.
Recklessly Mine, Recklessly Forbidden, & Recklessly Devoted.
When she is not writing she can be found reading a good book, making digital scrapbooks and being physically active—whether it is at the gym, going for a walk, or playing /keep up with her children.
AUTHOR LINKS
WEBSITE
FACEBOOK
FACEBOOK GROUP
TWITTER
INSTAGRAM
GOODREADS
AMAZON
NEWSLETTER
BOOKBUB 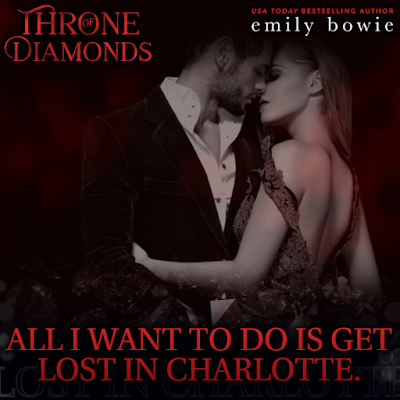