Sebastian Shark is on the verge of realizing his dream. The Edge—the most luxurious Los Angeles skyscraper ever conceived—will be his legacy, an icon to dominate LA’s skyline just as Shark dominates its boardrooms.

Self-made businesswoman Abbigail Gibson is on a trajectory toward massive success, but to get there, she must navigate the egos of her demanding clients—particularly the driven and obstinate Shark, who possesses the special talent of aggravating and arousing her within the same breath.

They are a collision of chemistry, but is their potent attraction toward each other worth losing sight of their ultimate goals? Taking a bite of passion has never carried more risk—or promised sweeter reward.

Fate has other ideas, however, as Sebastian is targeted by unknown enemies and Abbi is caught in the fray. Will the danger draw them closer or drive them apart?

Sebastian is a powerful and wealthy man who has worked his way to the top of his profession on his own.   No one can achieve the kind of success that he has without creating a few enemies along the way but due to the way he runs his personal and professional lives he has so far proved himself to be untouchable but Abigail may just prove herself to be a gamechanger.

Abbi has created quite a niche for herself in the catering business and couldn’t be more different from Sebastian as she is just as innocent as he is sophisticated.    They have an ongoing business relationship as she delivers lunch to his company and doesn’t believe that he would ever be interested in someone like him but it doesn’t hurt to look and dream.

Sebastian finds himself intrigued by Abbi but allowing her close could cause her to become collateral damage when his enemies wage a war but keeping his distance may be the one challenge he will never win.

I really enjoyed these two characters as Abbi is feisty and fiery and a perfect match for the strong protector that Sebastian is.    So many twists, so much heat and so much emotion leaves you wondering what the future holds for this couple. 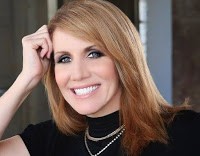 USA Today bestselling romance author Angel Payne has written for four publishing houses, and is also independently published. She loves to focus on high heat romance starring memorable alpha men and the women who love them.
She has numerous book series to her credit, including the Suited for Sin series, the Cimarron Saga, the Temptation Court series, the Secrets of Stone series (with Victoria Blue), the Lords of Sin historicals, and the rebranded Honor Bound series, as well as several stand-alone titles.
Currently, she is serving as the Vice President of Romance Writers of America’s Passionate Ink Chapter.
She lives in Southern California with her soul-mate husband and beautiful daughter.
https://www.facebook.com/authorangelpayne/
https://twitter.com/AngelPayneWrtr
https://www.instagram.com/angelpaynewriter/
http://angelpayne.com/ 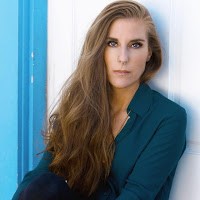 Victoria Blue lives in her own portion of the galaxy known as Southern California. There she finds the love and life sustaining power of one amazing sun, two unique and awe inspiring planets and three indifferent, yet comforting moons.
Life is fantastic and challenging and everyday brings new adventures to be discovered. She looks forward to seeing what’s next!
https://www.facebook.com/victoriablueauthor/
https://www.instagram.com/missvictoriablu/
https://twitter.com/MissVictoriaBlu