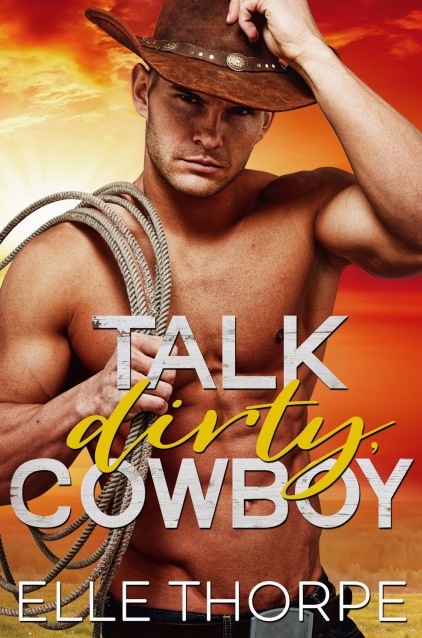 Blurb
Eight seconds to glory. One second to lose it all.
Bowen Barclay lived to ride bulls – until his single-minded
focus cost his wife her life. Four years on, raising his son alone is the only
thing he’s getting right. His rodeo career is going down in flames and instead
of dating, he’s playing his kid’s video games.
Paisley Ackerly loves to sing. Loudly and offkey, but in the
privacy of her rundown home, it’s only her children she’s torturing. Until her
ten-year-old leaves his gaming console on, with a handsome cowboy still on the
webcam, listening to every word.
Being accused of internet creepery isn’t the best way to
meet a woman, but when an instant spark ignites between the two, it isn’t long
before online chat spills over into real life dirty talk.
But while Paisley might love Bowen’s filthy mouth, when the
pressures of his public career and her secret past explode, words won’t be
enough to save them.
This single-parent romance brings the steam against a
backdrop of professional bull riding, rodeo, and small-town cowboys.
Start the hot new “Dirty Cowboy” series today!
ADD TO GOODREADS 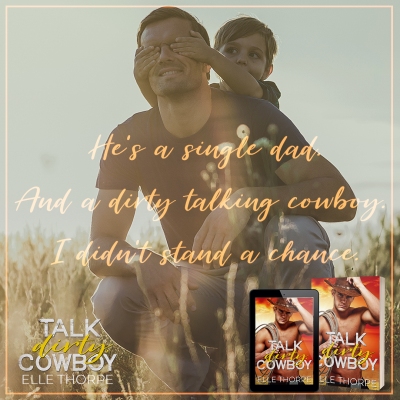 Excerpt
I walked over to the window and flicked open the blind. Only
Deacon, Sunny and Kai were left around the fire. “I think the other couples all
have the same idea.”
Paisley scrunched her eyes tight and slapped her hands over
her ears. “Oh god, our parents too?”
“They were probably the first to sneak off. They’re probably
getting their groove on to Barry Manilow right now.” I wriggled my eyebrows at
her.
She burst into laughter. “I can’t even with all of that.”
I pulled her into my arms and brushed my lips over hers. “Me
neither. Now can we stop talking about my dad boning your mother?”
“Oh my god. I’m dying.”
“Get over here and kiss me, Paisley. Or I’ll keep saying it.”
She was on my lips in seconds. Just the way I liked
it. 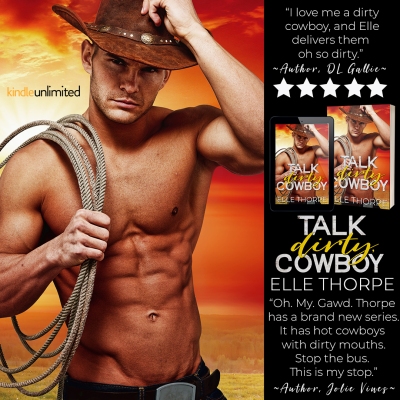 Author Bio
Elle Thorpe lives on the sunny east coast of Australia,
about an hour out of Sydney. When she’s not writing stories full of
kissing and chemistry, she’s a wife, and Mummy to three tiny humans. She’s
also official ball thrower to one slobbery dog named Rollo. Yes, she named a
female dog after a male character on Vikings. Don’t judge her. Elle is a
complete and utter fangirl at heart, obsessing over The Walking Dead and
Outlander to an unhealthy degree. But she wouldn’t change a thing.
Author Links
FACEBOOK

Although its been years Bowen is still living with the guilt and remorse he feels about the death of his wife. His entire life is focused on his career as a bull rider and his son and doesn’t make the time or have energy for anything else until Paisley comes into his life under the most unlikely of circumstances.

Paisley has her hands full as she is a single mother to her two children, a student and struggles financially as her income is the only income in the home. She didn’t expect that a little downtime would be witnessed by a third party or the connection and chemistry they would feel for each other.

There is no denying the heat between them, but Bowen and Paisley must deal with both the past and the present if they have any chance at a future together.