I fell in love with him when I was seven. I scraped my knee, and he helped carry me inside.
Our love story was the talk of the town until a woman told everyone she was pregnant with his baby. The only rational solution was to high tail it out of town and never come back.
My best friend needed a place to hide, and you can’t get much more covert than my family farm, so I came back. For her. It was supposed to be temporary, and I wasn’t supposed to see him, but that’s what happens when you live in a small town where everyone knows each other.
Jacob
Being the sheriff in a small town was never my dream. My father died and my older brother took off, so I had to be the one to look after my mother. I stayed. I fulfilled my duties as a son and I protected my hometown.
My life wasn’t perfect, but I was content. Until I locked eyes with a ghost from my past, Kallie. I thought it was my imagination, it couldn’t be. I loved her most of my life, but now I hated her.
The town gossip mill was going into overdrive. I kept my head down and my mind off of the woman who shattered my heart when she ran away. She didn’t give me a chance to explain, it didn’t matter to her then. I didn’t matter.
A second chance is never promised, but now that mine is right under my nose, I’m not sure I can take it.
Grab Your Copy Here:
Amazon | Apple | Nook | Kobo 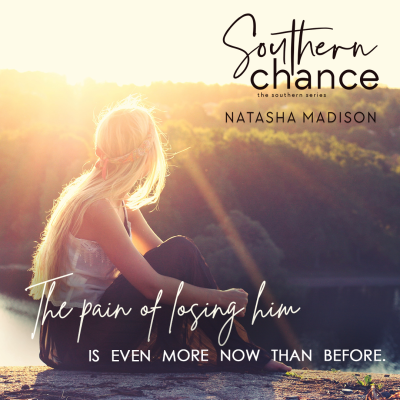 For as long as anyone can remember it has always been Jacob and Kallie and it was rare to see one without the other. They fell in love and are planning their future together until they both believed they were betrayed by the other and Kallie couldn’t leave town fast enough which left both of them devastated.

Eight years later Kallie’s desire to help her friend leads her back to her hometown where all the pain and hurt of the past returns stronger than ever. Will this be their second chance to right the wrongs of the past or are they destined to have their hearts broken for a second time?

The distance between them was not because they didn’t love each other but rather because they did and were not prepared when it was challenged. This is an emotional story about two people who have always belonged together, and both made mistakes in the past. 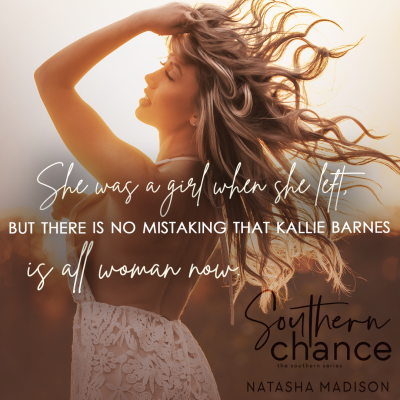 Meet Natasha Madison
When her nose isn’t buried in a book, or her fingers flying across a keyboard writing, she’s in the kitchen creating gourmet meals. You can find her, in four inch heels no less, in the car chauffeuring kids, or possibly with her husband scheduling his business trips. It’s a good thing her characters do what she says, because even her Labrador doesn’t listen to her…
Connect with Natasha Madison
Website | Facebook |  Twitter | Instagram | Facebook Reader Group | Amazon Author Page    BookBub | Subscribe to Newsletter
Hosted By: