First rule? Don’t sleep with your best friend’s little sister.
Second? Don’t sleep with your teammate’s sister.
Danica
He’s my big brother’s teammate and everything I am not.
He’s a rich, arrogant, entitled snob.
He lives in an Italian villa, for God’s sake. I live in a hole in Prague.
People think he’s hilarious, charming–the smooth-talking, panty-dropping F1 race car driver. Always with a joke; a mischievous, sexy smirk.
But nothing about my life is funny, and I’m not here for the reasons my brother thinks I am.
Dante
If one were paying attention—and I am—this girl screams trouble.
Forbidden, off-limits, a terrible idea. She’s all of it, and I don’t do complications.
My life was neat and tidy.
Until she stole my wallet.
Then the blue-eyed siren took everything else–my best friend, my career, things I didn’t know I could lose.
‘Just do me this favor,’ he said. ‘Help my sister out,’ he said. ‘You’re my best friend,’ he said.
I tried to stay away, but you know what they say about good intentions… 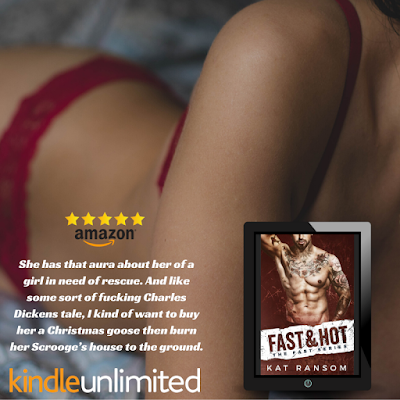 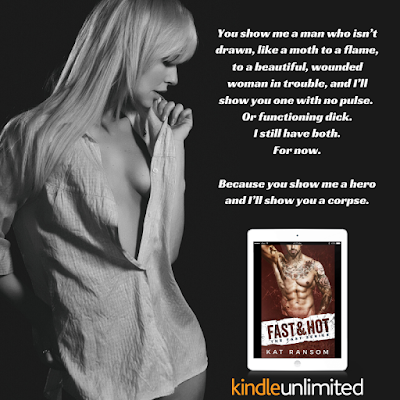 Kat Ransom writes steamy romances filled with strong, sassy men and women who bring them to their knees. She lives in Cowboy Country in the Southern US with her husband and two janky rescue cats. When she isn’t writing, she’s exploring isolated corners of the world or curled up with a wool blanket and a stiff whiskey trying to warm up her perpetually cold toes.

After the death of her mother Danica found herself living on the streets where she came under the influence of the wrong man. She has recently found out that she has a brother and when she reunites with Cole she had her own agenda but developing feelings for him wasn’t part of her plan.

Dante is not only Cole’s teammate but his best friend as well. When Cole asks him to give Danica a job he can’t say no however Cole has made it clear to Dante that their had better not be anything other than professional.

As they spend time together Danica realizes that there is much more to Dante than his privileged and confident demeanor while Dante begins to see the real woman and not what she appears to be by the hand that life has dealt her. Being together is a recipe for disaster but will they be able to resist?

Great characters, witty banter and a emotional storyline will keep you captivated until the last page.