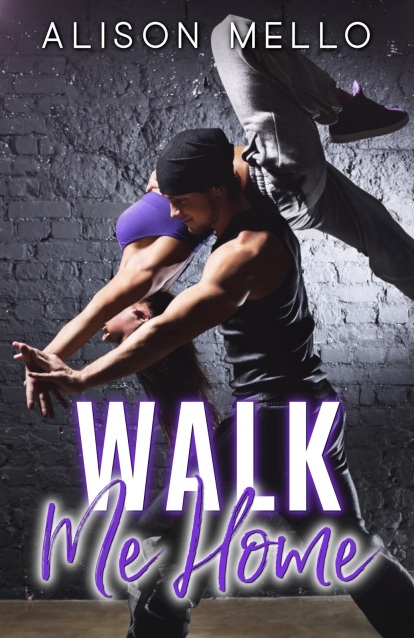 Title: Walk Me Home
Author: Alison Mello
Genre: Friends-to-Lovers Dance Romance
Release Date: August 13, 2020
Blurb
Can Jade overcome the hurt from her past for the one man she
now sees as more than a friend, the man who makes her pulse race?
Bentley
They may be friends, but she has no idea that he’s been
mesmerized by her over the last few years. The way she moves on the dance
floor… her grace… her beauty. He’s wanted nothing more than to make her his,
but there’s one problem. She’s with a man who has very little respect for her,
and she’s blind to it.
Jade
Her ex broke her heart into a million pieces, leaving her
shattered and wondering if she could ever retake the stage. Now, it’s time to
go back, but she’ll never dance with a partner again. That is until she’s told
she’ll be dancing her friend Bentley. Despite her wishes, she’s pushed into
another partner routine. Her instructor told her it’s for her own good, but she
doesn’t believe it.
Bentley and Jade are magic together on the dance floor, and
she knows it. Their magic leads to a connection she never thought possible.
She’s only just left the man, she thought she’d love forever. Can she move on?
Can she admit the feelings she has for Bentley? Will they finish this dance?
Download this romance to experience a story of friendship,
healing, and passion!
ADD TO GOODREADS 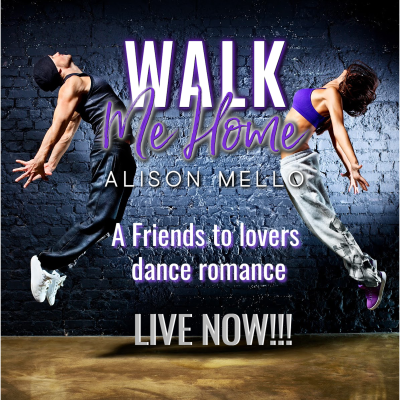 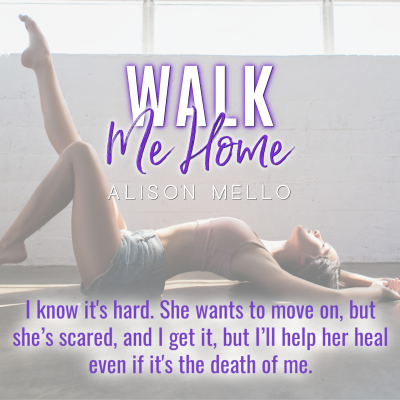 Excerpt
“What were you
and the guys talking about?”
Ah, so she was
watching me. I wonder what is going through that pretty little head of hers.
“Nothing much. Aaron was thanking us for offering to work with him and Julie.
He’s nervous. If we can’t help them loosen up, he’ll lose his seat on the
team.”
“He’ll be fine.”
She brushes it off.
“I agree, and
that’s what I told him.” We continue to move to the music, but our movements
are a bit off as we get lost in our conversation.
“What were you
girls talking about?” I stare into her eyes, hoping to get a glimpse of that
interest Aaron was referring to.
She laughs.
“You.” She pokes me in the chest.
“Me?” That
surprised me but thrills me at the same time.
She nods. “You.”
She spins around.
“Dare I ask what
about?”
She stops dancing
and fans her face. “I’m hot, wanna get a drink?” I guess I’m not going to hear
what she was talking about.
“Sure.” We walk
back toward the house together to grab something to drink. Destiny stocks the
coolers with tons of liquor options. She has mini bottles of wine, wine
coolers, beer, hard tea, and so on. We’ve all tried to kick in for the parties,
but she never allows us too. She hasn’t come out and said it but has hinted
that her parents left her very well off.
“I’ll grab us
drinks. You grab us some seats.” She offers.
I walk over to a
quieter area and grab us two empty chairs. I’m really hoping to get her to open
up. Jade and I have known each other a while, but Jade is not one to talk
freely with anyone anymore.
“Here.” She hands
me a beer. “You know, if you keep drinking beer, your six-pack abs are going to
disappear,” she says with amusement.
I laugh. “You’ve
noticed my abs?”
She rolls her
eyes and takes the seat next to me. “Bentley, let’s be real, I’m not dead. I
still see men.” She takes a sip of her drink.
“It’s the part
about you seeing me that I’m interested in.” I take a pull from my beer. I work
out hard for my abs. Between dance and my community gym, there’s no way I’m
losing my abs to a couple of beers.
She leans back in
her lounge chair, crossing her long, lean legs at her ankles as she sips on her
spiked seltzer. I never realized how much I noticed her until she became
single, and I made it my mission to make her mine.
“Bentley, I want
to move on, but when you’ve been hurt the way I have, it’s hard to trust.” She
glances over at me.
I inch our chairs
a bit closer to keep our conversation private. Leaning forward, I rest my
elbows on my knees. “I’m sure it is, but what if I told you I was willing to
earn that trust?”
She sighs. “I’d
say, I need to think about it.” She glances over at me. “I swore off dancers
five months ago and now…”
“Jade,” I say her
name, stopping her from going further. “It’s not dancers you have to watch for,
some men just suck. They are pussies and can’t admit when things aren’t working
out for them.”
She nods,
watching the waves crash upon the shore. “It’s all over the studio that we’re
going to end up a couple because of the connection we have when we dance.”
There’s uncertainty in her voice.
“Do you deny the
connection?” I’m not sure she can. It’s obvious.
She grins. “No,
there’s no denying that.” She sits up and turns in her chair, our legs
intertwined, and she looks me in the eye. “The problem is dancing is my escape.
I leave everything out on that dance floor, my heart, and soul.” She shakes her
head. “I’m not sure I can handle being hurt by another dance partner.” 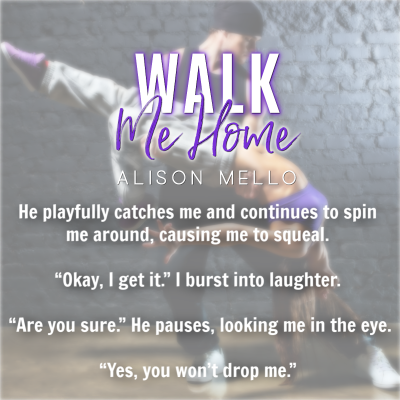 Alison is a full-time author. She was born and raised in Massachusetts
where she met her husband while serving in the Massachusetts Army National
Guard. Now that he has retired from the military, they’re living in sunny
Florida with their son.
Alison has a love for reading, writing and
Taekwondo. After a few years of taking class, her son asked her to join with
him and so she did. They take class and compete in tournaments together. This
is the only place he out ranks her.
Though Alison has written many stories, she is
most known for her Club Thrive series, Shattered Souls and A Coach’s Love. She
has a love for writing strong females and close friends. She’s also known for
intertwining her characters throughout a series.
Author Links
WEBSITE/NEWSLETTER 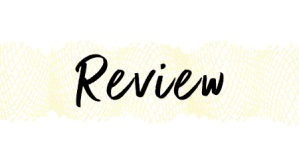 Being deceived by her ex has left Jade reeling not only personally but professionally as well as not only were they in a relationship but they were dance partners as well. She is determined to face her future solo both when it comes to relationships and her career.

Bentley is not only a fellow dancer but her friend as well. His feelings and attraction for her run much deeper and now he just needs to convince her that she can trust him with her heart.

Bentley is the perfect combination of sweet and sexy and Jade’s strength and resilience shines through as she realizes that sometimes there is a bigger plan.