Sydney Walker’s new job is perfect. As the live-in nanny to the most famous quarterback in the NFL and his beautiful wife, she couldn’t have it any better. Their kids are adorable. Her bosses are more than generous. Plus, there are hot football players at the house all the time. Life can’t get much better than this.

Until her life turns into an absolute nightmare. The media is abuzz with rumors that she and her boss, Drew Callahan, are having a torrid affair. Everyone knows the truth – except the public. So Drew’s wife, Fable, comes up with the perfect idea.

She creates a fake relationship between Sydney and one of the rookie players on Drew’s team. Wade Knox is forever indebted to Drew and Fable and readily agrees to the set up. Pretending to be in a romantic relationship with the hot nanny for a week – how hard can it be?

Crazy how it takes only one week for two people to fall head over heels in love.

Download your copy today or read free in Kindle Unlimited! 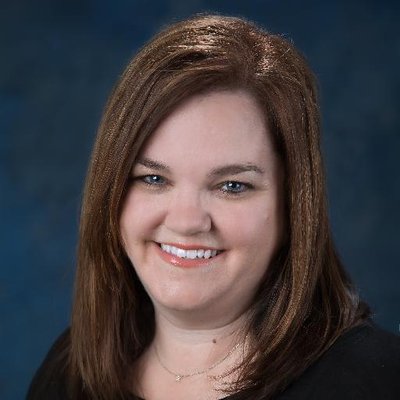 Meet Monica:
Monica Murphy is the New York Times, USA Today and #1 international bestselling author of the One Week Girlfriend series, the Billionaire Bachelors and The Rules series. Her books have been translated in almost a dozen languages and has sold over one million copies worldwide. She is both self-published and published by Random House/Bantam and HarperCollins/Avon. She writes new adult, young adult, and contemporary romance.

She is a wife and a mother of three who lives in central California on fourteen acres in the middle of nowhere along with their one dog and too many cats. A self-confessed workaholic, when she’s not writing, she’s reading or hanging out with her husband and kids. She’s a firm believer in happy endings, though she will admit to putting her characters through angst-filled moments before they finally get that hard won HEA.

Sydney was raised in an affluent lifestyle but rather than appreciating it she took it for granted until it wasn’t there anymore. With the help of her brother she is now working as a nanny for Drew and Fable and she can’t afford to jeopardize her position as not only does she need the money but her employers have become her friends as well.

Wade plays on the same team as Drew and he appreciates his friendship and the way he has helped his transition to playing professionally as this is his first year. When Drew and Fable ask him to pretend to be in a relationship with Sydney for one week to avoid media scrutiny he is more than willing to help but neither he nor Sydney expected it to feel so real.

Both Sydney and Wade were attracted to each other before their pretend relationship started but I enjoyed seeing their relationship evolve and see them support each other through the obstacles that life throws at you. I listened to an audio copy of the book and thought the narrators did a great job with all the characters.