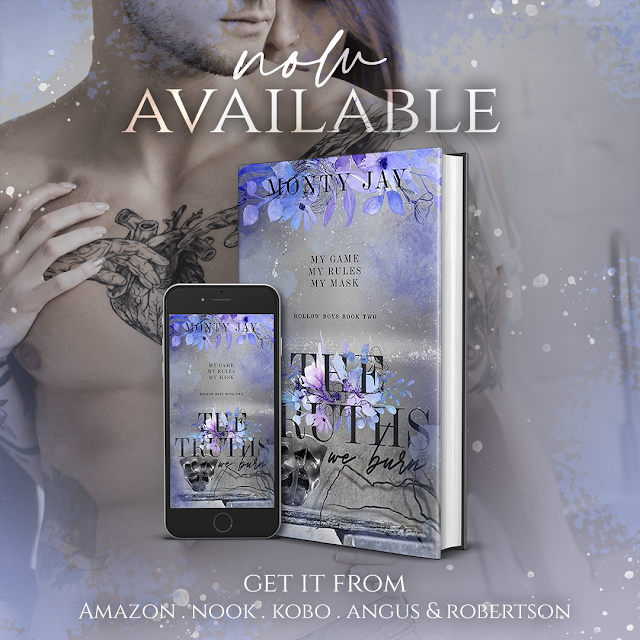 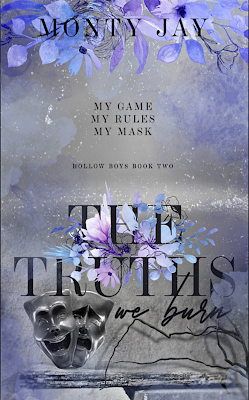 Beneath the deepest parts of Ponderosa Springs lied secrets that we never meant to be uncovered.

Blood has soaked the hands of those we trusted most. Decrepit intentions finally come to light.

And now truths are ready to be incinerated in the open for everyone to witness.

I was ready to watch this town that made me the villain, Rot in front of my eyes, but it seems ghosts don’t stay buried here either.

Everyone’s favorite sweetheart has returned to Hollow Heights dragging nothing but unanswered questions and grim memories behind her.

A distraction I can’t afford with the police sniffing around.

A mistake that torched my last piece of humanity.

The dirty little secret that has returned searching for closure surrounding her sister’s mysterious death.

But I know the innocent, lost girl is an act. Underneath it’s just another part of her show.

They all are eating from the palm of her hand, puppets on her string.

I see her for what she truly is, I always have.

A fake. A manipulator. A liar.

I won’t let her ruin all we have worked for. I refuse to let her derail our plan of vengeance.

I’ve played your game once before, Sage, now it’s time to play mine.

And you’re not making it out without getting burned. 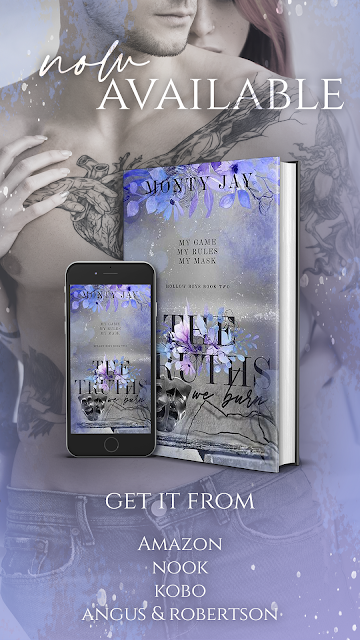 💜Review💜
Sage appears to be living the perfect life as she is not only popular but powerful at school, has the boyfriend she should, doesn’t rebel against her parents and presents the image she should however the truth is much different. She will do whatever is necessary to protect her secrets even if it sends her on a collision course with Rook.
Rook and his friends are the boys your parents warned you about and he doesn’t care what anyone thinks as he lives by his own set of rules. He doesn’t allow many people close but for those he does his loyalty and love is unwavering, but he is about to find out secrets can be devastating and the consequences dire.
Sage and Rook are kindred spirits who have both been through so much in their painful pasts which has shaped them into the people they have become. The chemistry between them is off the charts and the emotions intense as the secrets and surprises keep unfolding into a story you won’t be able to put down.
Meet Monty Jay

Monty Jay likes to describe herself as a punk rock kid, with the soul of a gypsy who has a Red Bull addiction.
She writes romance novels about insane artists, feisty females, hockey players, and many more.
When she isn’t writing she can be found reading anything Stephen King, getting a tattoo, or eating cold pizza.
Sign up for her newsletter, so you never miss news about a release: https://bit.ly/3314X39
Connect with Monty Jay
Facebook | Instagram | Goodreads | Facebook Reader Group | Amazon Author Page    BookBub
Hosted By: