When a decade-old one-night stand converges with a current high-profile case, can the three of them work through their differences to stop her from being the serial killer’s next victim?

Running from a secret past and now a deranged killer, Remington Dotson and her nine-year-old son need protection to survive. Except the two men who want to keep her safe are the same ones who gave her a single night of pleasure and then disappeared. Heartbroken by them before, can Remington trust Tallon and Jameson with her life while protecting her heart and keeping the biggest secret of all—that Tallon’s the father?

Chasing a killer leads FBI Agent Tallon Harper straight to the woman who, despite all the time that’s passed, he’s never forgotten. Now she needs his protection but fights him at every turn, keeping secrets that he’s determined to uncover. Good thing he remembers exactly how to entice Remington to obey his commands.

After several attempts by the killer to take who he sees as his, Tallon struggles with his growing need for Remington and keeping her safe. Tight quarters, late nights, and smoldering memories of their time together become too much to stop the inevitable. But when secrets are revealed and trust is broken, can Tallon forgive Remington, or will that broken trust make them all susceptible to the serial killer’s lethal plans? 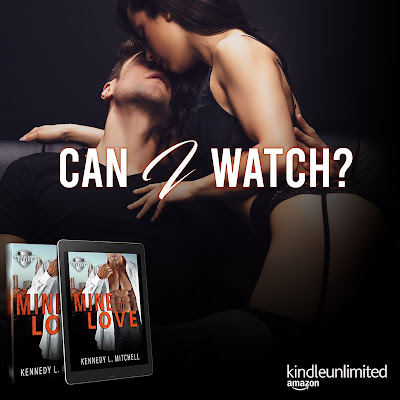 Remi has attracted the attention of the wrong man and managed to escape but she isn’t certain that the next time she will be so lucky. She is determined to protect herself and her son, but she didn’t expect to receive help in the form of Tallon, an FBI agent, and Jameson, a Detective, with whom she spent one steamy evening with that she hasn’t been able to forget.

One night was not enough for Tallon however shortly thereafter his life took a devastating turn, so he was in no position to try and find Remi. After finding out that she and her son are in danger, possibly from the same man who threatened his family in the past, there is nothing he won’t do to keep her safe.

The characters are captivating, the suspense keeps you on the edge, the chemistry is intense and the romance that was ten years in the making was well worth it.

Kennedy lives in Dallas with her husband, son, and 80lb Goldendoodle who still believes he’s a lap dog.
A bookworm at heart, Kennedy loves to snuggle up in bed or by the campfire with an unputdownable book.
She began writing two years ago with Falling for the Chance and has no plans of stopping. Her novels are witty, action-packed, and offer enough steam for a great facial.
If you like strong heroines and sexy, tattooed men who can’t keep their hands off them, then this author is the one for you.
Connect with Kennedy L. Mitchell
Website | Newsletter | Facebook | Instagram | Twitter | Amazon Author Page    Goodreads | BookBub
Hosted By: