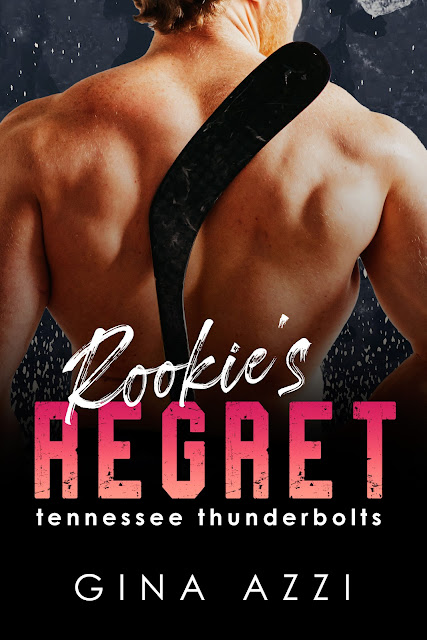 Title: Rookie’s Regret
Series: Tennessee Thunderbolts #3
Author: Gina Azzi
Genre: Contemporary Sports Romance
Release Date: September 8, 2022
BLURB
Lioness. That’s the first word that comes to mind when I see the brilliant redhead selling cupcakes at the hockey arena.
With the soul of an artist and the spirit of a nomad, Bea Turner is gorgeous, quirky, and refreshing.
She’s also my teammate’s little sister.
As the Tennessee Thunderbolts’ Rookie, I should steer clear. I’m here to play hockey and provide much-needed financial security for my family. To do that, I need to avoid distractions.
Bea doesn’t just distract me; she flips my world upside down. One bad joke has me pursuing her. One date and I crave more. Calling her mine? Well, now I’m dreaming of a future.
The life of a hockey player — trades, travel, uncertainty — isn’t for the heart of a creative. Bea desires adventure and possibility, not early morning skates and strict exercise regimens.
When I’m thrust into a situation at odds with Bea’s dream career, I know I can’t hold her back. If we’re meant to be, we’ll make it work. But what if we’re not?
What if my greatest regret is letting my lioness go?
ADD TO GOODREADS 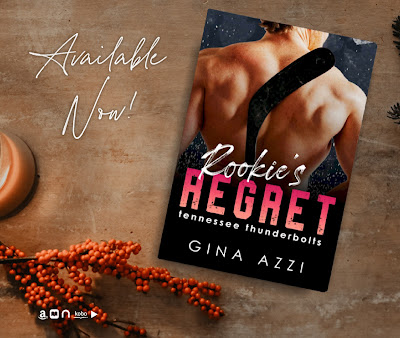 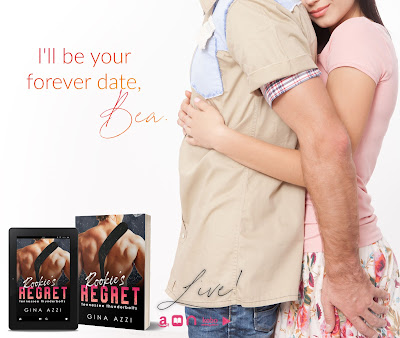 Bea deals with the emotional turmoil of her past by following the plans that others have for her as a way to show how much she cares. When she meets Cole, she senses a kindred soul even before she realizes how much they have in common between their similar pasts and her brother.

Cole is a hockey player who can’t afford to be distracted from his career as others depend on him. From the moment he meets Bea the sparks fly, and he isn’t about to let anything stand in their way and that includes Beau who is not only her brother but his teammate and friend.

Humor, heat and all the feels as despite the challenges that life throws at them Bea and Cole realize that they are much stronger together than apart. 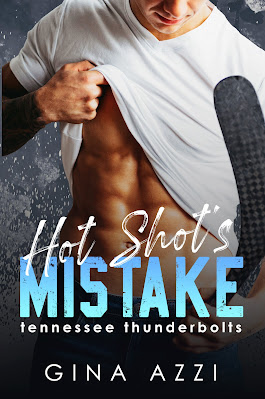 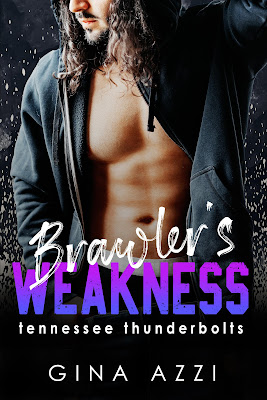 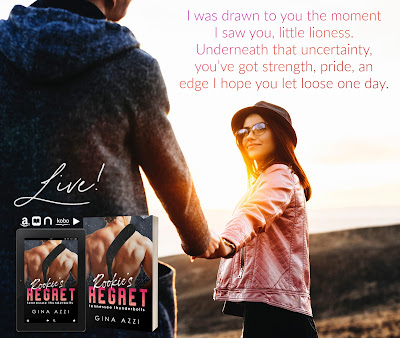 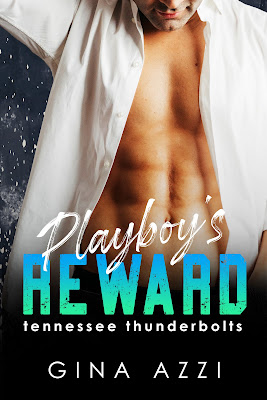 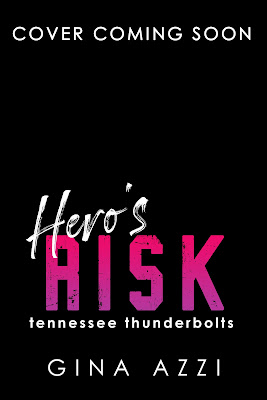 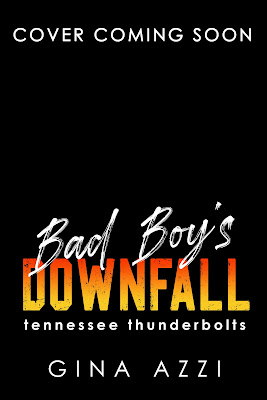 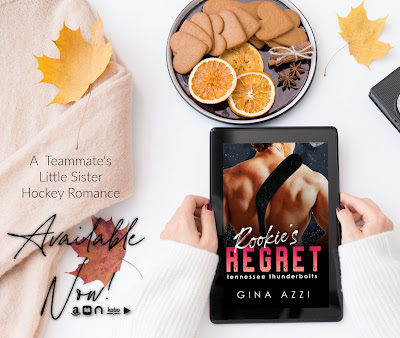