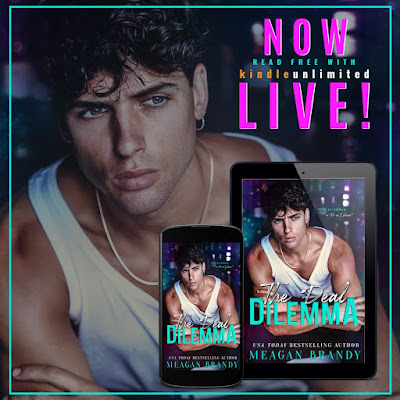 Crew Taylor is the picture of perfection, if gruff, grumpy, and prone to throw a punch is your type. Clearly, it’s mine or I wouldn’t be begging him to bite the bullet and claim my virginity as his own.

Sure, he’s a bit of a caveman, broody and bossy and oh so naughty, but that’s sort of the point.

He’s experienced, his heated hazel eyes promising sinful skills in seduction, and I want him to teach me all he knows.

He says he won’t allow me in his bed … but I wonder what it would take to get him to play in mine a bit? 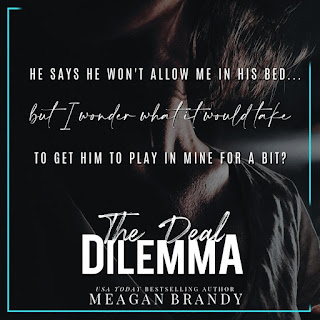 💚Review💚
Davis doesn’t remember a time that Crew hasn’t owned her heart and she isn’t about to let the fact that he was her brother’s best friend stand in her way. She is determined that Crew will be her first and is on a mission to convince him as well even it that means upping the ante so that it becomes a win-win for both of them.
Crew is loyal and lives by his own set of his rules so as appealing as Davis’s offer is it isn’t something he should even consider as it wouldn’t end well for anyone. The one thing he hadn’t factored in was her determination and now feelings he doesn’t want and can’t handle refuse to be denied despite all the obstacles.
Davis and Crew balance each other to perfection as she has a way of speaking first and thinking second while he hides what he is feeling and comes across as sarcastic and distant. The interactions between them are humorous and hot as they take us on an emotional and romantic ride that you won’t be able to put down. 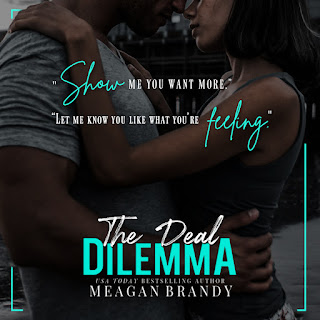 Born and raised in California, she is a married mother of three crazy boys who keep her bouncing from one sports field to another, depending on the season, and she wouldn’t have it any other way.
Starbucks is her best friend and words are her sanity.
To learn more about Meagan and her books, visit here!
Hosted By:

One thought on “The Deal Dilemma 💚 Now Live”