When there is Love at Sea, can a week-long cruise prove they deserve a shot at forever? Kacey Reid has had a thing for his sister’s best friend, Ashley Kenndy for as long as he remembers, but has fought his attraction for just as long. Being stuck together on the cruise will either give him the chance to finally prove that he’s not the unreliable man she always thought he was or it will it just ruin everything. Fans of Forbidden Romances will devour RUIN THE FRIENDSHIP by S.A. Clayton, a sexy, best friend’s sibling romance. 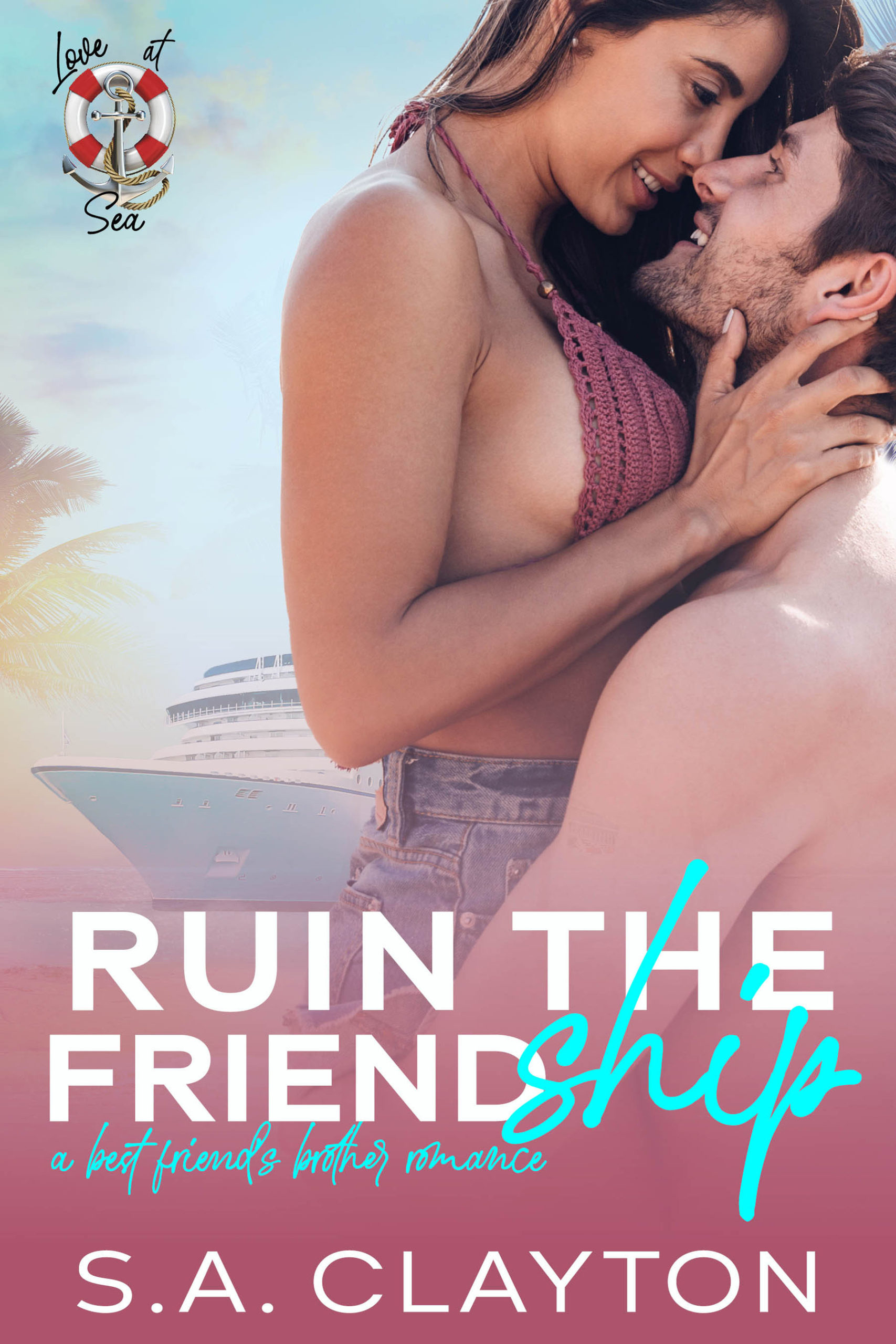 I’ve had a thing for my best friend’s brother, Kacey, for as long as I could remember.

I mean, what’s not to love?

He’s smart, sexy as hell, and everything I ever wanted in a man — except for the part where he’s totally unreliable.

Being stuck on a seven day cruise with my favorite friend-emy?

Well, that may be more than enough to drive me insane, in more ways than one.

Sure, she’s my sister’s very best friend but she’s the most amazing girl I’ve ever known.

But, not all that long ago she told me to move on. To forget her.

Except there is no forgetting Ashley and I’m going to spend the next seven days trying to prove that I’ve changed and we deserve a shot at this forever thing.

No matter what happens, one thing is certain — I’m ready to ruin our friendship.

Ruin the friendship is a best friend’s sibling romance, part of the Love at Sea multi-author series. Get ready to set sail through the Caribbean on Festival Cruises’ most alluring voyage with eight of your favorite authors – happily ever after guaranteed! 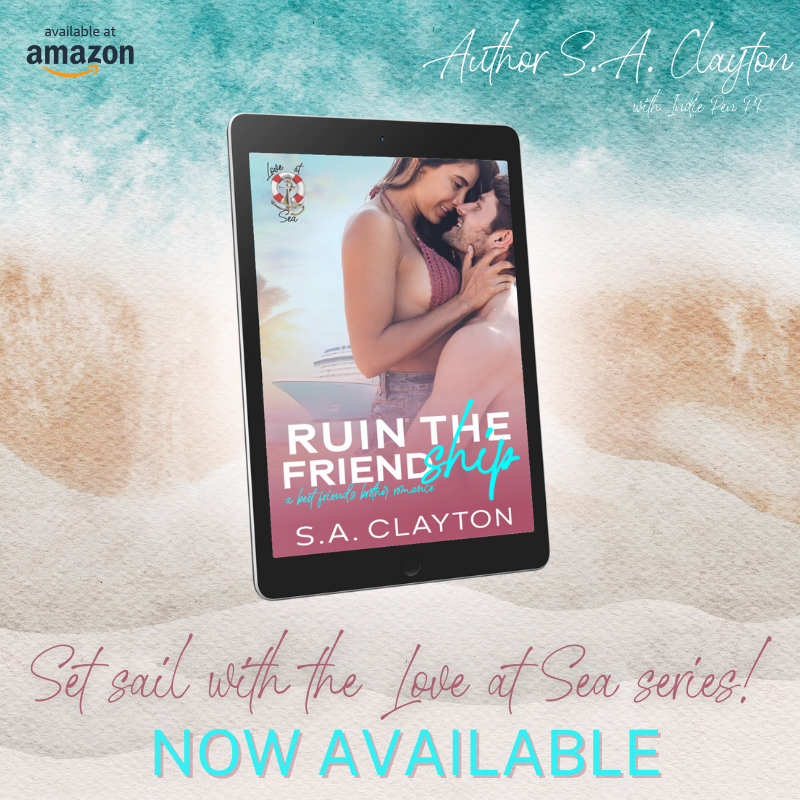 The instant I open the door and see the figure bent over the hood of his car, my heart stops. I haven’t seen Kacey Reid since prom night when he drove Kelsey and me home after our disastrous dates ditched us at the after-party. I secretly fell in love with him that night, basking in the way the rage washed over him when Kelsey explained what happened, loving the way his eyes softened when he met my eyes and gave me his jacket when I was cold. I tried to forget him, even moving to the other side of the continent, but nothing worked. I was still in love with my best friend’s twin brother.

“Well look who decided to finally come back home after all these years,” Kacey teases, that knowing smirk playing at the edges of his lips as his blue eyes latch onto mine. I take a breath, wondering how one man can change so much and yet so little in three years. His once shaggy blond hair is cut short, tendrils falling strategically in front of his face, making him look older than his twenty-one years. His crystal-clear blue eyes still cause my insides to flip every time they’re trained on me and those tattoos…they’re new. Both arms are covered and from the little I can see of his chest through his white t-shirt, that’s covered too.

“I’ve been home, you’re just never here,” I quip, loving the way his eyes shine with humor as they meet mine.

“Touché,” he says before grabbing the rag from his back pocket and wiping the grease from his hands. I wonder what those hands would feel like against me, how the calluses on those fingertips would feel gripping me tightly as I…I shake my head, silently berating myself for going there when I know I can’t.

“I didn’t know you were home?” My voice cracks as I make my way to the fridge on the other side of the car. Kacey’s eyes follow my every move. There was a time when I would have begged him to look at me the way he is right now, but I have to keep my distance because from what Kelsey has told me, he will ruin me.

“I’m not. My new place doesn’t have a garage to store this baby,” he says, shutting the hood. “I keep it here and Mom and Dad let me come over and work on it.” I nod, turning so my back is against the fridge, and our eyes connect.

“Are you sure it’s not just a ploy to get you to come home more?” I say, his eyes widening as if the thought never crossed his mind.

“Well shit,” he mutters, a small laugh leaving his throat as I smile, turning back around to get the beers out of the fridge. The second my back is turned and the door is open, I sense him behind me.

“Kacey, what are you doing?” I whisper just as his fingers grip my waist, hauling me back until I can feel all of him. Every hard inch. My breath shudders as those deft fingers trace over my hip and rest just over the waistband of my bikini bottoms.

“Do you know how many times I’ve told myself to stay away from you?” he mutters against my neck, the stubble on his jaw causing delicious friction against my skin. “Do you know how many times I’ve had to remind myself that you’re my sister’s best friend?” I shake my head, my fingers gripping his wrist as the tips of his fingers drop just below my bikini, causing every breath to leave my lungs.

“Kacey we can’t do this,” I whisper, closing my eyes and wishing we could, wishing I could feel what his lust feels like against me, what his passion would feel like inside me.

“I know,” he growls against the shell of my ear, nipping at the lobe until I’m putty in his hands. “But that doesn’t mean I can walk away without a taste…” 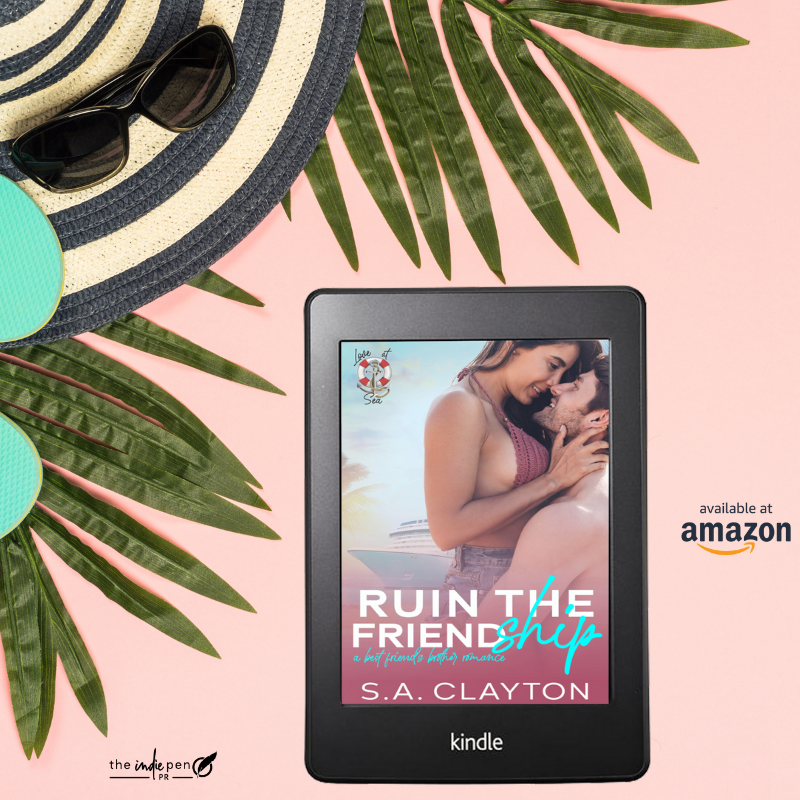 ⚓️Review⚓️
Ashley is estranged from her parents, but her best friend Kelsey and her family were always there for her. It is for that reason that she is cautious about getting romantically involved with Kacey, her best friend’s brother, but the two of them alone on a romantic cruise might just change everything.

Kacey has always known that Ashley is the woman for him and now he needs to convince her. He is determined to show her that she has always been a part of their family and them being together only makes it official.

A heartwarming romance that is not only fun but has a little turmoil as well as two people who have always belonged together finally find their way to each other. 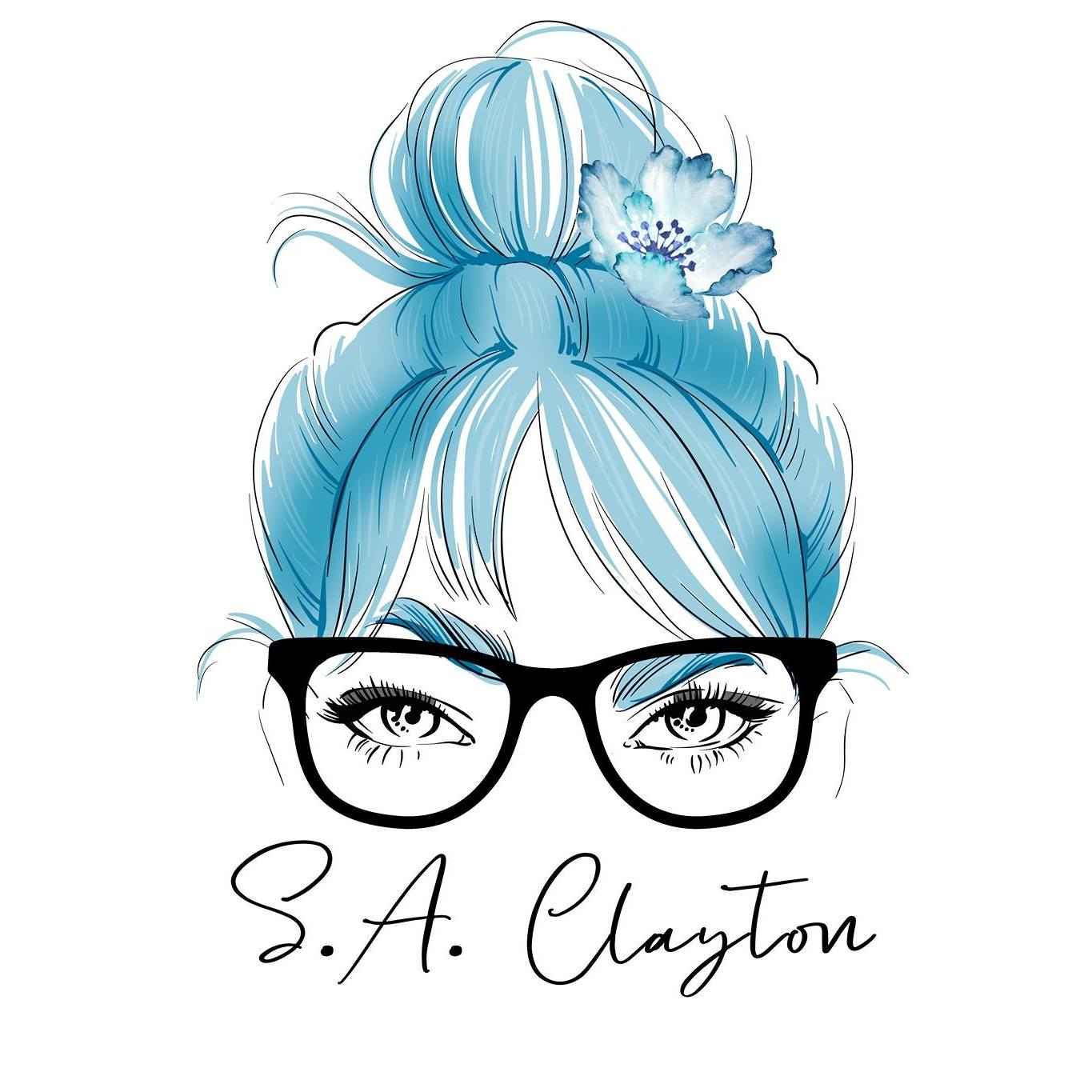 S.A. Clayton lives in a small town outside of Toronto, Canada with her husband and her scary large collection of books that seem to take over every room.

She has worked on both sides of the publishing industry, both in a bookstore and for actual publishing companies. Although she loved both for different reasons, she found that writing was her true passion and has spent the last few years breaking into the industry as best she can.

She is a lover of all things romance and began her writing journey in her late twenties. Since then, she has immersed herself in the romance genre and couldn’t be happier.

When she’s not writing or reading, she enjoys binging a great Netflix show (Stranger Things anyone?), baking (because who doesn’t love cookies!), and spending time with her family.