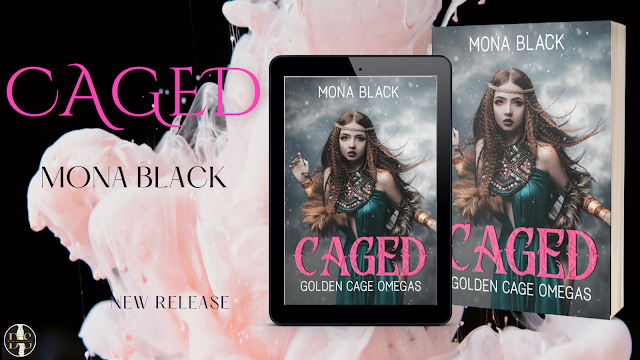 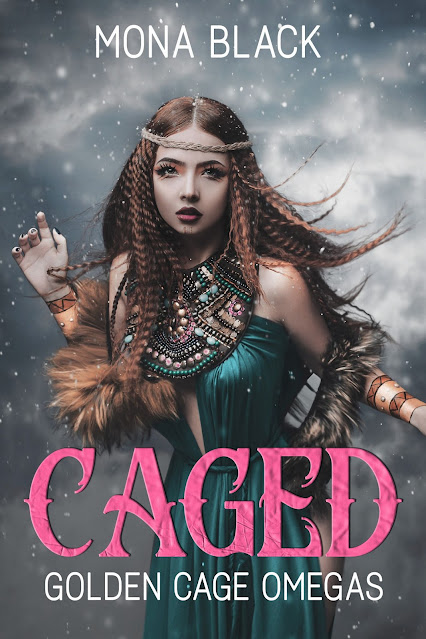 Alphas and omegas are considered non-humans. We’re thought of as animals, some of whose traits we share. Furry ears and tails, anyone? Oh, and also mating cycles. Finding out I am an omega in a world ruled by betas was only the beginning of my troubles…

And then, my world is upended once again when my parents are killed by a pack of rogues. Escaping, I head to the city, and there I am captured and sent to the Golden Cage.

A Cage where omegas are kept, to be sold to an alpha pack. To the highest bidder.

I came to the city to find a gang of boys I met many years ago, to beg them for help, but instead I am being sold to an unknown pack, the choice not up to me.

What are the odds that the gang of boys I once knew, all grown-up now, would bid for me?

* CAGED is a full-length Reverse Harem Omegaverse standalone novel. No shifting happens in this book. It contains M/M and steam. * Mona Black is a Fantasy Romance and Reverse Harem Romance Author. She writes about Fae, shifters, and witches, and of course, love. She loves fairy tales and long sagas of magic, and especially loves characters who redeem themselves and find their happily ever after.

Join my newsletter for news of my releases and promotions: